Development and conservation can coexist, proven by towering elm in West Cambridge 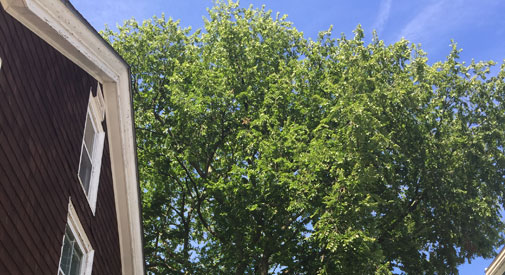 Development and conservation can coexist, proven by towering elm in West Cambridge

By Lettie Cabot and David Meshoulam 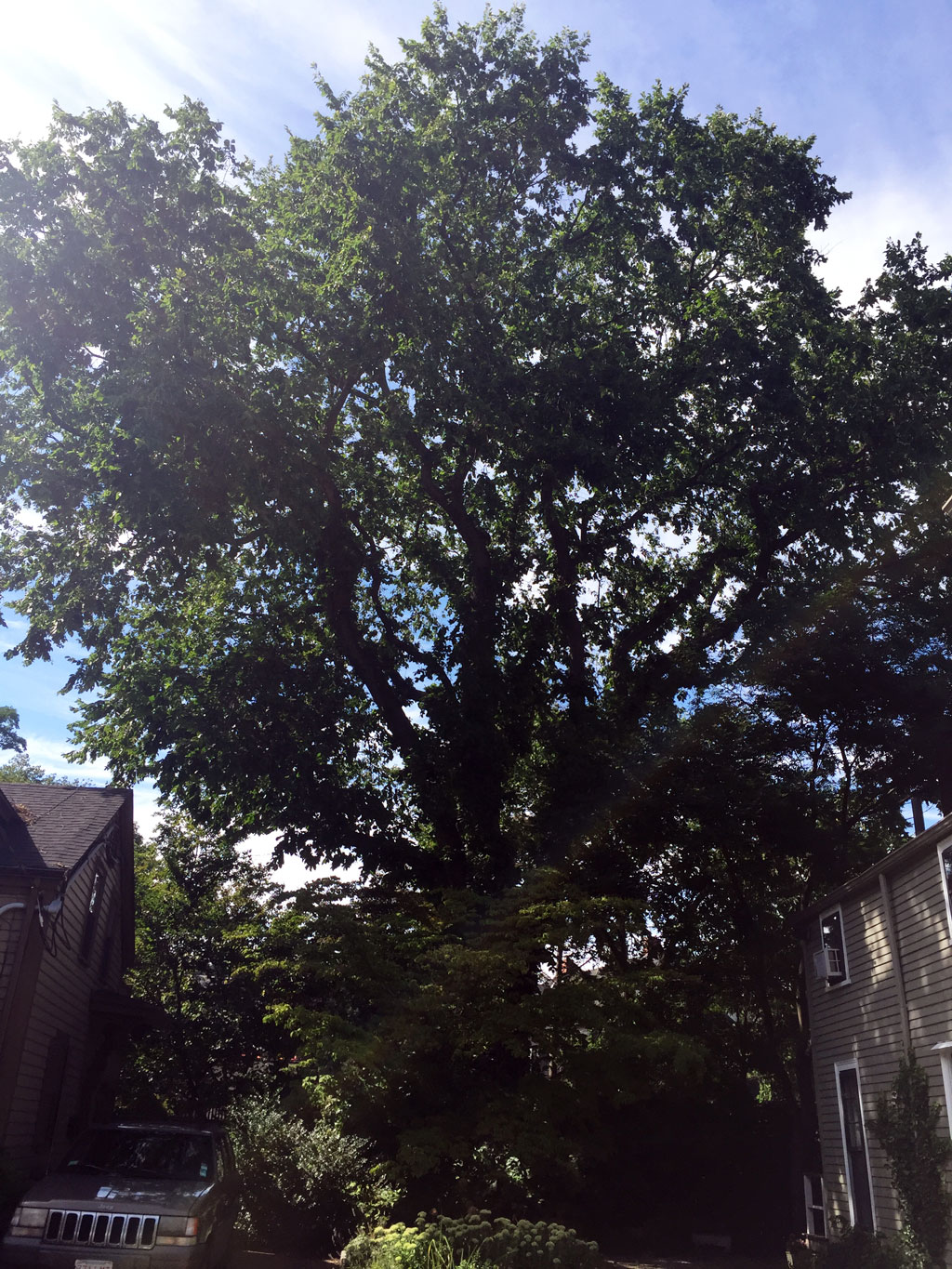 The tree in the back yard at 6 Hilliard Place riveted Rob Straus. The century-old Ulmus americana, with a canopy cover of nearly 50 feet, is one of the few remaining American elms in the city – a survivor of the Dutch elm disease that decimated nearly the entire elm population in towns and cities across America. Even after Straus moved out in 1985 and rented out the house, he continued to provide care and attention to the tree, spending thousands of dollars to ensure its health.

When his Mount Auburn Street neighbor decided to develop the property abutting the yard, Straus’ first instinct was to defend the tree against any danger a new development might pose. His immediate concern was the disruption of the root system, which can extend the length of the aboveground canopy. Because this network extended well beyond Straus’ property line and into the neighbor’s land, there was little legal recourse. Instead, Straus worked with his neighbor to find a solution that respected the needs of the developer but would save the tree. 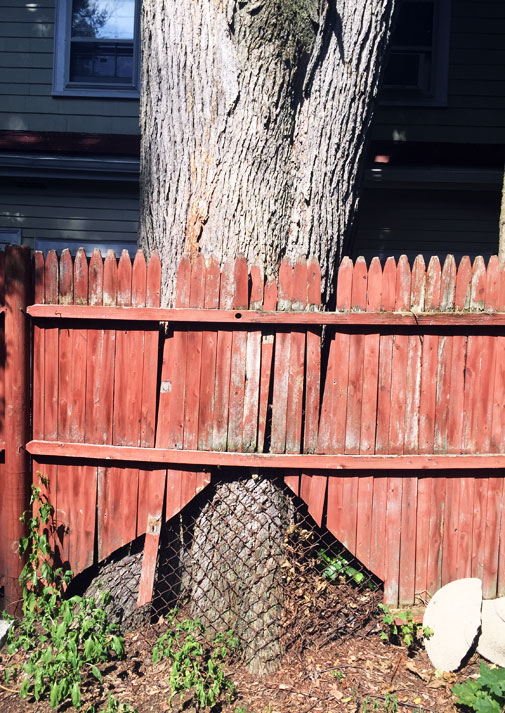 Straus approached Allan Fenner, an arborist at SavATree, who assessed its health and value. The results were astounding: The elm was valued at $26,300. After careful consideration, Straus and Fenner developed a plan to stabilize and protect the tree throughout construction. This included treating the tree with Paclobutrazol, a growth regulator that would help the tree recover after construction; trimming the canopy; pruning the roots with an air spade; and creating a safety zone around the tree at the construction site to avoid soil compaction. Finally, after construction, a de-compacting process would be undertaken to allow the roots to continue to grow in the soil.

So far the developer and architect seem on board and are taking into account Fenner’s suggestions as they move forward with their plans and apply for zoning approval. Straus sees the process as a win for all: The owners are able to develop their site and curry favor in the neighborhood; Straus and his neighbors continue to enjoy the elm and its benefits; and, of course, the tree continues to thrive.

“It’s not possible in a city to completely stop development, but if you’re willing to work with developers and to be realistic, you can often come up with useful compromises which will work and limit development in practical ways,” Straus said.