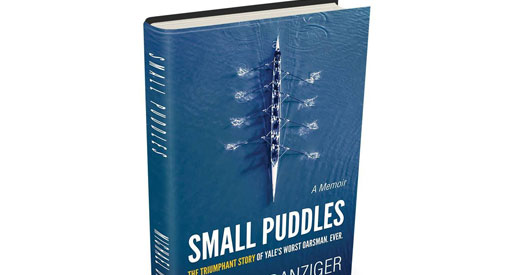 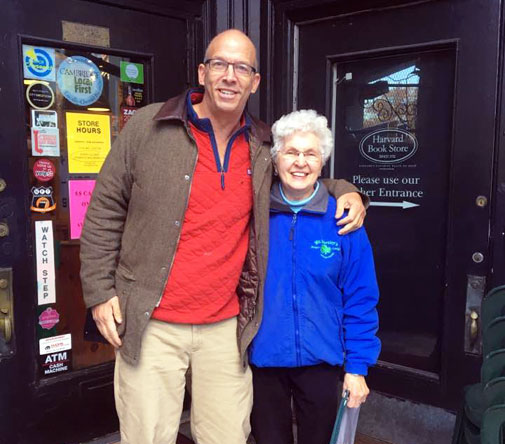 While some might think twice about bringing a book with “Yale” in the title to Harvard territory, Michael Danziger has a different set of standards: He’s the guy who stuck with the college crew team for a full four years despite total athletic ignominy. 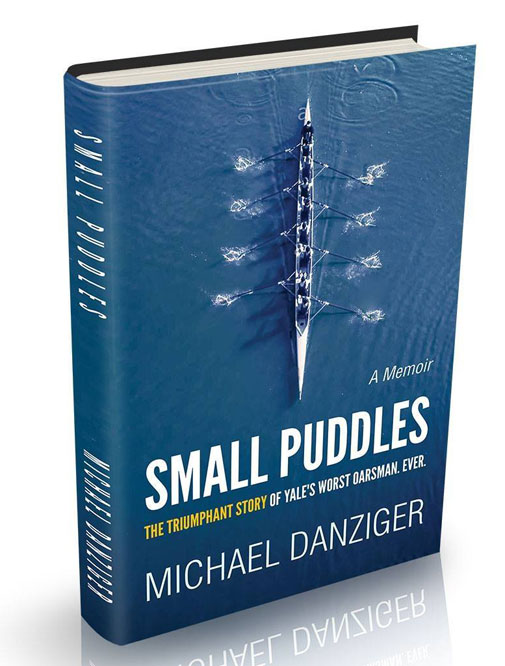 Danziger’s memoir is “Small Puddles: The Triumphant Story of Yale’s Worst Oarsman. Ever.”

Danziger – author of “Small Puddles: The Triumphant Story of Yale’s Worst Oarsman. Ever.” – reads at 2 p.m. Sunday at the Riverside Boat Club, 769 Memorial Drive, in the Cambridgeport neighborhood, for a self-deprecating look at those college glory days.

“My coaches were a bit frustrated with me,” Danziger told NPR’s Bill Littlefield. “Because they wanted to get rid of me.”

He lettered only by serving as the school mascot at football games, which brought on its own humiliation: Having the school’s actual dog mascot slip its leash and attack him, ripping away at his costume in front of a crowd of around 45,000. (“I did end up with a letter, but … not because I achieved anything,” Danziger said.)

Danziger, though, went on to Oxford and Harvard, becoming a teacher and founding the Boston-based Steppingstone Foundation, which has helped move 2,7000 students from underprivileged and underrepresented backgrounds toward college graduation.

Even his memoir of inspiration – described as being about rowing, rites of passage, persistence and trying to find your way – wasn’t easy to complete.

“The original draft of the book was on the computer that he sold because it was too big to fit into the trunk of his car,” according to the author’s bio. “Danziger never printed or saved that draft. So he started over.”

The rewrite took more than 30 years.

His publicity tour, in which he talks with humor about the role failure has played in him helping others find success, takes place against a dramatic backdrop: Two years ago Danziger was diagnosed with advanced renal failure. He is waiting to receive a new kidney, buoyed by support from the men he rowed with – or wasn’t good enough to row with – from his days of Yale crew.