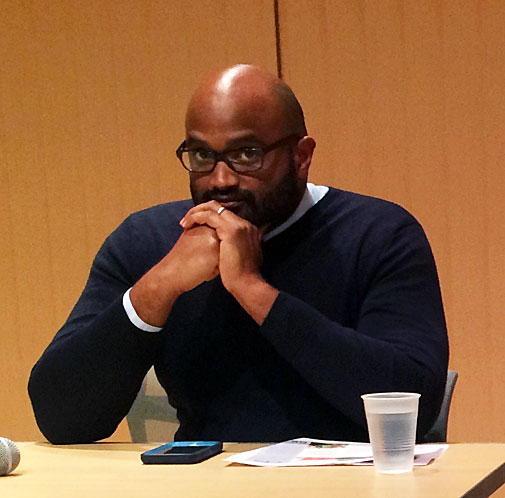 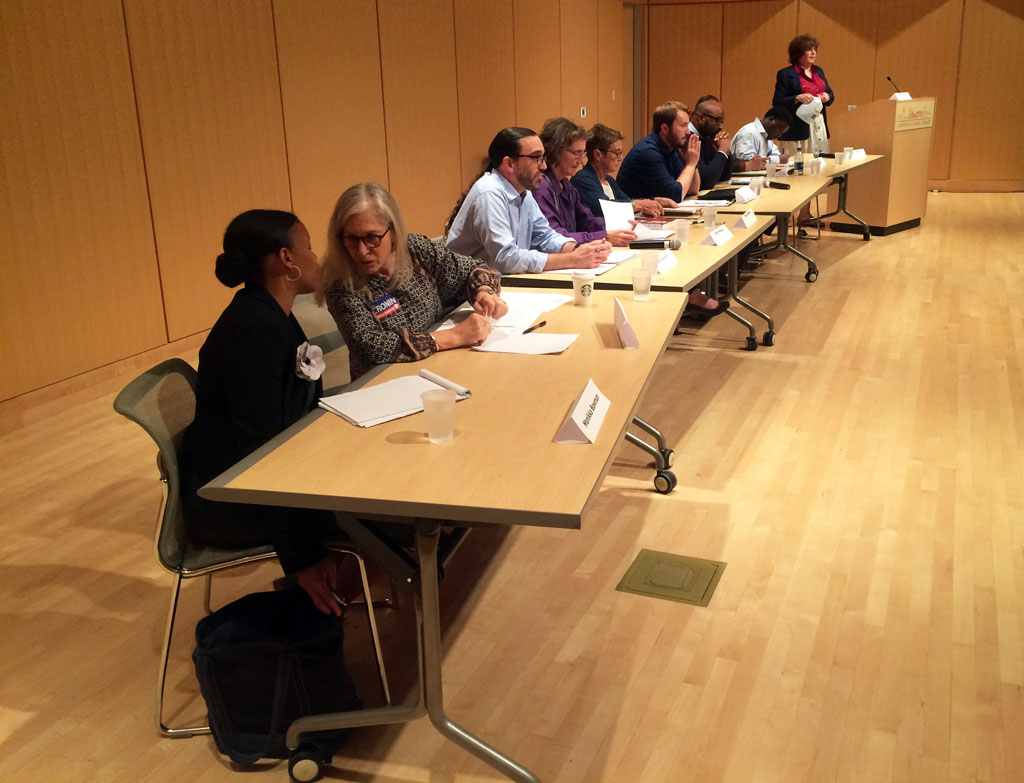 The toxic atmosphere around charter schools in Massachusetts was largely absent from an election forum this week, when nine out of a dozen candidates for School Committee gathered to take questions from a moderator and small audience.

Many candidates acknowledged failings in Cambridge public education as behind some adoption of the schools – which are run privately, without the rules or oversight of public schools, but with expenses paid for and subtracted from taxpayer-funded school districts. The dialogue took place Thursday, at a forum held at the Cambridge Main Library by the Ward 6 Democratic Committee.

The most commonly cited failing that might drive attendance away from public schools was in retention of teachers of color, resulting in classrooms where students of color didn’t see role models or equity.

“I was speaking with a father who had recently had his daughter taken out of the Cambridgeport School,” challenger Laurance Kimbrough said. “One of the reasons that he did it is that his daughter came home one day and asked him a question: ‘How come none of the teachers look like me?’”

Manikka Bowman, seeking a second term, said the persistent academic achievement gap between students of color and others – anywhere from 15 percentage points to 45 percentage points, depending on the cohort, she said – made it impossible for her to condemn charter schools or their use. “I’m not going to sit here and tell parents of color they cannot have other options in a school system that I am responsible for, where I look at these statistics and it literally makes me sick,” Bowman said. “We need to work really hard as a school body to change the dynamic so those families will come back to our school district.”

Patty Nolan, running for a sixth term, said bluntly that she’d supported a contentious ballot question about charter schools last year because of studies showing low-income students of color did better at charter schools not just in Massachusetts, but in Cambridge. “Who am I to say as a white, privileged person who could have sent my kids somewhere else that they should not have that choice?” she asked, echoing a comment by Bowman.

Until local public schools improve to where no family needs to choose a charter or private school, Nolan said, the district should ensure it is learning from the smart things charters are doing. She cited a program worth emulating from each in the city, including science and nonprofit internships and extended, immersive travel to Guatemala.

Cambridge was lucky to only have three charter schools, all of which were high-quality and nonprofit, said the third incumbent at the forum, Emily Dexter, also seeking a second term. “I don’t want to see more charters come in to Cambridge,” she said, “but I would like to see those charters’ ideas get pushed into our own schools. We should be collaborating.”

Pointing to an experimental high school moving forward in Somerville that will run 10 a.m. to 5 p.m. year-round and embed students in projects rather than traditional classrooms, Dexter said that the creative energy of dissatisfied parents should be pushed into public schools rather than be coopted by charter schools, whose ideas should also be shared. “We should be collaborating,” she said.

Hard line from some challengers

Challenger Jake Crutchfield, a teacher with degrees in finance and political science, acknowledged that such sharing of innovations had been intended for charter schools, but “I have not seen that sharing happen.” With “no accountability for charter schools and no clear pathway on how to share,” he drew a harder line against them than other candidates and said it was more important to keep the focus on supporting public schools.

Elechi Kadete, making a third bid for a seat on the committee, was even more resistant to acknowledging a role for charters in the city – despite himself being a person of color educated K-12 in the city’s public schools. “You can receive a top-notch, excellent education through the Cambridge Public Schools,” Kadete said, criticizing charters as lacking transparency and accountability. “There’s no need for charter schools in Cambridge … I don’t support them.”

Among the remaining candidates at the forum, Fran Cronin agreed that “the best defense against charters are great public schools,” and that Cambridge needed to be looking at what it was failing to provide families of color and others. Chief scientist of the edX open education platform Piotr Mitros took a “politically agnostic” approach that called for simply looking at what educational approaches worked in the schools and what did not, but otherwise resisted answering a complex question in the short time provided – 45 seconds. Second-time challenger David Weinstein, a former full-time school teacher now in higher ed, noted that while there are things charter schools may be doing better than local public schools, “they may be doing something we are providing, and we’re not doing a great job of sharing [it].” Still, he said, “We need to make sure we are identifying our shortcomings.”

Incumbent candidates Fred Fantini and Kathleen Kelly and challenger Will MacArthur were not at the forum.

The conversation about the achievement gap, charter schools and students of color was given an extra edge by Kimbrough’s introduction of himself as a candidate:

The committee has seven members – the seventh being the mayor, who is appointed by the City Council. Because committee member Richard Harding is running for the council rather than for reelection, there is guaranteed to be a new member in one of the six seats contested in the Nov. 7 election.

Among the dozen candidates for the next committee term, there are three people of color – Bowman, Kadete and Kimbrough – and five women, including Bowman, Cronin, Dexter, Kelly and Nolan.

This post was updated Sept. 20, 2017, to correct that Elechi Kadete is running for office for a third time.