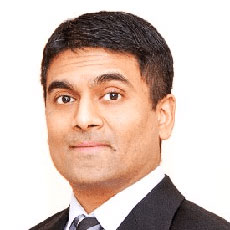 Born and raised in the Mississippi Delta to Indian immigrants, Hari Pillai said he moved to New England because he knew his values and ideas would be welcome. “New England, in general, and Cambridge, in particular, has always attracted progressive thinkers from all over. This place has always been a sanctuary for forward-thinking ideas,” he said.

Pillai has a bachelor’s in engineering from Mississippi State University and a master’s in engineering from Rensselaer Polytechnic Institute. Though he works as an account manager at Juniper Networks, he has long interested in politics and has volunteered for campaigns since 1994. He has also been a frequent volunteer, including as a grant reviewer for Massachusetts Service Alliance, at Sharewood Medical Clinic in Malden, as a greeter at a Cambridge Vipasana Center and at the Massachusetts Correctional Institution in Shirley.

Internet monopoly: “Given that I’m an account manager at a high-tech company with plenty of negotiation and project management skills and that I have family who worked in the IT sector, I think that I’m in a position to be a productive member of the Broadband Task Force.”

Low voter turnout: “I have an idea that would double voter turnout. Why am I fixated on increasing the voter turnout at the local level? Because I believe that this would have a cascading effect on other municipalities, given that many cities scrutinize our own policies, and perhaps internalize much of what we do.”

Pillai is fascinating – an Indian who speaks with a Delta twang, a Buddhist with a Bahai wife who has attended a Catholic church. His enthusiasm is apparent, his inspiration to run (that is, the shock of Donald Trump’s election) compelling and his progressive bona fides are solid.

But that progressive enthusiasm may get a little ahead of the facts in some cases, such as urging a higher rate of inclusionary zoning for affordable housing in Cambridge by saying San Francisco exceeds us with a 25 percent rate. Even as an overview, this seems off; while there are three neighborhoods where that is true, the overall code puts rentals at 18 percent and ownership projects at 20 percent, right where Cambridge is, on projects of 25 units or more. In Cambridge, the rules apply for buildings with 10 units or more. Saying the rate is 35 percent in New York City is another exaggeration – even when saying it’s 30 percent, the truth is again more complicated – and New York continues to suffer an even deeper affordability crisis.

All councillors will learn on the job, but attention to detail is as important on the campaign trail as it will be when making policy  from Sullivan Chamber.