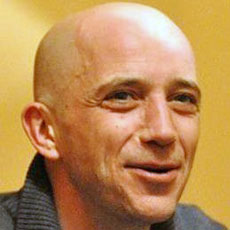 Levy, of Belgian descent, has been a Cambridge resident since 2003 and a neighborhood activist since 2006. A software engineer when he is not being “an activist for justice and Democracy,” Levy said he became a U.S. citizen a few years back specifically to run for City Council, though he has been active in city politics for far longer, speaking out on development at the former Edward J. Sullivan Courthouse in East Cambridge and even more vocally on the city’s halting, uncertain efforts at transforming the Foundry building.

Lead a conversation about our current system of government, and how we can create a more democratic alternative , including term limits; publicly financed campaigns; and a directly elected strong mayor, rather than one elected by city councillors in a system that includes city manager leadership.

Install public broadband, because Internet access is an equity issue.

Levy’s platform is exceedingly clear: He wants an end to Cambridge’s Plan E Charter form of government, which he deems “a paternalist white privilege form of government,” and a return to a directly elected mayor. He seeks term limits, publicly financed campaigns and clarity and simplicity in processes that will lead to more transparency in municipal affairs.

Nearly every answer by Levy on the campaign trail leads back to the idea of quitting Plan E at the end of the current city manager contract, because he says the form has had a corrosive effect on Cambridge as a community and as a democracy. “We’re at a critical time in our city. The format of our government is why everyone’s [been talking] about affordability and the environment. We need a mayor because we need a vision for the city,” he has said. “Currently we have no way to establish this. The main directive of Cambridge is revenue. And that shouldn’t be. The main directive of Cambridge should be its people.”

“It’s really a catastrophe,” he says.

Levy has a provocative and perhaps appealing idea for voters who see a seemingly singleminded pursuit of wealth over all other concerns in Cambridge; agree blame for that falls on specific form of government; and are ready for radical steps and transformative thinking. But it would have been productive to pursue this agenda legislatively between City Council campaigns. While dramatic political reform of the kind Levy seeks may be pie in the sky, voters should remember his activism on the Foundry building in East Cambridge, where he had real impact in getting the project to where it is today.