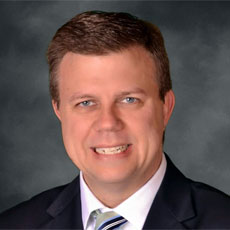 Toner is executive director of Teach Plus Massachusetts, where he works to engage and elevate the voices of teachers in local, state and national education policy, but started his career as a seventh- and eighth-grade social studies teacher at the Harrington Elementary School in Cambridge. In 2001 he was elected the president of the Cambridge Teachers Association, and later vice president and president of the 113,000-member Massachusetts Teachers Association, where he served from 2006 to 2014.

He has served on numerous local, state and national task forces and committees, and is an appointed member of the Massachusetts Board of Higher Education and  Education Commission of the States. He was a participant in Gov. Deval Patrick’s Readiness Project and served on Gov. Charlie Baker’s Education Transition Committee.​

Toner attended Somerville and Cambridge public elementary schools and graduated from Matignon High School before attending Boston University’s College of Liberal Arts, where he earned a bachelor’s degree in political science and international relations. He holds a master’s in secondary education from the University of Massachusetts at Boston and a Juris Doctorate from Suffolk University Law School.

He lives in North Cambridge with his wife, Susan Connelly, and their children, Grace and Jack.

Bringing civil discourse back to local government. I am a very solutions-oriented person and have worked hard at developing collaborative relationships in all of the work I do.

Maintaining and building upon Cambridge’s very solid foundations and improving upon the services we provide to residents. We need to focus on developing regional relationships and plans to tackle the issues of affordable housing, income inequality and transportation, including safe bike lanes. Cambridge has done great work in these areas and we can do more as a city, but we are not going to be able to solve the housing crisis or improve transportation infrastructure without coordinating and planning with other surrounding cities and towns.

Addressing income inequality. We need to create pathways to prosperity for all of our residents. This requires not only a strong public school system but coordination with all of our city departments, nonprofit programs, higher education institutions and union apprenticeship and employer internships to provide all of our residents with the support they need to access the opportunities in our robust economy here in Cambridge.

David Maher, retiring city councillor and former mayor, and president of the Cambridge Chamber of Commerce

Barry Bluestone, director of the Dukakis Center for Urban and Regional Policy, Stearns professor of political economy and founding dean of the School of Public Policy & Urban Affairs at Northeastern University

In a field of richly qualified candidates, including several with a solid backing of established Cambridge players, Toner arrives so anointed that Election Day already seems to be history. While the ballot box can always hold surprises, Toner’s deep, earned experience and his roots in the city make him seem like a lock for a council seat – which is why it’s good to hear that he arrives with an emphasis on collegiality and regional solutions. (There’s possible some opposition will linger from his emphatic support of the PARCC, an unpopular and abandoned standardized test that the Cambridge Education Association opposed.)

Toner has made a point of saying he wants to make existing programs work better, and certainly not everyone needs to arrive with a bunch of initiatives to propose, but we would hate to see his assertion that “we already have more than enough programs” make him resist proposals such as an Office of Housing Stability, creation of a public ombudsman or hiring of legal counsel to serves the council’s interests, rather than those of the city administration. Cambridge is a great city in many ways, but it isn’t perfect and must not only correct its flaws, but change with the times.

Such blanket statements are worrisome, no matter how many endorsements a candidate gets; surely such things have also been said on a national scale over the years, likely before the creation of the Federal Elections Commission, Occupational Safety and Health Administration, Nuclear Regulatory Commission, Consumer Financial Protection Bureau …