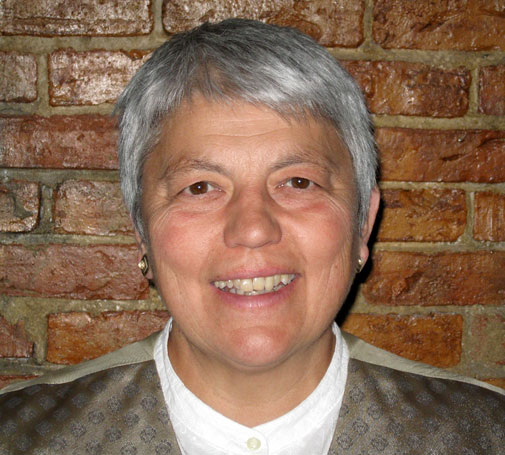 Elaine DeRosa, seen in 2010, is retiring from the Cambridge Economic Opportunity Committee.

After three decades as executive director, Elaine DeRosa is retiring from the Cambridge Economic Opportunity Committee, a nonprofit anti-poverty group.

The move was announced Thursday by board president Moana Bentin, along with DeRosa’s replacement: Tina Alu, the group’s associate director, herself a 30-year veteran in poverty alleviation at CEOC.

DeRosa assumed leadership of the community action agency in 1988 – 23 years after its founding as part of President Lyndon B. Johnson’s War on Poverty – and in her first year helped open the Teen Health Center at Cambridge Rindge and Latin School. (“We were doing school-based sexuality education long before any other community, and doing it without fanfare,” DeRosa said, noting that the group’s Know Your Body Sexuality Education Program began in 1981.)

More of DeRosa’s work focuses on housing, though, and she has become the group’s public face in countless appearances before the City Council, either during public comment or when called upon to provide data and expert analysis. “Elaine is brilliant, strategic, fierce and tireless. She is a trusted adviser and advocate extraordinaire. She will be sorely missed in her role,” said Ellen Semonoff, Cambridge’s assistant city manager for human services.

One of the most significant contributions began in the mid-1990s, as DeRosa’s worked to find a legislative approach to preserving the affordability of apartments relied upon by low- and moderate-income residents, such as at Chapman Arms in pricey Harvard Square – an example of buildings at risk of converting to market-rate or luxury housing when the owners prepaid their mortgages or opted out of rental subsidy contracts.

The CEOC, tenants and other housing advocates worked to get Chapter 40T – “An Act to Preserve Publicly Assisted Housing” – enacted by the state Legislature and signed by Gov. Deval Patrick in 2009, and Chapman Arms became the first development in Massachusetts preserved under the law.

“We spent many an evening in the parlor with some great ladies strategizing about what they were going to do,” DeRosa called. The tenants convinced Harvard University to extend the terms of the ground lease of the property, allowing a local nonprofit to buy and protect 25 units – a feat replicated citywide over the years at Inman Square Apartments, Norstin Apartments (now the Bishop Allen Apartments), Cambridge Court Apartments and Putnam Square Apartments.

In addition to mobilizing hundreds of tenants annually to petition the City Council and a city-appointed committee to use the maximum 80 percent of Community Preservation Act funds for affordable housing preservation, DeRosa and the nonprofit provide lower-income people with tenant advocacy services – 123 in the past year, Alu said – and support tenant associations in approaching policymakers directly.

“Her time at CEOC has been one of pushing to help others [with] taxes, housing and the intangibles that make … the real meaning of community,” said John Drew, president and chief executive of Action for Boston Community Development.

A celebration of the accomplishments of DeRosa and the nonprofit will be held at 6 p.m. Feb. 23 at WeWork Cambridge, 625 Massachusetts Ave., Central Square. The event is open to the public. Registration is here.