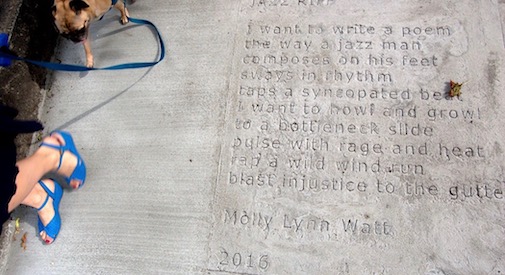 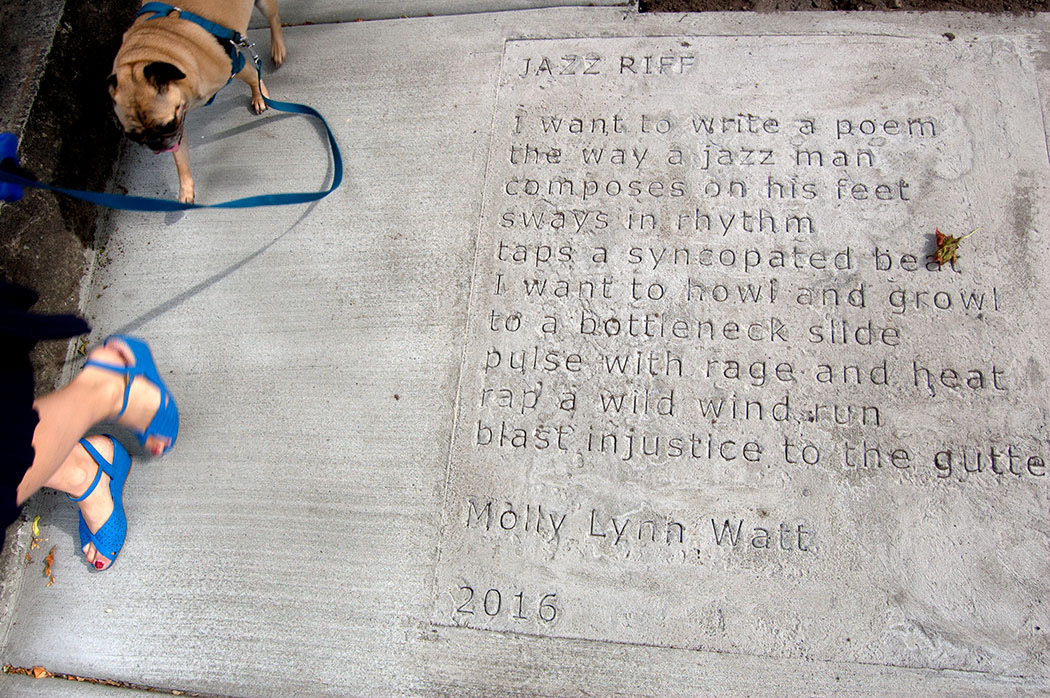 Fifteen squares of sidewalk citywide have already been stamped with the short works of Cambridge poets, and more indelible words will be selected between Tuesday and March 20 in the city’s fourth annual Sidewalk Poetry Contest.

“It’s a wonderful feeling to know that the poem is going to be there for a long time and that people will see it,” said Carolyn Russell Stonewall, whose work was chosen in the first contest, in a video produced by 22-CityView. 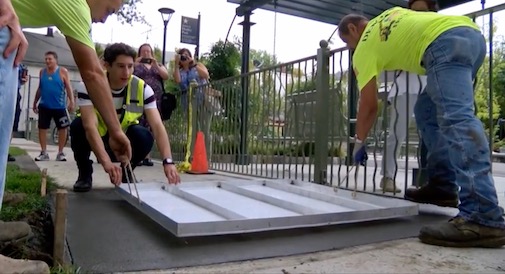 Cambridge Department of Public Works employees impress a poem by Rose Breslin Blake into a sidewalk by the Hurley Street Park in East Cambridge in 2015.

The Cambridge program, inspired by a resident’s suggestion, takes St. Paul, Minn., as a model. St. Paul began its sidewalk poem program in 2008, itself inspired by artist Marcus Young (as artist-in-residence for the Department of Public Works!), and over the years added some 500 poems to city sidewalks. An example closer to home: the poetry stamped into bricks on the platform of the Davis Square T stop.

The inaugural year of the contest drew more than 300 submissions from residents ranging in age from 4 to 95 years, and Kelly Dunn, of the Department of Public Works, told 22-CityView that the program continued to be popular. “We receive emails and calls all throughout the year wanting to know when is the program going to start again, when can people submit poems?” she said.

Peter Payack, a former poet populist, said the appeal of the program was obvious.

For information and to submit a poem, visit cambridgema.gov/sidewalkpoetry.