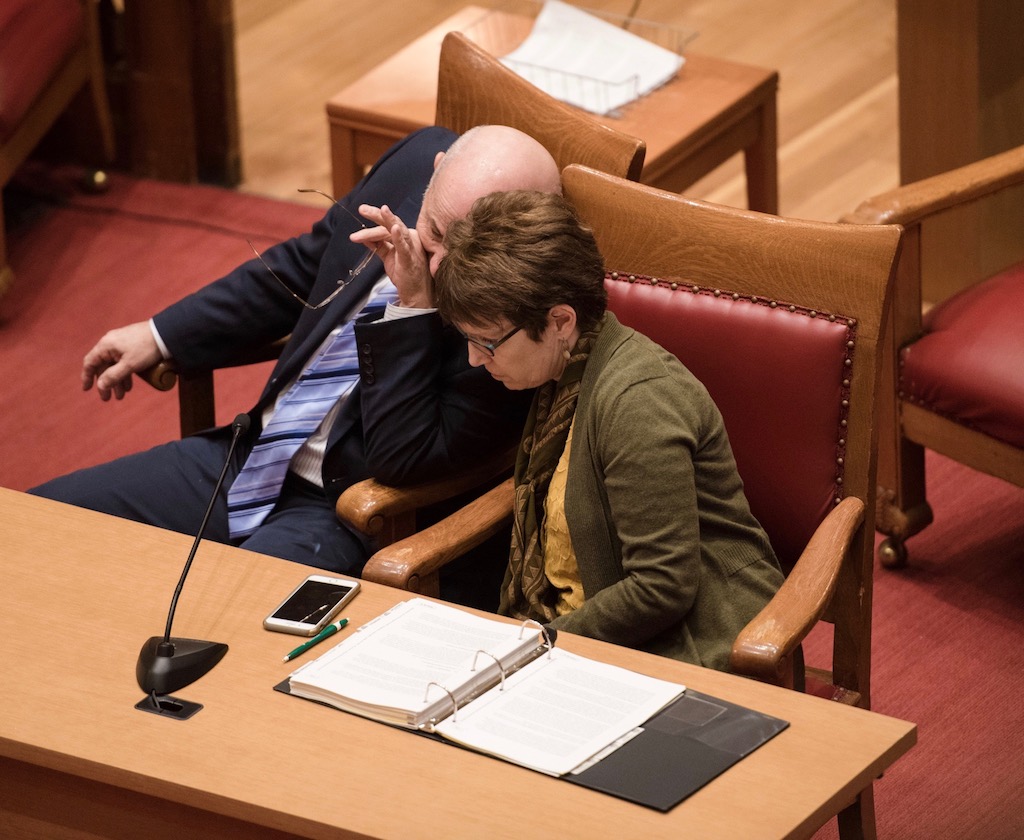 The upcoming $220 million renovation of the Tobin School loomed large in discussion of city finances Monday, when officials cheered another year of stellar credit ratings while again warning that spending on giant capital projects would eventually have to end.

“We have a lot of debt coming up – about $380 million projected through 2022, and that only includes $100 million for the Tobin,” City Manager Louis A. DePasquale told city councillors. “There is a level that even the City of Cambridge has to say, we may have to slow down.”

The occasion was the presentation of ratings by three agencies – Cambridge is one of only 33 municipalities that spends about $90,000 to be rated by Moody’s, S&P Global Ratings and Fitch, and got top scores from each – in advance of Thursday’s sale of $91 million in bonds to pay for projects such as the Tobin. Having the raters’ approval means investors compete to buy the bonds because they know Cambridge will pay back their money reliably, which lowers the amount the city has to pay.

Last year, “there were 12 to 15 institutional investors interested in purchasing our paper,” and that can translate to a quarter of a percentage point in savings – $1 million or $2 million in yearly savings over the life of the issue, said David Kale, assistant city manager for finance. He told councillors to expect a true interest cost of approximately 3 percent on the bond sale.

Cambridge has pulled off a trifecta of top credit ratings every year since 1999. But this was only its second year for “minibonds” sold to residents who want to invest in their own city. In the inaugural experiment, $2 million in five-year minibonds sold out to 240 residents; this year the city tried going up to $2.5 million but found the market smaller, not bigger, and sold “just under $2 million” to 220 people, Budget Director Sarah Stanton said. The balance of the minibond issue will be rolled into the larger sale Thursday.

With three school projects costing about a half-billion dollars and other capital projects such as sidewalk, sewer and water projects on the books, DePasquale said the credit rating agencies gave Cambridge plenty of scrutiny.

“We had long hearings with them, and one of their concerns was about out debt is coming up pretty rapidly,” DePasquale said. “But all the other areas in the planning and the fact we have such a large debt stabilization fund clearly played a factor on our ratings.”

The city’s ability to collect money was a factor, and DePasquale called Cambridge “very fortunate” in having taxpayers who seemed all but eager to give. “By the time the first 30-day notice is out, we’ve collected over 99 percent of our taxes,” he said. “That is unheard of.”

Another factor is having a large free cash fund built up over the past several years to a series of record amounts, now totaling about $211 million despite the city spending more than $30 million of it annually on building projects.

“It’s not about growing free cash, that’s never been the intention. It’s really about making sure that when needs come up we have the money to support them. We know that next year there are some projects coming up that will really have an impact,” DePasquale said to a question from councillor Dennis Carlone. “The rating agencies asked the same question: Do you see it continuing to grow? I don’t.”

“This year I think we’ll be at the $211 million mark again, but the following year we’ll have some reductions,” he said.

The city regularly puts from $9 million to $12.2 million in free cash to lower what residents pay in property taxes. Money also goes into such things as the city’s debt stabilization fund, municipal improvements, security systems and “e-gov” projects. This year and for the next four years, $5 million will go to pay for the MBTA green line extension project’s Lechmere station, and up to $18 million will go toward transforming East Cambridge’s Foundry building into a community center, Kale noted. Sudden opportunities to create or preserve affordable housing would likely be paid for out of free cash, and improvements to fire stations.

Carlone’s question arose, though, because of a feeling of constraint.

“There’s a feeling like we’re planned out, that we can’t really start new initiatives,” Carlone said, questioning whether the property-tax giveback of up to $12 million a year was worth it if it meant giving up the flexibility to call for new projects.

In fact, new projects and expenditures pop up all the time, the city manager said, pointing to renovations of City Hall, school roof work, Harvard Square kiosk and plaza work and other emerging projects at 831 Massachusetts Avenue, 3 Bigelow St. and on River Street.

“I have a list of projects that I talk to Dave and [Deputy City Manager Lisa Peterson] about regularly that are not on the free cash list and they’re not on the bond list, so what are we going to do with them?” DePasquale said. “I have a list right now of about $150 million that’s nowhere but on our mind every day of how we’re going to figure out what to do with it. Just because it’s not in a plan, we’re not saying no.”