Twelve-hour, girls-only hackathon only part of how teens empower next tech generation 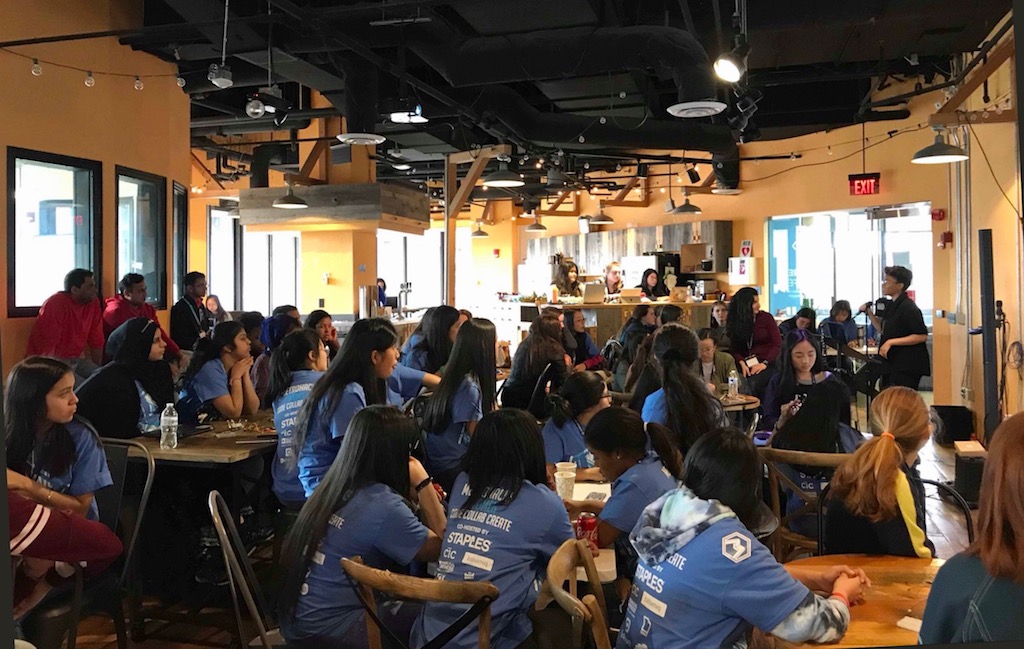 Twelve-hour, girls-only hackathon only part of how teens empower next tech generation

Netia McCray leads a beginner’s electronics and hardware workshop at MetroHacks Women on Saturday at the Cambridge Innovation Center in Kendall Square. (Photo: MetroHacks via Twitter)

Marching for safety from gun violence wasn’t the only remarkable thing groups of teens did this weekend. On Saturday, 11 teens including leader Annamira O’Toole, a Cambridge Rindge and Latin School student, ran a 12-hour, girls-only hackathon under the MetroHacks banner, occupying the Cambridge Innovation Center in Kendall Square to hear speakers and collaborate on tech projects – all fueled by donated Chipotle and Insomnia Cookies and a zeal to bring more women into science, technology and engineering.

“It was very hectic and a huge learning experience for our team, which is mostly new additions to MetroHacks because there were so many leaders who graduated last year,” she said. MetroHacks, founded in 2015 by high school students, is passed along regularly like the leadership of a student club.

The wrap-up of the MetroHacks Women event doesn’t mean O’Toole can relax. Now her team must gear up for a 24-hour hackathon to be held May 19-20 at the Harvard Student Organization Center at Hilles, on Shepard Street near Harvard Square.

O’Toole talked Sunday about her experiences since inheriting the executive directorship of the hackathons and why holding such events just for girls 13 to 18 is still needed. The conversation was condensed and edited for publication.

What kind of turnout did you get?

Not everyone can make it to the event, and the March for Our Lives was scheduled after we picked an event date, which probably drew some registrants away; probably 100 girls showed up from around Boston and Massachusetts, about half individual registrants and another half in two big groups – one a group of 25 girls from Queens, New York, who I think brought a lot more diversity to our event, and a group from Chicago that came with 15 to 20 girls. We had a few girls fluent only in Spanish, and we were helping people translate. Aspects like that made me feel it was very worthwhile to be doing this, because when you get people to travel from so far away, you know you’re creating something people want. We were not expecting that at all, and we were very surprised and happy.

One of the really great things is that you have people who are experts and come with a whole plan and are there to compete, and others who show up because they’ve never coded before. The girls from New York were complete learners, and they get to see other girls who are really into it. It’s one of my favorite things that I never even thought about before heading into this event.

Also, while I think the vast majority of signups were from high school students, we experimented with expanding the age range at the hackathon, and I did see a fair amount of eighth-graders. I remember being in middle school and signing up for events like this, or educational events at MIT or Harvard, and lying about my age. So when somebody on the team came up with the idea of expanding to middle schoolers, I was like, “Yes, we should totally do that.” 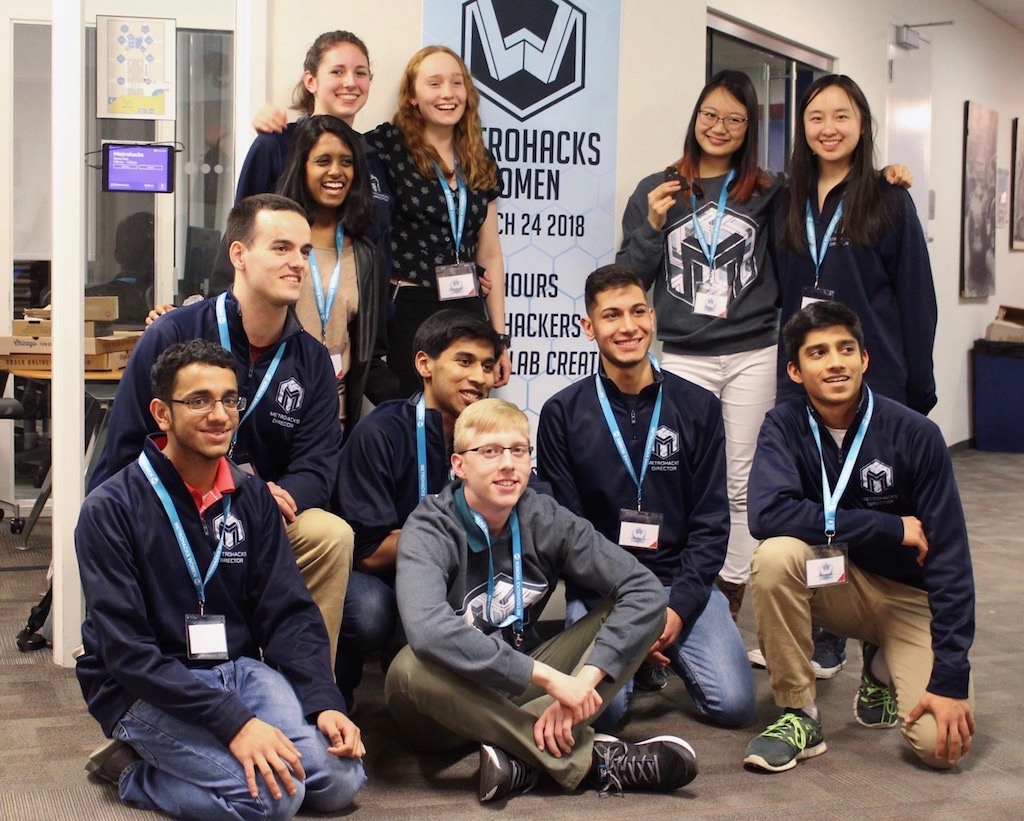 The team behind MetroHacks for the year, including Saturday’s girls-only event and a daylong May event still taking signups. Executive director Annamira O’Toole is center left at the rear. (Photo: MetroHacks)

Tell us some of the ideas that emerged from the hackathon –  it had social, health and environmental themes as starting points.

It’s completely freeform – you don’t have to do it in the categories if you don’t want to – and we had projects in every track. Health was very popular. A lot of people mix social and civic themes, and they’re categories we encourage girls to create in because we wind up with projects that help people and the environment.

One girl made an educational website with animated planets and an interface that lets you click through layers to see their mineral makeup.

An eighth-grader made an app that explained how to start an eBay business. She’d made her own to help sell used clothing, because she learned that clothing ending up in landfills was an environmental problem, and people kept asking her how they could do it.

There was one that connected to Fitbits to alert the user if they were exercising too much or too little, and to educate them on what good exercise is.

And there was one that could prevent sexual assaults or sexual harassment by using technology to send alerts to police, friends or nearby women who have the same app.

Will gender imbalance in STEM fields still be a problem for your generation? Is the situation getting better?

It’s getting better for our generation; right now I think it’s still a huge problem in the industry as a whole. If you think about famous entrepreneurs or industry leaders, they’re mostly men, and if you go to places like Harvard and look at the makeup of the computer science department, you’ll still get numbers for female representation of like 30 percent or 40 percent. Even in my generation of college majors, there’s a big gap, and that’s why our event is trying to create a safer feeling and a more empowering space for girls.

I take Harvard math and computer science classes. When I look around, not only do I see mostly men, but also that I’m a part of a white majority. I feel like I’m the type of person to feel empowered by being one of the only girls in the room, but that doesn’t mean there isn’t a really uncomfortable pressure I feel to represent being a woman in tech. My response is to work harder. I think that is a result of my really welcoming family, and not everyone has that.

I’ve had teachers who have shared articles with us about women in mathematics – one of our options for midterm papers was to write a response – and who might allow people from Women in STEM clubs to speak at their lectures, and have definitely made me feel welcomed. But there isn’t much for a girl in high school. There are a few organizations, and we want to be one of them.