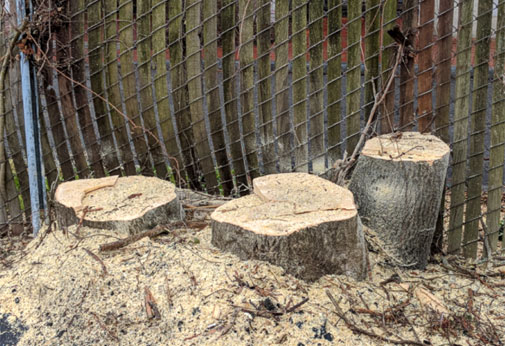 This meeting includes an order expressing worry about the loss of city trees – 7 percent of city trees were lost between 2009 and 2014, according to a flyover analyzed by the University of Vermont Spatial Labs – and asking for updated information, since a “thriving tree canopy is an essential component of our climate resilience,” writes councillors Quinton Zondervan, Sumbul Siddiqui and Craig Kelley with vice mayor Jan Devereux.

The meeting also rebukes city staff for failing to act on council orders from nearly eight months ago looking for an update and action on another failure: putting in place a workable ordinance to protect citizens from intrusive lighting. The order, by Devereux and councillor Dennis Carlone, asks for a report back by June 11.

An effort to find parking for Inman Square employees returns to the agenda after Mayor Marc McGovern used his “charter right” a week ago; the council will vote on accepting a report on the state of affordable housing throughout Cambridge; and the council will consider a city manager report on expanding infrastructure for electric cars (“availability of electric vehicle supply equipment remains a key barrier” to adoption, but $100,000 will be spent in the next budget on three city charging stations, and there’s a grant proposal to convert 11 more of a 360-vehicle fleet).

The committee, led by city councillors Zondervan and Carlone, looks at where cannabis establishments should be allowed to set up shop, and under what restrictions.

This City Council committee hears from the Community Development Department on housing production; the development of an affordable housing overlay district plan; and how much affordable housing units large developers must include in their construction. Committee heads Siddiqui and E. Denise Simmons say they will ask about tenant protections.

A project represented by Sean Hope could bring 18 residential units and 4,564 square feet of ground-floor commercial use to at 1043-1059 Cambridge St., Inman Square (to be heard at 6:30 p.m.); and the office building at 125 CambridgePark Drive, Alewife, could get a cafe called Revival and full-service restaurant – described as a craft beer hall called Mothership – from Steve “Nookie” Postal, who opened Commonwealth in Kendall Square. They would be open for office workers and residents (to be heard at 8 p.m.).

Coffee with the commissioner, 9 to 11 a.m. Saturday:

Cambridge Police Commissioner Branville G. Bard Jr. and police officer will be available at Darwin’s, 1629 Cambridge St., Mid-Cambridge, near the Cambridge Main Library, for coffee and conversation about any topic of interest to residents.