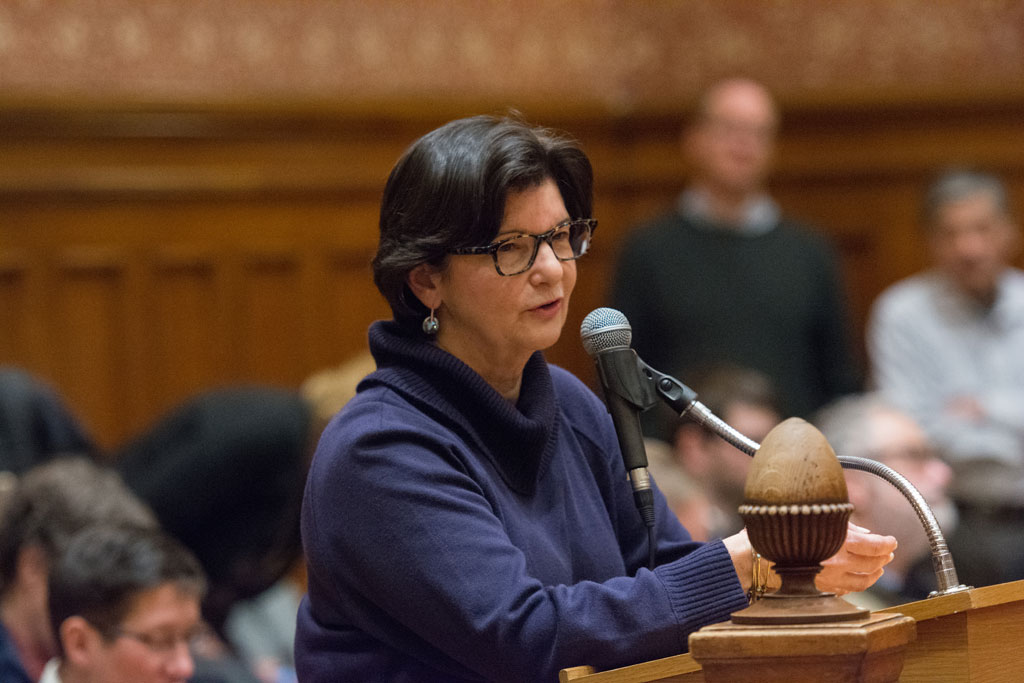 The Harvard Square Business Association said it welcomed a June 16 protest in a Wednesday statement, but defended the cause of the protest – its own president, John DiGiovanni.

Musicians and artists plan a boycott and protest of the association’s 11th Annual Make Music Harvard Square/Fete de la Musique because DiGiovanni is shutting down the EMF Building near Central Square, where hundreds of bands and small businesses have made their home over the past dozen years. DiGiovanni bought the 120 Brookline St. building two years ago for $4 million. The tenants must leave by the end of May.

“Instead of demanding that a private individual bear the responsibility to personally maintain an artist community in a dangerous and unsafe building, we should rally together to demand that the city and the state provide more funding for the arts, erect more community performance centers and build more housing for people with low and moderate incomes. In this way, we all contribute,” said Denise Jillson, executive director of the association, in a Wednesday email.

The purchase of the EMF building is called unrelated to the association, and “there has been a deliberate and unfair melding of the two,” Jillson said. “The HSBA has no role in, nor is it involved in any way in the management of Mr. DiGiovanni’s private business.”

But the actions of DiGiovanni in Central Square have cast new light on the HSBA’s invitation for musicians to play at the Make Music Harvard Square/Fete de la Musique for free – a letter to musicians went out with the note that “artists are not compensated for their performances” – and he wrote a letter to the City Council as president of the association in support of the giant Boston Calling festival extolling the city’s “vibrant and deep history related to music, live events and culture,” which struck some as hypocritical.

As of Wednesday, the movement to occupy the the Harvard Square event includes an estimated 170 participants, including state Rep. Mike Connolly, and another 786 people who indicated on a Facebook page that they were interested in taking part.

Jillson pointed out that the festival is meant in part to encourage people to support bricks-and-mortar businesses. “The square is home to over 350 businesses, of which, 72 percent are locally owned independents. While all our businesses rely on a vibrant district, it is particularly important for our independents,” she said. A description of the 2017 event, which included more than 75 performers, called it “a great opportunity to enjoy some of your favorite genres of music while supporting local musicians and businesses.”

But the protest was welcomed by the HSBA, Jillson said.

“Harvard Square is known as a place of celebrations and protest, where public discourse is encouraged and welcomed. The call to protest or occupy Make Music Harvard Square/Fete de la Musique, while misguided, is certainly welcomed. My only hope is that the organizers do not malign an association whose members have a 108-year history of being good stewards of Harvard Square and disparage a person who is known for his generosity, but rather use this as an opportunity to garner support and additional funding for the arts from city and state coffers,” she said.

A member of the protest group called her response “disappointing.”