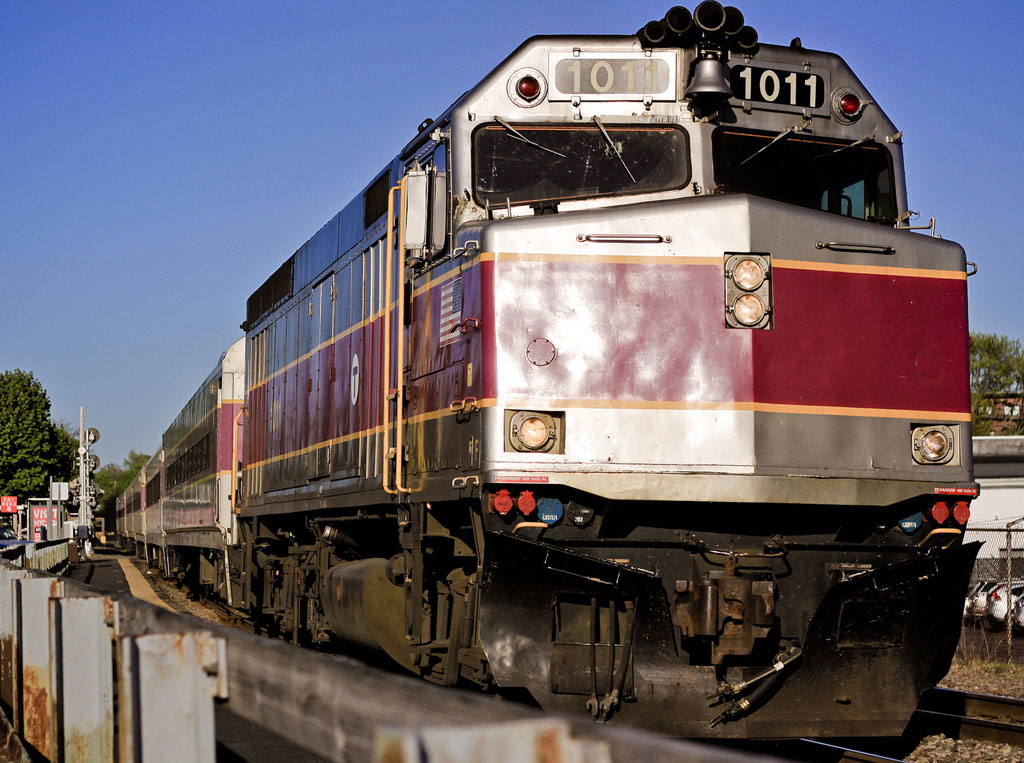 An MBTA commuter rail train on the way to the Sherman Street crossing in Cambridge in 2013. (Photo: Matt Hintsa via Flickr)

Where will recreational marijuana go, and what can we do about train and plane noise?

In the only City Council meeting for July and August – expect a long one – officials will get a sense of where recreational marijuana businesses will go and how they’ll operate, as a draft zoning petition on their regulation is on the agenda.

This council meeting also looks like the end of citizen-proposed “green factor” zoning that would make developers build with climate change in mind. The zoning got Planning Board and council Ordinance Committee hearings in June, and despite praise for the zoning’s goals and the work behind it, neither hearing went great. Now councillor Tim Toomey is proposing that the city manager appoint an advisory committee to work through resiliency issues raised by the petition and a citywide master planning process, reporting back on progress within 90 days. Meanwhile, with the heat wave that saw the city through the Fourth of July holiday in mind, vice mayor Jan Devereux and Mayor Marc C. McGovern are asking city administrators to keep at least one public building open on Sundays or holidays from now on during the extreme heat events that will become more common with climate change.

There are a number of transportation issues coming to a head, including the Sherman Street train crossing being recently removed from its “quiet zone” status, resulting in frequent shrill whistles that are shattering the calm of neighbors – and leading to a request by Devereux, Toomey and councillors Craig Kelley and Alanna Mallon to renew the status. Plenty of Cantabrigians know how Sherman Street neighbors feel, being under a constantly used flight path to Logan Airport; a city update on a study of quieter flight path alternatives doesn’t add much more than what’s been known since early this year. A student request to improve bus service from East Cambridge to the high school has been met with the finding that “the current Route 68 schedule does meet the needs for on-time arrivals to the best ability, with some leeway for congestion”; maybe some MBTA minds can be changed via the five or more meetings being sponsored by the city in September and October to organize bus advice. Councillors Kelley, Mallon and Quinton Zondervan also want to know whether Cambridge is taking advantage of the ability to edit GPS instructions used by Google Maps, Waze, Garmin and the like that send the wrong kind of traffic onto certain city streets.

After a Facebook user’s viral video revealed class tensions among market and affordable-rate tenants in shared buildings – in the video one resident asks another if she and her biracial child live in one of the “affordable apartments” – councillors Mallon, E. Denise Simmons and Sumbul Siddiqui are asking for a survey to reveal data about “bias against inclusionary tenants”, even though this bias is known to be systematic” as well as for information on housing discrimination complaints and why the city’s Human Rights Commission doesn’t track data on evictions or housing-related lawsuits. Minutes from a hearing about the results of inclusionary zoning (the ordinance that calls for 20 percent of buildings units to be affordable) arrives at the same time.

The year’s gunfire incidents and other violence seems to have inspired Simmons, Zondervan, Toomey and Mallon to look ahead, asking the city to find event- and program-based ways to lower the threat of summertime public incidents “in 2019 and beyond, and to report” on progress by the end of this calendar year.

In the massive redevelopment stretching along First Street in East Cambridge, real estate company Urban Spaces is asking the board to let it opt out of 3,151 square feet of ground-floor retail at 121-139 First St. and convert it to office space instead. It also wants to change the parking garage design under 107-119 First St., 18 Hurley St. and 29 Charles St. There will be a public hearing only if the changes are deemed “major” by the board.