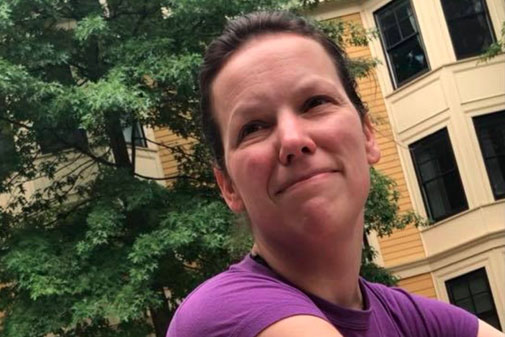 The city will run a series of community conversations in the fall to address the race and class divisions exposed by a viral video Thursday.

The conversations, which Mayor Marc McGovern said he has asked city councillor Sumbul Siddiqui to lead, will “examine what it truly means to live in a diverse community,” McGovern said in a Monday release on Twitter. “How do we support each other, respect each other, and live side-by-side in a safe and nurturing community?”

My statement in response to the troubling video on social media posted by a local Cambridge resident on July 14. #CambMA pic.twitter.com/zi1VXd1bXh

Siddiqui was chosen because she is a woman of color who grew up in affordable housing here, McGovern said, as well as being an attorney “who has dedicated her life to helping those in need. Her personal and professional experiences make her uniquely well-positioned to lead these conversations.”

In the video, Harvard Humanitarian Initiative executive director Theresa Lund is shown asking neighbor Alyson Laliberte to be quieter and her child to be quieter playing that afternoon, as Lund is trying to get her own kids to take a nap. Lund asks Laliberte – whose child is biracial – if she lives in one of the “affordable apartments.” The Facebook video went viral from its original posting on Facebook, and Lund wound up apologizing and being placed on leave by Harvard. “The Harvard Humanitarian Initiative is an organization that promotes and defends humanitarian principles of service, equity and justice,” said Michael VanRooyen, director of the initiative. “Our core values of integrity, collaboration and respect for universal human rights are the foundation of all we do.”

McGovern said he also found the video “troubling” as an “example of classism and racism. Which it is.”

“While [city] policies promote the creation of a diverse housing stock, they cannot dictate how we treat each other. That is on us. Interactions like the one shown in this video – interactions that are rooted in privilege, classism and racism – are all too common. Yes, even here in Cambridge,” he said, noting also the issues raised at the high school over the past year by its Black Student Union. “What took place in that video was upsetting and damaging to our entire community. But let’s use it to catapult us into doing the hard work to move our city forward. The mixed-income community ideal of inclusive, cross-class interactions will continue to erode if we don’t work as diligently on the authentic relationship-building amongst residents as we do on ensuring the availability of affordable units. Let us apply a vigilant lens of equity to this incident, and others like it, get to work, and sustain the effort.”

He and Siddiqui and would set up a plan for community conversations over the next several weeks, he said.