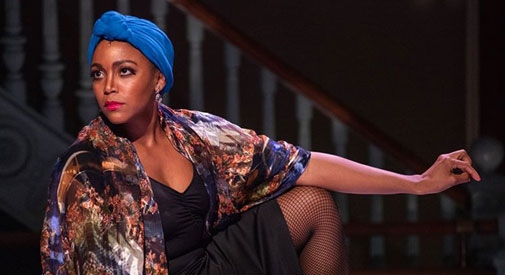 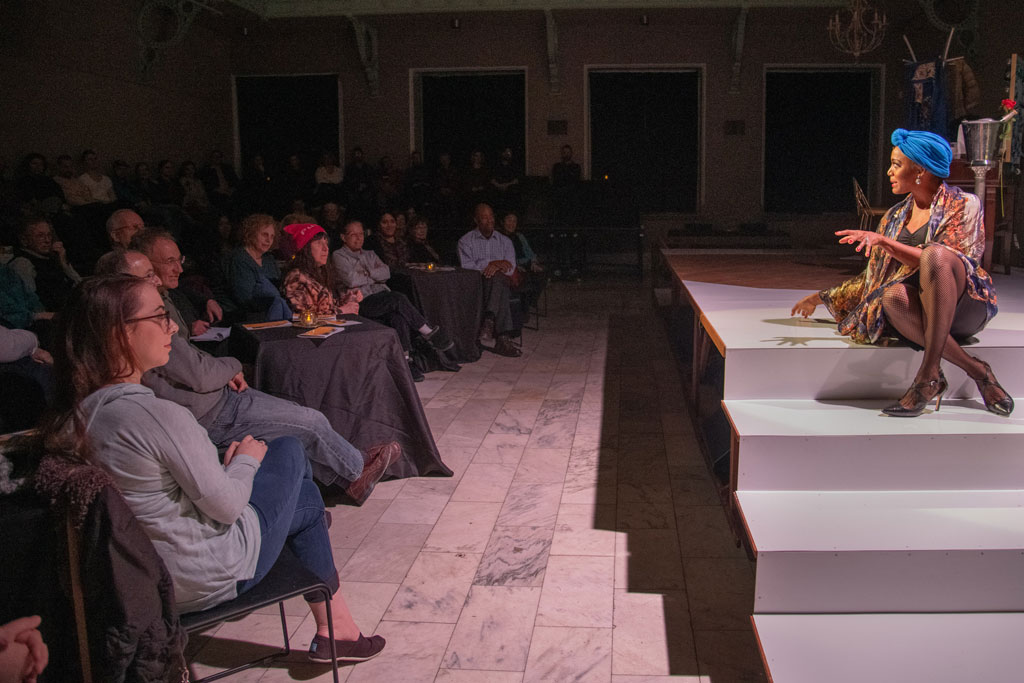 Jade Wheeler performs “Who Is Eartha Mae?” to a packed house Sunday at the Multicultural Arts Center in East Cambridge. (Photo: Andrew Brilliant)

You know you’re in for an intimate experience when producing artistic director Olivia D’Ambrosio urges you, during her disarming curtain speech, to introduce yourself to your closest neighbor. Something about the gesture of doing so is relaxing, open and prepares you well to receive the very talented and engaging Jade Wheeler in the entertaining and revealing one-woman show, “Who is Eartha Mae?”

As the show opens, Eartha Kitt is getting ready to perform in front of a London audience. Backstage, she tells us, “‘Who is the real you?’ someone once asked me.” Answering her own question in the third person, “She was an orphan until an audience adopted her.” Eartha Kitt feels that her adoptive audience, us, deserves to know Eartha Mae – the underside of the sexy and self-confident Eartha Kitt. It’s a good, well written device for quite a story.

Eartha Mae, born of a white man and a black woman, was sent by her mother to live with various abusive aunts, as her mother’s boyfriend didn’t like her “yalla” color. One of the aunts lived in New York, which was an exciting place for a girl from South Carolina to discover. After running away and working in a factory, Eartha Mae eventually found herself with Katherine Dunham’s dance troupe. The last leg of the tour was Paris, where Eartha Mae was told by Dunham, “Your chest is too large. You’ll never be a real dancer.” Eartha Mae decided to stay in Paris. Soon she was headlining shows. And in a clever turn of script and direction, we see Eartha Mae become Eartha Kitt. 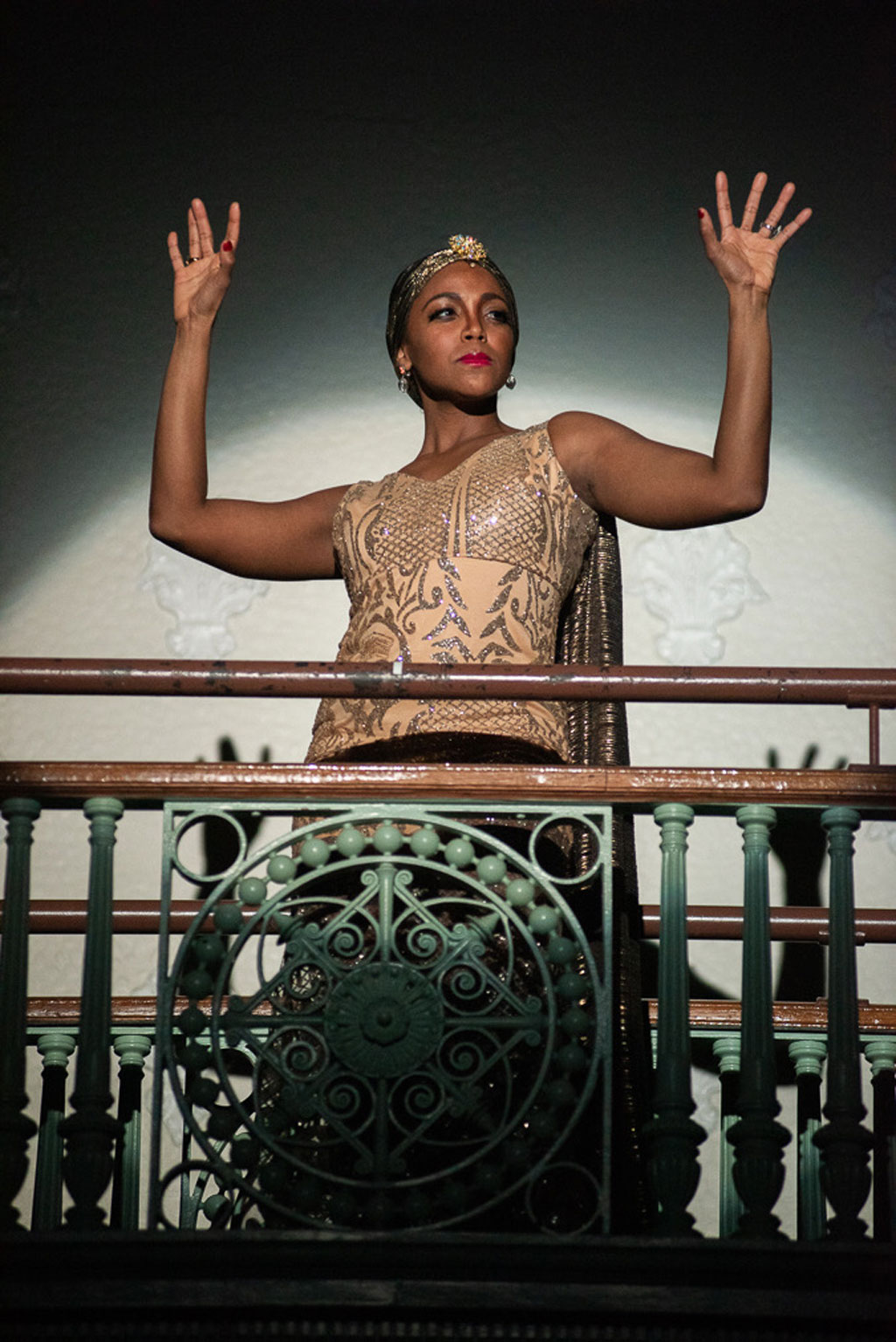 Jade Wheeler in “Who Is Eartha Mae?” (Photo: Andrew Brilliant)

It’s a timely piece, and a wonderful showcase for the talented Wheeler, a triple threat who sings, dances and acts. Although I found her too conventionally beautiful to completely pull off the more exotic-looking Kitt, she does a terrific job of playing both sides of the performer – the self-confident persona and the vulnerable orphan. Wheeler’s voice is stunning. Like Kitt, she sings in different languages effortlessly. Should Wheeler ever decide to stage a cabaret show as herself, I would be there in a heartbeat. Music director and talented pianist Seulah Noh is the perfect match for Wheeler’s voice and movements. Director Cailin Doran uses the cavernous space well; Wheeler moves from the balcony to the stage to the floor with ease and grace. The high ceilings and higher spaces make you feel as if you’re backstage in a large, London theater.

“Who is Eartha Mae?” makes you realize just how ahead of her time Eartha Kitt was. After a 1968 luncheon at the White House, where she criticized the Vietnam War and caused Lady Bird Johnson to burst into tears, Kitt’s career was derailed. She returned to Europe, where sensibilities were more rational and less racist. Jane Fonda, Candice Bergen – they too had spoken out about the war, but only Kitt earned these orders to U.S. intelligence from President Lyndon Johnson: “You erase that woman. I never want to see her again.” She came back during the Carter years. Neither fully accepted by blacks or whites, she says, “Eartha Kitt has no color, and that is how barriers are broken.”

“This girl should write a full production, with characters, and get it on Broadway,” my friend said after the show. “Like ‘Beautiful.’ I think people would see it, don’t you?”