‘Teen Spirit’: Formulaic film turns spectacular showing how teen might sing self off an island 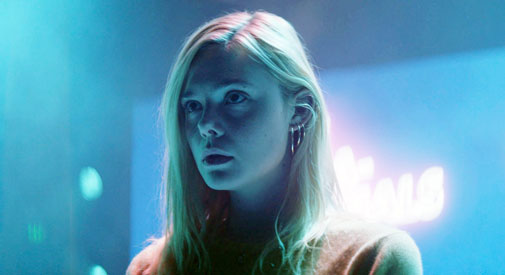 ‘Teen Spirit’: Formulaic film turns spectacular showing how teen might sing self off an island

With pop singles from the likes of Ellie Goulding, Annie Lennox and Carly Rae Jepsen, there’s more than enough material in “Teen Spirit” to hook a specific audience. Maybe this enjoyable but vacant picture should have leaned fully into its musical influences and let the hazy aesthetic run wild, rather than trying to anchor it all in so much dreary reality. 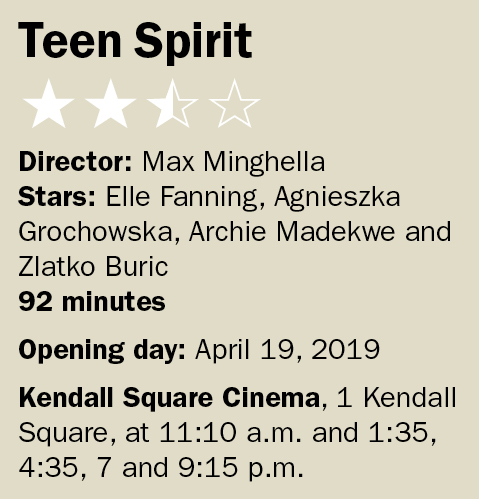 The film follows the introverted Violet (Elle Fanning), a 17-year-old growing up on a secluded island who’ll risk everything for a singing contest. There are all of the components of a narrative – the starry-eyed ingénue hoping to escape small-town life, the potential love interest and intimidating execs, a mentor who also has demons – but all the glitz, glamour, rags-to-riches storytelling motifs and an abundance of heart can’t bury the fact that “Teen Spirit” lacks much of an actual story. The craft on display from first-time director Max Minghella is also distractingly sloppy. Nothing is off the table in terms of stylistic flourishes, which leaves the film lacking balance, trying to juggle too many tones.

It’s when performance takes center stage that we get the best sense of where Minghella’s interests lay: He shoots the numbers with a the slick, glossy sheen of a music video, the camera dancing with Violet as she bounds across the screen, twirling in her room or letting loose in an audition. At times this offers transcendent vibrancy (specifically any time Violet stands before a microphone, ready to belt out another scorching tune), aided by the cinematography by Autumn Durald and editing by Cam McLaughlin. The pieces are all there to make something appealing and beautiful, if vapid, and Durald in particular grants us imagery to feast on, allowing colors to bleed into the screen even when we find ourselves in Violet’s grayer, more “ordinary” life before the mayhem of potential stardom hints to take over. Sequences of Violet standing in a grassy meadow with just her iPod and horse are ludicrously picturesque, and Minghella nails some moments, such as a sequence in which Fanning dances alone in her room and the camera pulls in tight, following her as she twirls to near nauseating speed.

These bits of euphoria also owe much to a stellar performance from Fanning, who has a naturalism that’s youthful and exuberantly her own even when subdued. She brings a bright-eyed naiveté that lets the audience empathize even when she’s belligerent or selfish, too caught up in her own need to escape to see how her actions affect others. Zlatko Burić as her manager, Vlad, offers a warmth that’s well suited to the story, but the stakes attached to their dynamic are never given proper weight, and the audience is asked to buy into a relationship that feels unearned. Fanning and Burić’s chemistry fails to live up to the effortless pull of Fanning’s performance itself, as she further proves to be one of the more versatile actresses working today.

“Teen Spirit” is enjoyable, but Minghella’s chaotic directorial style and a thin script don’t offer much to talk about once the last note has been sung.