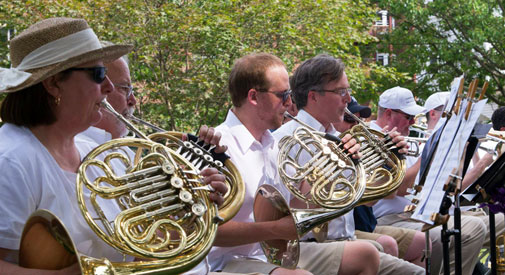 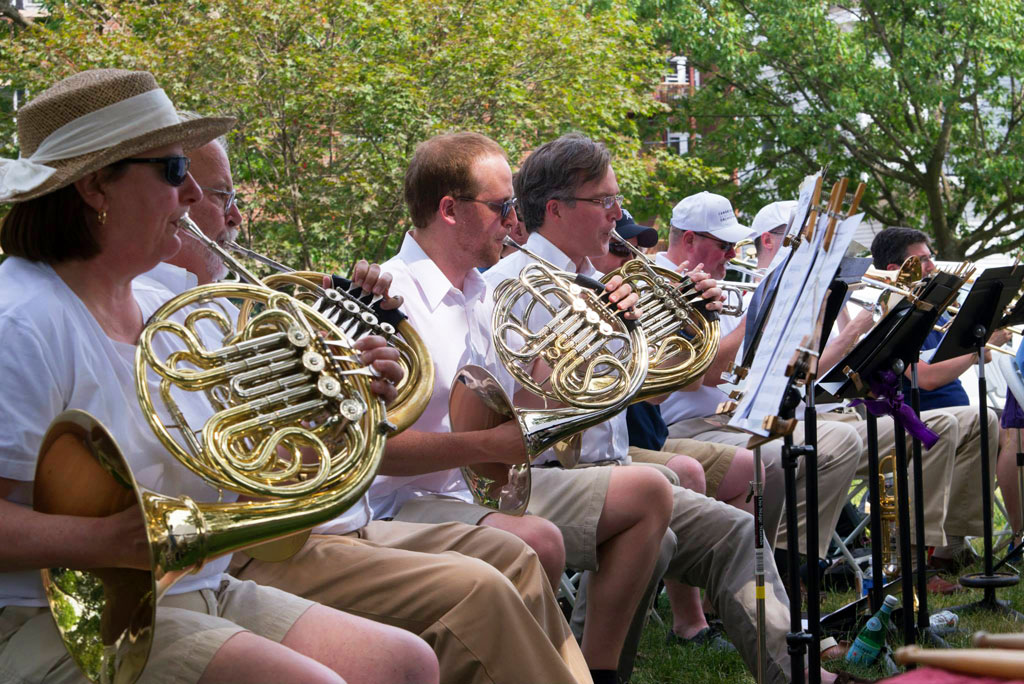 The Cambridge Symphony Orchestra performs a “Pops on the Lawn” concert in 2014 at Sennott Park. (Photo: Andy Weigl)

Everything from “Stars and Stripes Forever” to the sounds of Looney Tunes, Broadway shows and superhero films are on the bill for the Cambridge Symphony Orchestra’s free “Pops on the Lawn” show Sunday.

Selections from “West Side Story” and Hector Berlioz’s “Symphonie Fantastique” are callbacks to two of the orchestra’s favorite performances from the season, and much of the rest (including some Aaron Copland and Duke Ellington) is Americana, classic choices in the summer performance tradition, said Carol Thomas, CSO board member emerita. The “Superman Returns” piece is from a soundtrack composed by John Ottman and John Williams.

During the “Liberty Bell March” – another John Philip Sousa selection like “Stars and Stripes Forever” – children are invited to come up and take a turn conducting the orchestra, Thomas said.

With weather expected to be sunny and in the 80s, blankets and picnic meals are suggested complements for the music.

The CSO’s “Pops on the Lawn” will take place at 3 p.m. Sunday on the softball field in Danehy Park, 99 Sherman St., in Neighborhood 9 just east of Fresh Pond. The concert is supported by a grant from the Cambridge Community Foundation, and the current season is supported by the Massachusetts Cultural Council. Information is at cambridgesymphony.org.