Boston Women’s Film Festival back at Brattle, from a bawdy biopic to human trafficking doc 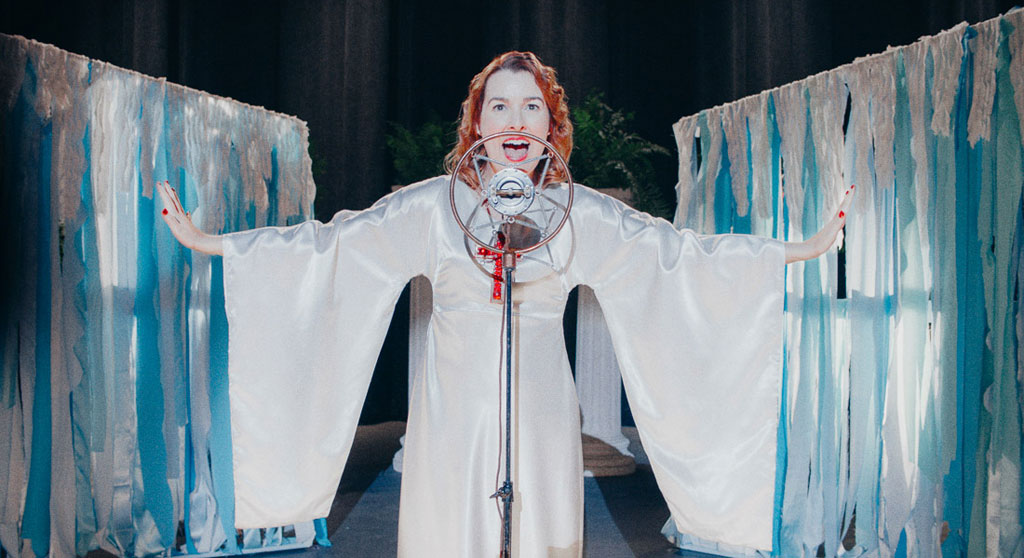 Boston Women’s Film Festival back at Brattle, from a bawdy biopic to human trafficking doc

The second annual Boston Women’s Film Festival kicks off this week at The Brattle Theatre and Museum of Fine Arts. The fest featuring films by and about women is something of a re-embrace of the International Festival of Women’s Cinema that ran at the Brattle for 10 years ending in 2003. Curated by Massachusetts Institute of Technology lecturer Jo-Ann Graziano and co-produced by the Brattle, the four-day celebration features 19 films as well as packages of documentary and narrative shorts.

Launching the fest Thursday is “Sister Aimee,” about 1920s celebrity evangelist and faith healer Aimee Semple McPherson – both wildly enigmatic (infamous for a sudden disappearing act) as well as controversial. Directed by Marie Schlingmann and Samantha Buck and starring Anna Margaret Hollyman, the tale of Semple McPherson’s gonzo, bigger-than-life sojourn is given an aptly bawdy and loving treatment. Other highlights include “Good Posture,” pairing Grace Van Patten as a recent film school grad and veteran Emily Mortimer as a New York recluse, with cameos from writers Martin Amis and Zadie Smith (Friday), “Blowin Up” Stephanie Wang-Breal’s documentary that looks at human trafficking and the court system (Saturday) and the Italian film “Fiore Gemello,” which deals with a runway (Anastasiya Bogach) avoiding the clutches of human trafficking (also Saturday).

On Sunday is “Mad Men” writer Semi Chellas’ directorial debut, “American Woman,” about a radical living off the grid (Hong Chau). Veteran actress Ellen Burstyn (“The Exorcist” and “Requiem for a Dream”) co-stars. For fans of flesh-rending and gore, also on Saturday there’s Carolina Hellsgård’s “Endzeit” a feminist spin on the Zombie genre out of Germany. The fest also features spotlight focus on cinematography and editing, as well as an opening night party.