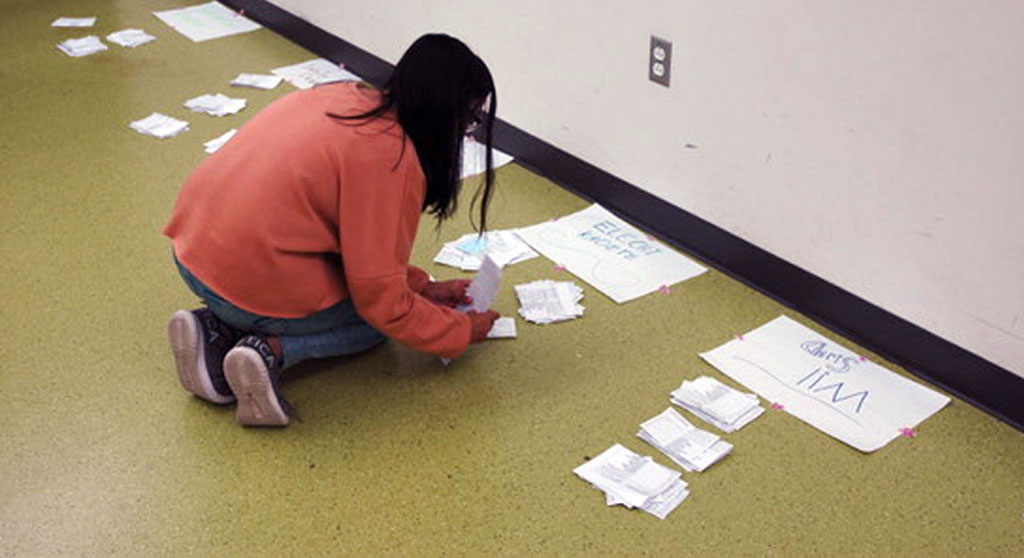 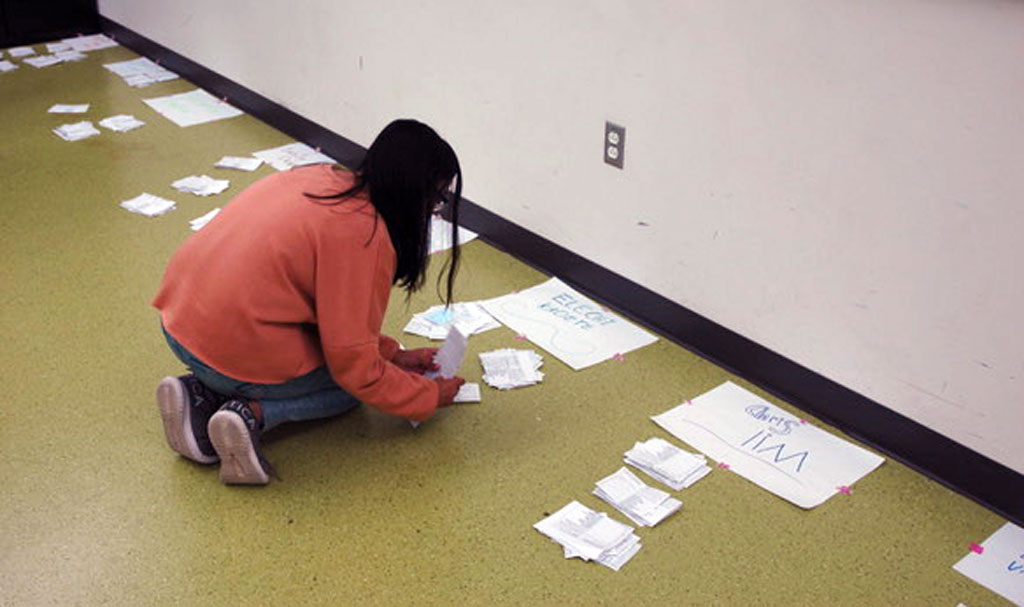 Candidates for School Committee faced their first test Friday – a mock election at the high school. Ninth-graders went to all 90 community meetings (also known as homeroom) in the school to conduct the vote, with 2,000 students given the opportunity to cast ballots and around half taking advantage.

Students conducted the election using the city’s municipal ranked-choice style voting system. In the project’s classroom headquarters, more than 40 students organized and hand-sorted ballots, constantly updating a whiteboard with each candidate’s tally as each round of votes were counted.

The results of the mock election: a committee made up of Ayesha Wilson, Ruth Ryan Allen, incumbent Manikka Bowman, Elechi Kadete, Chris Lim and incumbent Fred Fantini. Wilson got 260 votes in the first round, “far outpacing everyone else,” teacher Benji Cohen said. 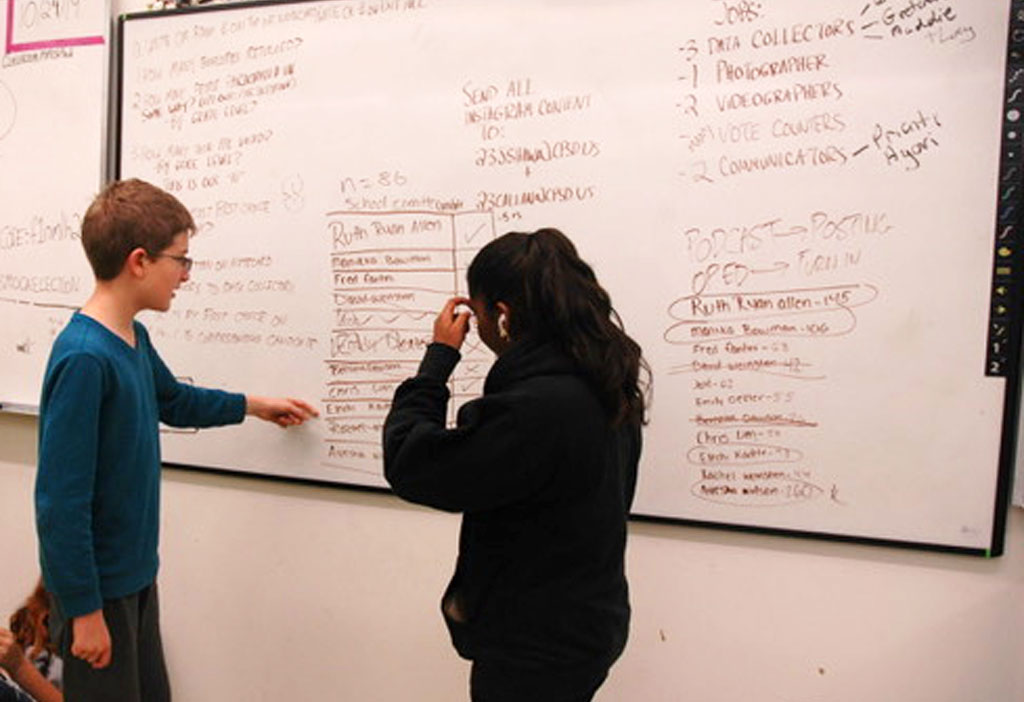 “We wanted them to see how democracy works, and why people have fought so hard for their right to vote,” Kabongo said.

Kabongo said they found that students didn’t understand why participating in a democracy was important, especially as non-voters, and that they wanted to know how they could participate.

The goal of the mock election was to make this idea of democracy tangible to students, Cohen said.

Two classes full of ninth-grade students – 220 in all – engaged in this civic conversation starting the first week of school.

“We began by having each student defining their own politics. We analyzed different rights’ documents to get them started,” Cohen said in an email. “Then we examined the Cambridge Public Schools Budget for fiscal year 2019-20, and interrogated the district spending.”

The budget jumped out at the students – how much money is spent on the schools, and how data are tracked – especially demographic data, Kabongo said.

After that, the classes explored all 11 candidates for School Committee, reading their platforms, debating their qualifications and comparing and contrasting their proposals against the available funds in the budget, Cohen added. Over the course of the weekslong project, the classes read about candidates, wrote short pieces about each (see them here) and conducted Q&A sessions as they decided how to rank the candidates they supported, student Elyssa Herbert said.

“The teachers gave us some questions – then it was mostly students asking questions,” said student Aurora Arruda.

Students Julia Shaw and Caroline Allan built the Instagram account, with students throughout the school direct messaging and emailing memes and comments. As the account’s moderators, the students had to make judgments regarding material that was not appropriate to go live in a civic conversation – one of the downsides of the Internet age.

Each candidate was invited to the ninth-grade campaign headquarters, with nine accepting and appearing during different sessions.

Some students were surprised that many candidates showed up, Kabongo said, and asked “why do they care what we think?” But the candidates’ seriousness inspired many students.