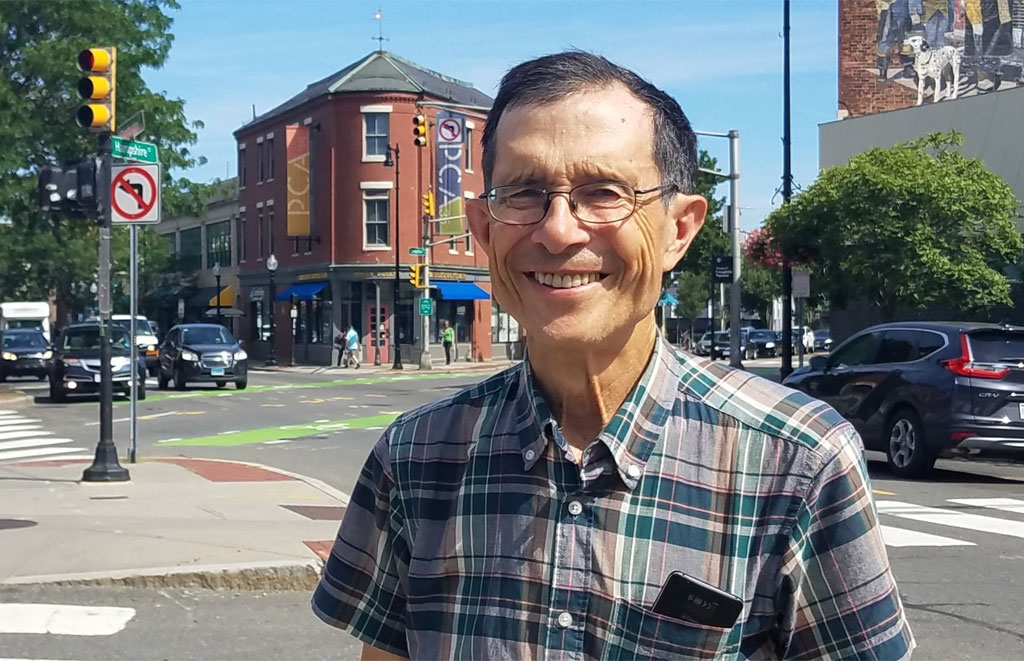 Challenger running for council for the third time

Endorsed by the Cambridge Citizens Coalition

There’s no question that Cambridge’s government prioritizes growth and profit over livability and sometimes, I think, life itself in terms of impacts on the environment, and in terms of displacement and economic and physical disruption. More than 20 years ago, I was the first signer on a zoning petition for growth management meant to keep Cambridge livable and prioritize housing over massive commercial development. But it didn’t pass, and we see the results. We still have a problem, but it’s not too late to change it.

A perfect illustration of a city administration that is incapable of working with and listening to residents. They did this with the Envision process, which had problems all over the place and needs to be rethought. In Mid-Cambridge, one in eight units of housing is vacant. That probably has a lot to do with speculation and people holding units off the market. If we could get those, we could house a lot of people.

Informed, active citizens are our most powerful resource, and every generation matters. I would start with the young. And a key part of my platform is a citizen climate forum based on the model of the climate congresses that I initiated and led in 2009 and 2016 to implement the kinds of things we need to do and get everybody involved with a sense of urgency. We can start to do that next year.

It’s a long list for me to think about. But I would go back to the vote on the petition that had my name on it. If the Pitkin petition had passed, Cambridge would be a different city today. We would have controlled a lot of the commercial growth; it would be much more equitable city.