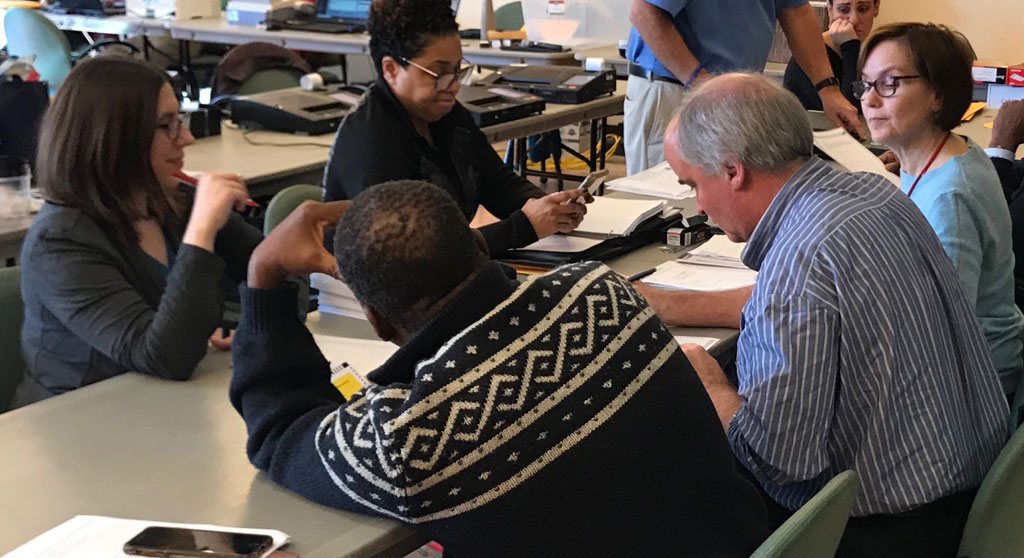 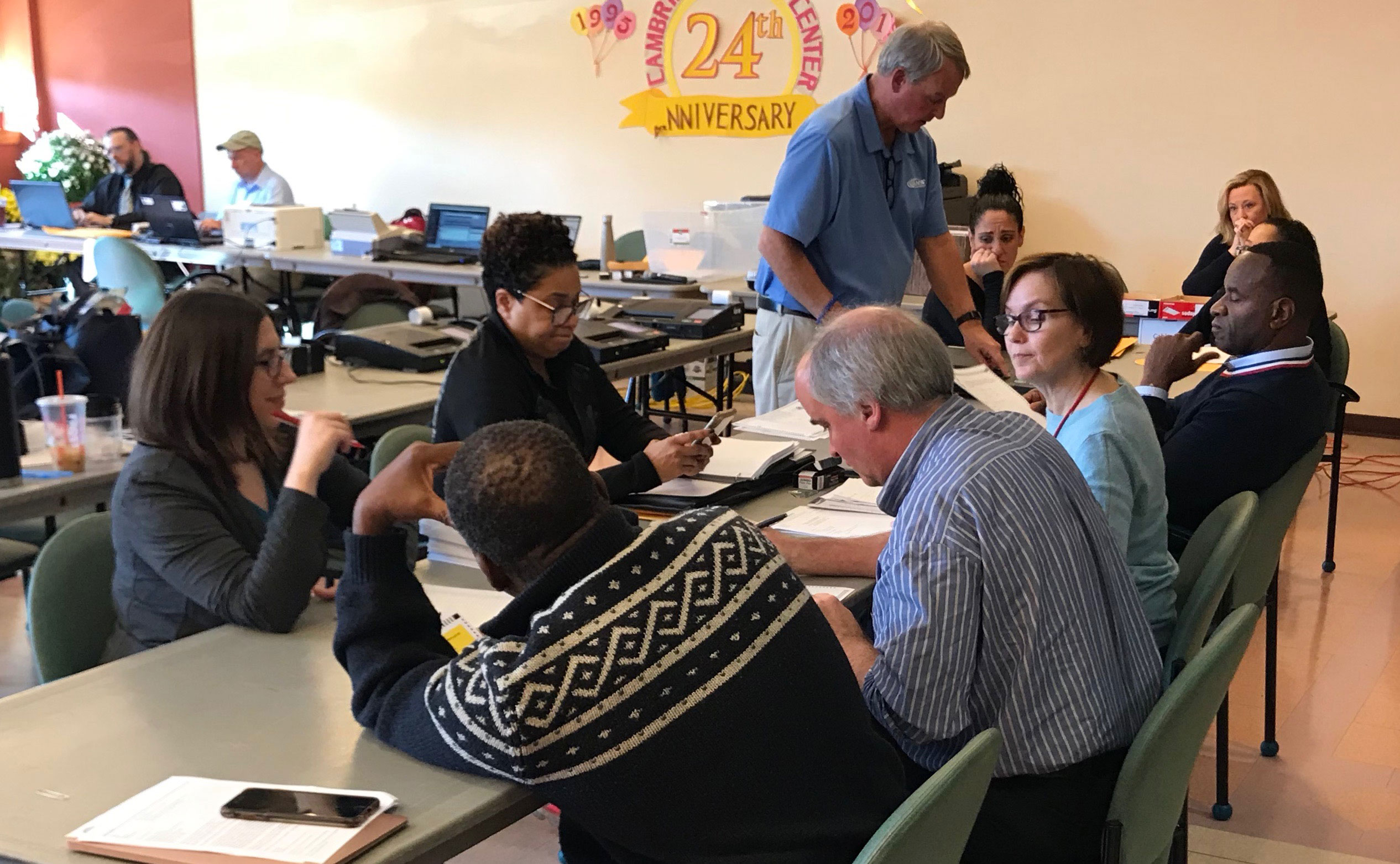 In fact, Carlone’s lead over Kelley grew to 59 votes over the course of an Election Commission hand count that began at 8:30 a.m. Wednesday and ended at around 1:10 a.m. Thursday, after examination of 888 auxiliary ballots for the council and another 2,223 for the School Committee. (It was a 17-hour day, though the actual examination of ballots made for about 14 of that after three hours of prep.)

Auxiliary ballots are most often that cannot be read by the scanners used for Cambridge’s form of elections, in which voters get to rank their choices for office from first to 15th; that multiplies the complication election commissioners can face in figuring out what a vote caster actually meant as they used black felt-tip pens to fill in a few ovals among rows and columns of them – in Cambridge’s case, thousands of ballots from 34 precincts in 11 wards. (They might also be blanks, or those dropped in the “auxiliary” box out of impatience waiting for slow machines and long lines.) Candidates have to reach a “quota” of votes to be elected, a figure based on the total number of valid ballots cast and the number of positions to be elected in that race. Once quota is reached, excess votes go cascading to other candidates over several rounds of transfers.

In previous years, election commissioners have broken off counts that run long to continue them on successive days. In this case, executive director Tanya Ford posted a notice at 6:30 p.m. that this year’s count “is ongoing and will continue through the evening into tomorrow until complete.”

During the count Tuesday night, Kelley was defeated in the 14th round of transfers as Carlone gained 1,839 votes to Kelley’s 1,800. With auxiliary ballots counted, the gap widened, and early Thursday commissioners released figures showing the 14th round with Carlone at 1,923 and Kelley at 1,864.

Two years ago, Kelley survived to serve a council term with a three-vote margin over challenger Sean Tierney.

It’s likely Carlone has now missed both of his wins. During a brief, visit to the Election Commission work at 12:30 p.m. Wednesday, Carlone said he’d been home sick in bed all Tuesday. The auxiliary count and confirmation of his win finished when most of Cambridge was asleep.

Provisional and overseas absentee ballots are not included in the results, but usually account for a handful of votes. Still, until they are counted, results are preliminary and unofficial.