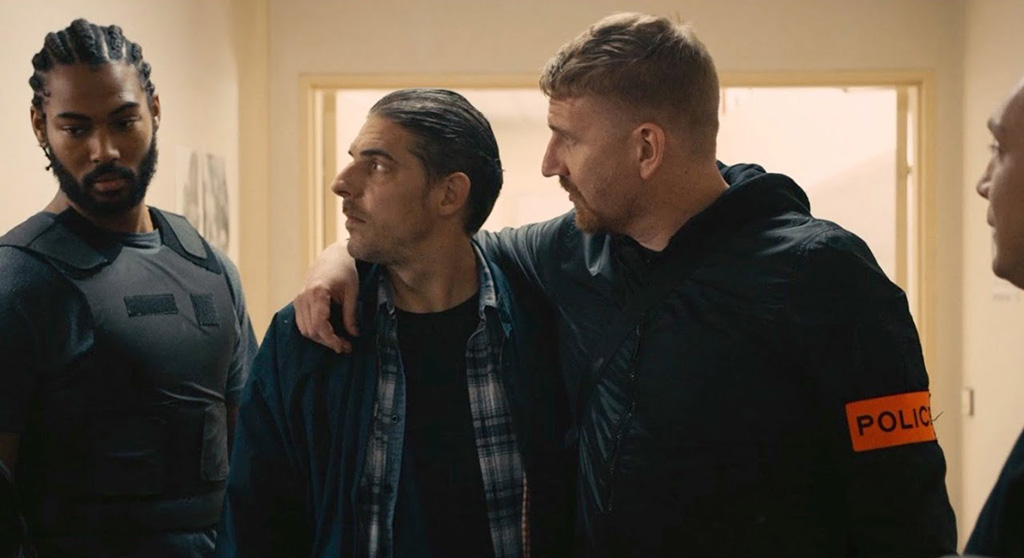 Pulsing with dread and propelled by relentless tension, French nominee for the 2020 Oscars Best International Film (recently renamed from Best Foreign Language Film) “Les Misérables” is a captivating repurposing of the Victor Hugo novel. Inspired by the 2005 Paris riots, the film centers itself in the modern day – similar to 2019’s “Transit,” a film that also exists outside the constraints of history to make its message timely – and explores with surgical precision class disparity, totalitarian ego and the impact of violence on youth. Captivating and messy at times and containing some B plots that fail to support the main storyline, “Les Misérables” has a first-time director in Ladj Ly, who may not yet be a recognizable name but promises lasting power if his first feature film is anything to go by. 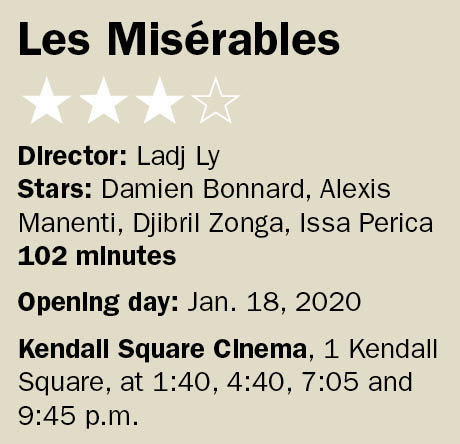 “Les Misérables” tracks Stéphane’s (Damien Bonnard) first day with a local anticrime brigade, having been assigned to the new unit as it sets off for daily patrol. With him is the charismatic and passive Gwada (Djibril Zonga) and the leader of the group, the sharklike Chris (Alexis Manenti) – though he’s known as the Pink Pig by the locals – whose tactics grow aggressive quickly. Their day takes a turn for the worse when a rifle goes off in a crowd, injuring a boy, Issa (Issa Perica), and leaving the cops to scramble to cover themselves. Events spiral to increasingly dire repercussions, holding up a perfectly reflective mirror to societies that have worked to dismiss the hardships of marginalized groups.

Ly’s orchestration of the action is superb, making it precisely clear which of his many characters tie into the complicated narrative. The film, with all of its plot points and thematic diversions, could easily have grown chaotic and impossible to follow, but he remains in command throughout, prowling through the crowds of Paris and following the actions of Stephane, Gwada and Chris as an omnipresent third party, damning in his focus on the trio’s dismissiveness and purposeful in showing the isolation of a character such as Issa in comparison. The film flows with the energy of an adrenaline rush, relenting only for a moment of false resolve that makes the gut punch that follows land with a feeling of incredible devastation. For the majority of the runtime, there’s little reprieve as we watch the domino-stack narrative tumble continually with every new, poorly placed step by each of the lead characters.

The film’s technical artistry is complemented by naturalistic performances, with Manenti and Perica delivering the most potent and impressive performances. Manenti’s Chris is deplorable, but the actor infuses just the right amount of hot-headed charm to back up the implication that he’s respected by people in positions of power. It’s those without that power who struggle the most to stay afloat in the imbalance and suffer at Chris’ hands, and not even through direct violence – more potent is fear from the implications of violence, that he could arrest someone under false pretenses and get away with it, while the victim loses even more. He’s complemented by young, first-time actor Perica as the injured Issa, displaying poise beyond his years and bolstered by an exhausted fury. He leaves a lasting, haunting impression in the very final moments of the film.

The hands of many writers are felt – the screenplay by Ly, Giordano Gederlini and Alexis Manenti scrambles in places to tie together every layer, from enraged circus members to a stolen lion cub. The highs of the film come from their ambition to tell stories about intimate subject matters in the big, broad style of the film’s namesake; the lows find them falling on their own sword as they perhaps stretch further than their time frame allowed.

The stories’ impact is immediate, especially Issa’s portion showing lives influenced by the gangs that surround the inner Paris suburb and the police units who watch on. Grounded and procedurally paced, the film is a gripping debut for a promising new talent. And while it doesn’t in full justify its choice as France’s 2020 Oscar entry over the simply stunning “Portrait of a Lady on Fire,” it does begin to make sense why the selectors see something timely and significant in this story of corruption enabling the crumbling of infrastructure meant to protect the young.