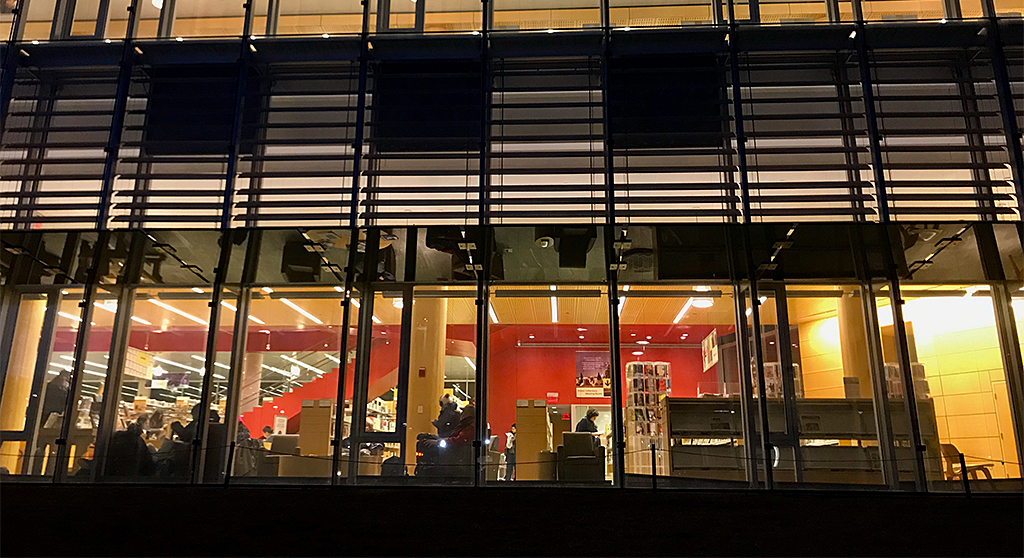 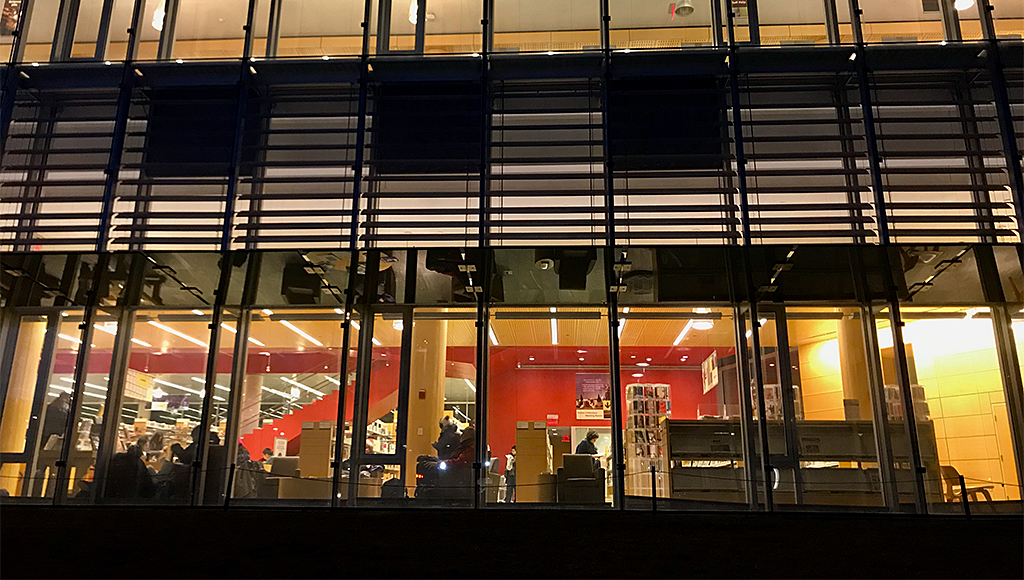 City councillors are looking at eliminating late fines at libraries such as the Cambridge Main Library in Mid-Cambridge, at least for some people. (Photo: Marc Levy)

City Council, 5:30 p.m. Monday. A citywide affordable housing zoning overlay – which raised months of seemingly intractable conflict before being tabled in September – returns to the council, but this time as four councillors’ policy order instead of as a draft by the Community Development Department. It’s in a different format that complicates comparison with the original and lacks in some details, but it’s back because the November election changed the composition of the council, providing the votes to pass the concept of eliminating design limits and development hurdles for building 100 percent affordable housing anywhere in the city. Councillors also seem fed up with delays from the City Manager’s Office on studying the feasibility of municipal broadband; want to look at adding more dedicated bus lanes and fully separated, protected bicycle lanes around the city; and at eliminating late fines at Cambridge libraries, at least for some people.

City Council roundtable/working meeting, 3 p.m. Tuesday. Mayor Sumbul Siddiqui has called councillors together to talk about legislative priorities, which could focus energies for the two-year term and be helpful at budget time.

Planning Board, 6:30 p.m. Tuesday. The board hears from Budega, a pot shop proposing to move into 1686 Massachusetts Ave., an address occupied by Stereo Jack’s Records. Before that, The Davis Cos. seek a special permit to construct a 142,153-square-foot, three-story office building with a below-ground garage for a 115 cars.

Board of Zoning Appeal, 7 to 11:30 p.m. Thursday. Among other items, the board will continue a hearing on a variance to build a 29-unit micro-studio apartment building above 544 Massachusetts Ave., displacing The Studio@550 dance space.