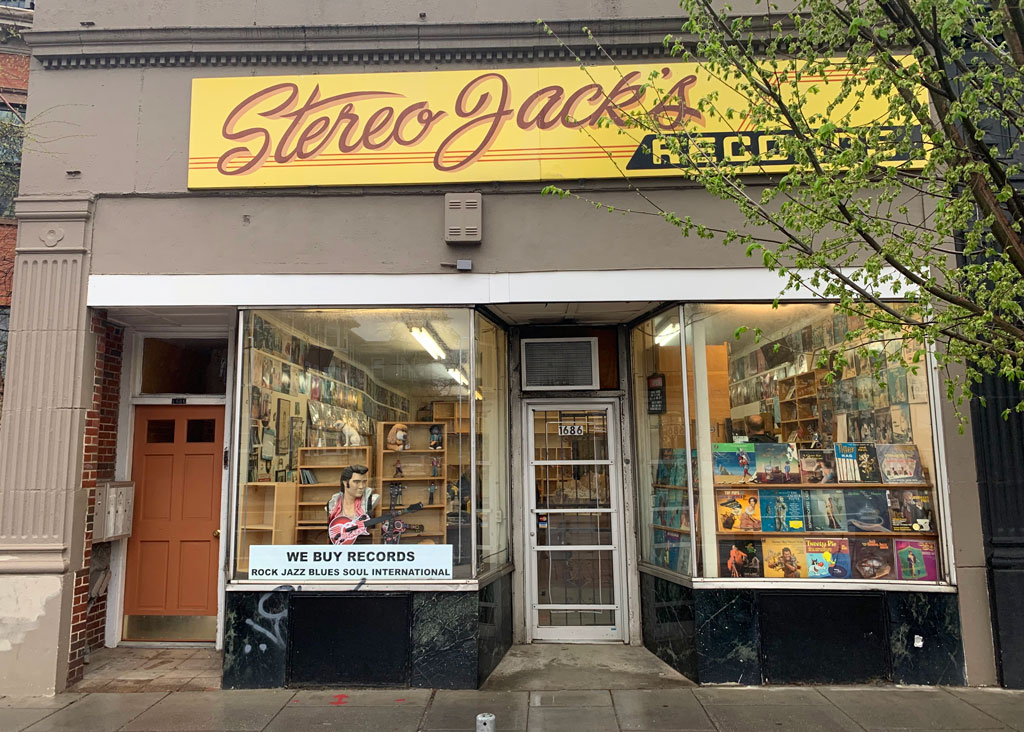 Stereo Jack’s, at 1686 Massachusetts Ave., has been targeted for replacement by a seller of recreational marijuana. (Photo: Tom Meek)

The owners of a proposed pot shop called Budega did community outreach this week to potential neighbors of the business at 1686 Massachusetts Ave., an address occupied by Stereo Jack’s Records.

“Someone has applied for a license,” according to person answering the phone at Stereo Jack’s, “but we have no plans to close.”

At 37 years old and still run by founder Jack Woker, Stereo Jack’s is one of the longest-running retail stores along the corridor linking Harvard and Porter squares. Budega has begun an application process, but zoning for recreational cannabis has yet to be approved by the city. Arish Halani, the company’s chief operating officer, said opening the shop would take at least a year. 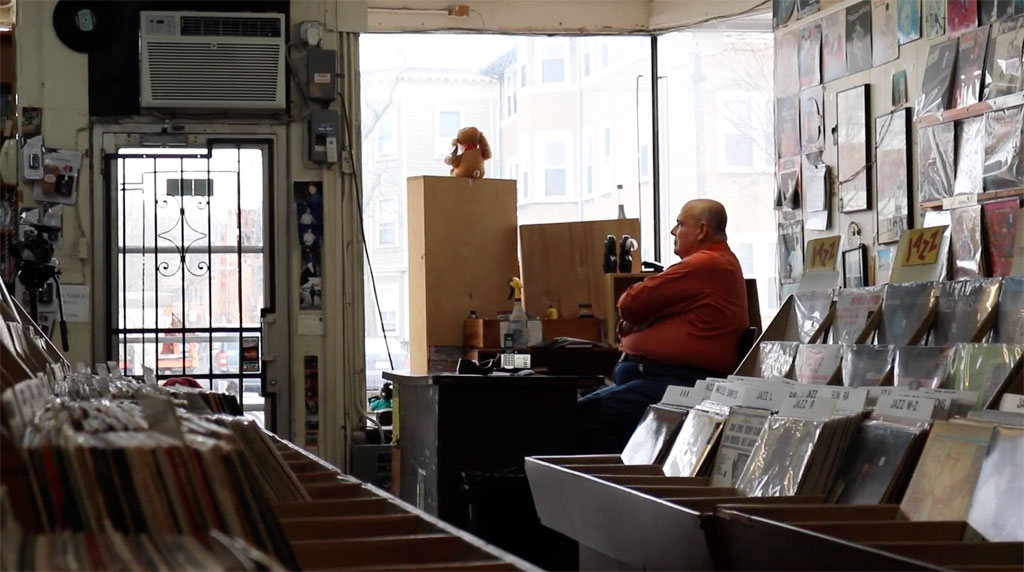 Stereo Jack’s owner Jack Woker in a video made last year by Will Marsh in collaboration with Newton North TV. Click through to watch the video.

The pending law and city officials both favor economic empowerment applicants – basically, people of color who were targeted disproportionately by police and courts during the war on drugs – and Budega’s letter leads with the information that it is a “women-, minority- and family-owned business.” It is signed by company president Sareena Halani and assures residents that it is “different than the big corporations currently in the cannabis space,” and wished to “work together to create a safe and secure dispensary.”

The letter also says to direct questions, comments and concerns to “me,” though the “me” is Arish Halani, not Sareena Halani.

The Halanis are brother and sister, South Boston residents whose parents live in Florida and have run jewelry stores and fast food eateries, Arish Halani said. He is a recent graduate of Babson College who works in commercial banking and co-owns a tax prep service in Chicago; his sister will graduate Northeastern this spring.

They plan to make a formal community presentation May 9 at Lesley University, 1815 Massachusetts Ave., Porter Square, with their father, Sohail Halani, and walk residents through the timeline for opening and other details about the shop, Arish Halani said.

Their first attempt at selling marijuana as Omnicann was in East Boston, but the application was denied by the city, Arish Halani confirmed. Now Budega faces a competing license for recreational marijuana sales for the empty space at 1908 Massachusetts Ave., Porter Square, formerly a Chinese restaurant called Wok N’ Roll. The locations are less than a half-mile apart.

Arish Halani said his company has signed a letter of intent with Crete Realty Trust, landlord of the Stereo Jack’s property.

“There’s a rumor out there that says Stereo Jack is planning to retire, and that is complete and utter bullshit,” said the person answering the phone at the vinyl shop. Asked who was speaking, the voice said, “Why, I’m Stereo Jack.”