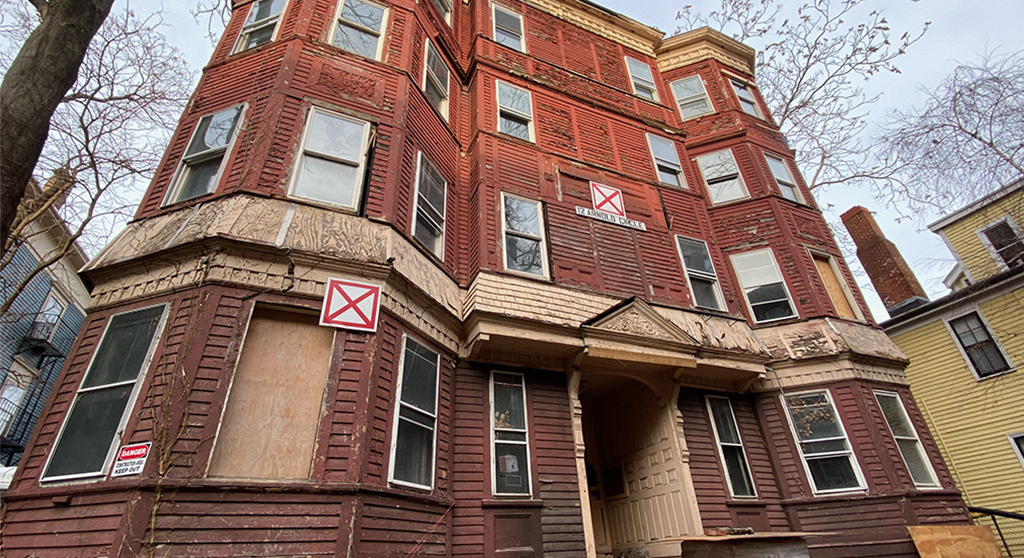 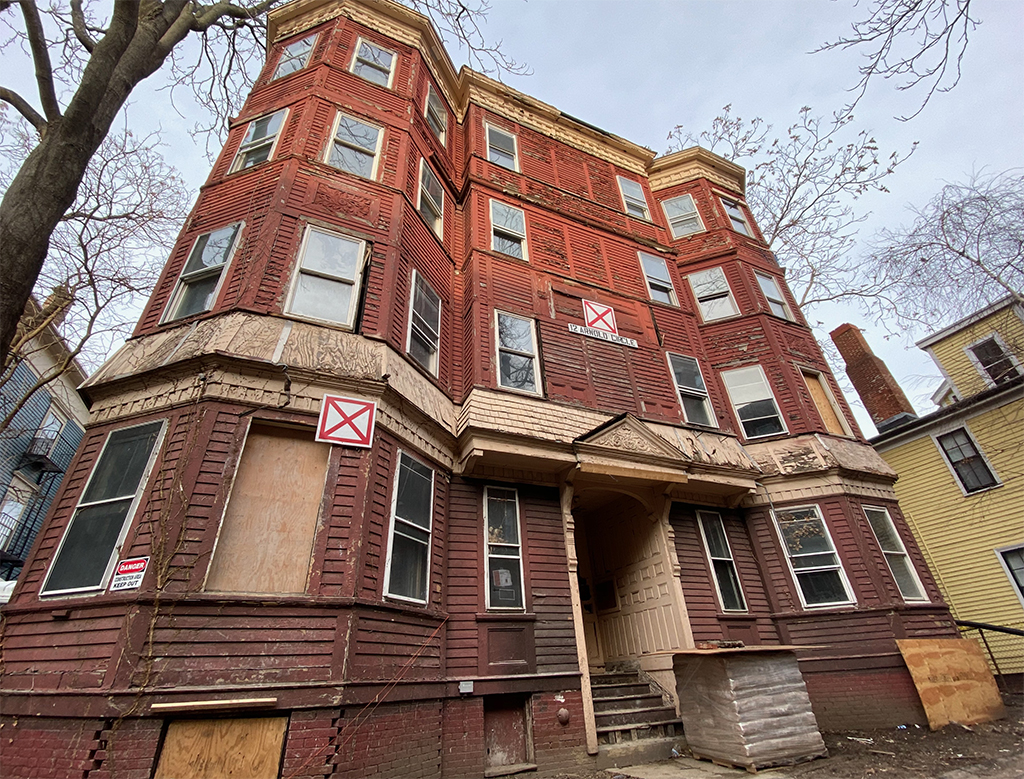 The building at 12 Arnold Circle, Mid-Cambridge, is free to be developed as 12 market-rate units. (Photo: Marc Levy)

The detailed agreement between the city and a developer who challenged the Cambridge inclusionary housing ordinance in court reveals that the city gave developer Edward Doherty virtually all of what he sought in return for a one-time payment of $250,000 to the Affordable Housing Trust. It also sidesteps some wider questions about the inclusion of affordable housing in residential buildings.

Doherty not only got the right to create 12 market-rate condominiums at 12 Arnold Circle, instead of being forced to reserve two units as affordable, but can wait until the units are ready for occupancy to pay most of the $250,000 instead of paying before construction starts.

The agreement also stipulates that the inclusionary housing ordinance does not apply to the redevelopment of 12 Arnold Circle, language that was not in the city’s original summary of what it said was the agreement between the two parties. Doherty had wanted similar language: that the “property is not subject to the inclusionary housing regulations,” according to a filing by his attorneys, Michael Ford and Peter Morin.

But Doherty’s original settlement proposal last March – months before he bought the property in July – demanded a stipulation that the renovation was not subject to “further regulation by the Board of Zoning Appeal, the Historic Commission or other board other than the Building Department.” At that point, Doherty offered to pay $150,000; later, the city demanded at least $450,000.

The ordinance requires certain residential projects to make 20 percent of their units affordable to lower-income residents.

The city provided a copy of the Feb. 4 settlement agreement Thursday in response to a public records request.

The four-story apartment building has been deteriorating for years. City officials went to court in 2016 to force former owner Kenneth Krohn to make repairs that would bring it up to building and safety codes. After the city won a battle to put the building under the control of a receiver who was supposed to accomplish the repairs, Krohn agreed reluctantly to sell it to a developer for rehabilitation.

The first sale fell through when the city’s Board of Zoning Appeals ruled that the inclusionary housing ordinance applied to the project, requiring that two of its 12 apartments be affordable. Doherty, the second prospective developer, managed to buy the property last August by separating the sale from the affordable housing issue. He agreed to pay Krohn $4.6 million for the building, with a bonus of $1 million if he won a legal fight to keep the development all market-rate.

Krohn bought the building in 1974 for $95,000. Over the years, tenants moved out and Krohn remained, using the emptying space to store his own papers and books.

Doherty’s lawsuit, filed in Land Court, threatened to invalidate not only the city’s ordinance but similar regulations in other Massachusetts communities, a Land Court judge said. Doherty argued that the ordinance was a form of rent control because it forced owners to charge below-market rents to some residents. As such, inclusionary housing violated a broadly written 1996 state law outlawing rent control, Doherty’s suit said. Krohn had earlier filed his own lawsuit making the same argument.

Doherty’s suit also claimed that the city ordinance didn’t apply to 12 Arnold Circle in particular because it had not been vacant for two years, one of the tests of whether an existing building was subject to the regulation.

On Oct. 31, the day of a crucial hearing in Doherty’s case, Assistant City Solicitor Megan Bayer filed a surprise motion claiming that Doherty had offered to settle the case by paying $250,000 in return for getting relief from the ordinance and that the city had agreed to it. She asked the judge to enforce the purported agreement. Doherty’s lawyers objected vociferously.

Almost eight weeks later, on the day that the judge was to hear testimony on the issue, the two sides said they had reached an agreement in principle, canceling the Dec. 23 hearing. They didn’t disclose the terms, but City Manager Louis A. DePasquale sent a message to councillors citing the same $250,000 payment. That left the question of why Doherty had now agreed to the settlement.

The details make it clearer. In arguing against the city’s bid to enforce a “settlement,” Doherty’s lawyers said that they never would have agreed to the pact as Bayer described it because it required the developer to pay the entire $250,000 immediately and did not declare that the building was not subject to the ordinance.

Instead, Doherty will pay $50,000 shortly after he gets a building permit, and the remainder when the building department issues a certificate of occupancy. Doherty must guarantee the payment personally, the agreement says.

The settlement also leaves out a requirement the city had sought, mandating that Doherty pay Krohn his $1 million bonus within five weeks.

Krohn’s lawsuit is still pending, but the city may argue that he no longer qualifies to sue after he gets his $1 million, because he lacks an interest in the outcome. The city has 14 days after Doherty’s suit was dismissed Feb. 18 to file a motion to dismiss Krohn’s lawsuit.

The settlement leaves open the question of whether the city’s inclusionary housing ordinance and similar regulations in other communities conflict with the state rent control ban. State Rep. Mike Connolly has filed legislation to repeal the state law and adopt legislation that restores many tenant protections.

Several hundred tenant activists from Cambridge and other communities packed a Jan. 14 hearing in support of the bill. The Joint Committee on Housing hasn’t acted and has extended the time to make a decision until March 31. Gov. Charlie Baker has said he opposes bringing back rent control.

Although the legal issue wasn’t settled, city councillor Dennis Carlone, who testified at the hearing, said 12 Arnold Circle is unusual because it was a vacant building of more than 10 units and didn’t need zoning exemptions. Most developers of housing subject to inclusionary housing are building relatively large new projects and need zoning exceptions; they are not likely to risk delays or rejections by challenging the ordinance, Carlone said.

Last year the City Council approved an order asking the Law Department to prepare a home rule petition seeking permission from the Legislature for the city to adopt a fee on real estate transactions over $2 million, to raise money for affordable housing. The department hasn’t done so, and Carlone said councillors are prepared to submit their own petition if city officials don’t act this month.