‘First Cow’: Risks of frontier entrepreneurship go beyond financial, but milk it while you can 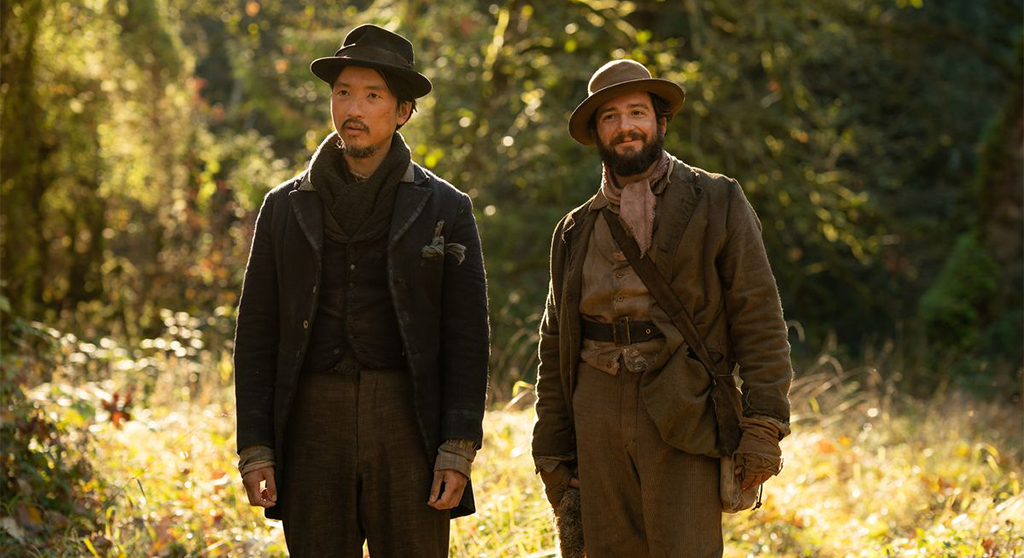 ‘First Cow’: Risks of frontier entrepreneurship go beyond financial, but milk it while you can

For her latest collaboration with writer Jonathan Raymond, Kelly Reichardt heads back to the same Oregon frontier territory that made “Meek’s Cutoff” (2010) so narratively rich and foreboding. The time’s a few years earlier than that existential traverse; it’s the early 1820s as folks spread west, hoping for land, gold and a new way of life. Those dreams are not without hardships along the way. Take Otis Figowitz (John Magaro), a cook signed on with a rugged party of uncouth trappers who hold the threat of violence over him, even though the foraging skills of their “Cookie” are the only thing keeping them alive in the Pacific Northwest wilds. Such aggression (“When this is all over, I’m going to kick your ass for real”) don’t seem to faze Cookie, almost as if he knows something no one else does. 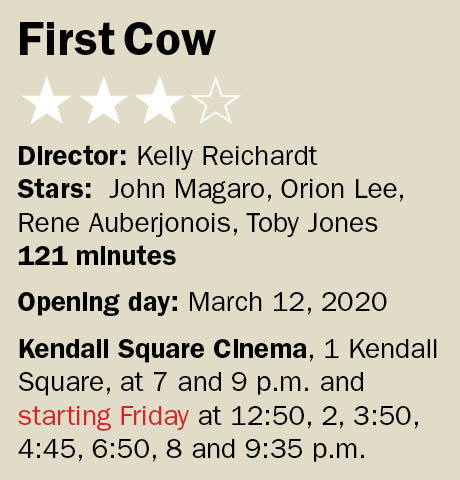 One night, while on a foraging run, Cookie discovers a naked man hiding among the ferns. At first he believes he’s run into a Native American, but no, King Lu (Orion Lee) harks from China and is clearly in trouble. Knowing the hostile inclinations of his fellow trail mates, Cookie provides silent aide and sustenance to King along the way. Eventually the party and King make it to a trade outpost, and that’s where Reichardt’s tale shifts from a frontier odyssey to a startup endeavor and social testament of a micro crime and macro punishment (think those affected disproportionately by drug laws). The heart of “First Cow” is the bond between Cookie and King that grows from that unselfish helping hand in the wilds to the cozy shack nearby that King invites Cookie to share and, ultimately, where they cook up a scone biz.

The “first cow” is the lone bovine on an estate outside the outpost, brought in by a wealthy bureaucrat known as Chief Factor (Toby Jones). Where there’s milk, there’s scones. Each morning Cookie sets up a cauldron of boiling oil and drips honey on his freshly fried “oily cakes” as King takes gold ingot and other tender from the line of frontiersmen hungry for a sweet taste of civilization – but to make the treats, each night the enterprising duo furtively milk Chief Factor’s cow. They’re something of Butch Cassidy and the Sundance Kid by way of Gates and Allen, with King as the brains of the operation and Cookie as his genius creator. King knows this is a limited-time opportunity before more cows and skilled chefs make their way to the remote port of commerce. Also too there’s the prideful Chief Factor who, curious as to why his cow bears no milk, commissions Cookie to make a special cake for a visiting mucky-muck. You know something has to give, but with Reichardt behind the lens you know it’s not going to go in a pat or predictable direction. Her denouements are an art form in their own right, always subtle and never registering more then a murmur on the plot-disruption scale, yet ever resonating in their lingering emotional impact. “First Cow” is no different. It’s a classic Reichardt branding that highlights the talents of Magaro and Lee, who, like Michelle Williams after her collaboration with Reichardt on “Wendy and Lucy” (2008), should see their stock rise. What the three have achieved here is one of the most unique and palpable portraits of male bonding captured on film in recent memory.