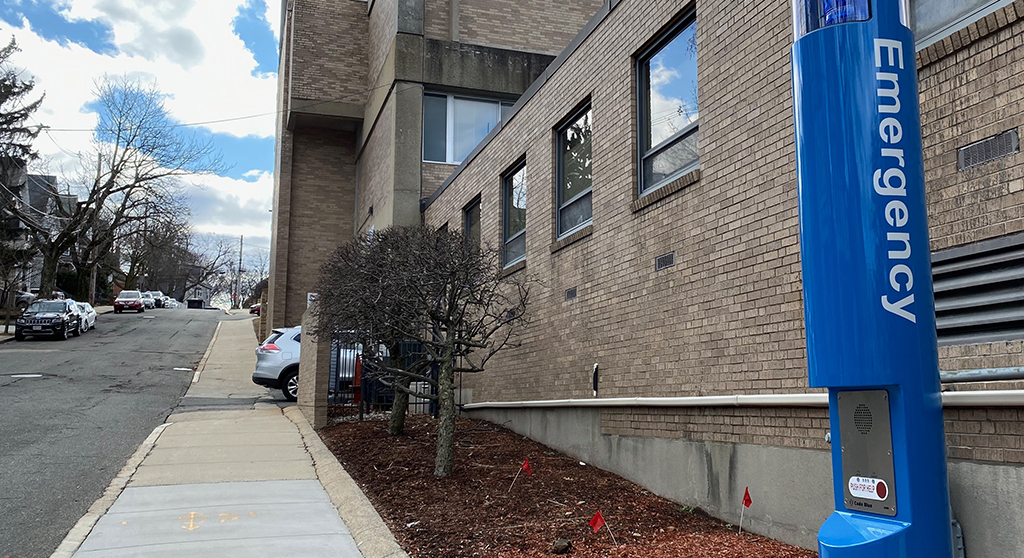 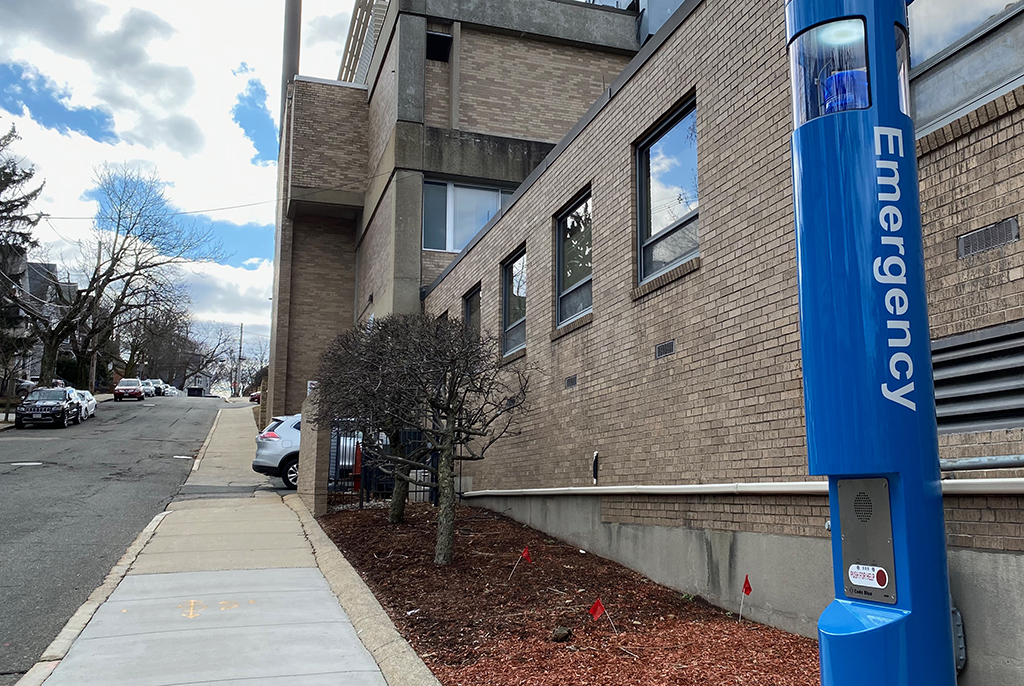 A coronavirus testing tent should be set up by midweek at the Crown Street parking lot up the hill from Somerville Hospital. (Photo: Marc Levy)

Cambridge is in for three months of cresting infections before Covid-19 begins easing off, based on watching how China has experienced its own outbreak, infectious disease specialist Lou Ann Bruno-Murtha told city councillors on Monday, describing preparations for wider coronavirus testing.

Tests and test results have been hard to come by in Cambridge as elsewhere in the United States, considering the initial need to run everything through the Centers for Disease Control and Prevention, but things are beginning to move in the right direction, said Bruno-Murtha and other officials from the city health department and Cambridge Health Alliance.

“Probably over the next two or three weeks” the Health Alliance can run tests in-house in a turnaround time of as little as 20 minutes, said Dr. Assaad Sayah, chief executive of the health care system and an expert in disaster preparedness. But until then, the city is dependent on private labs that are still trying to ramp up from being able to process fewer than 2,000 tests a week from across the entire nation.

Wider testing will begin with a “drive-through” approach that Sayah said could be running by midweek in a location central to the Alliance’s coronavirus “catchment” area: a tented facility at Somerville Hospital. It will be open at first only to Cambridge Health Alliance patients, he said. Those tested will be symptomatic as defined by the CDC, suffering from fever, coughing, shortness of breath or respiratory distress, and referred by a doctor.

The limitation will help keep Alliance staff from getting infected, which ensures they can keep treating patients (“This is not a sprint. This is a marathon,” Sayah said). In addition, a current patient will take all of 30 seconds to get registered, as opposed to the 10 minutes it will take for someone who’s never been in the system. At MIT Medical, a doctor has described testing as laborious, including putting on mandatory full “personal protective equipment” to do a Covid-19 test and taking three swabs required by the state’s Department of Public Health, including one for strep, one for influenza and a final one for Covid-19.

“Once we make sure that that’s up and running, we’re planning to open multiple sites and open that to the general public,” Sayah said of the pilot site coming to the Crown Street parking lot up the hill from Somerville Hospital.

Of the 58 coronavirus tests administered by the Alliance emergency department, all have been negative, Bruno-Murtha said.

The coronavirus-focused meeting took place in a Sullivan Chamber that had no audience and only a handful of nine city councillors physically present. With City Hall and other municipal buildings aside from police headquarters closed to the general public amid infection fears, citizens were invited to give public comment long distance, via conferencing software called Zoom, and five councillors were similarly participating remotely. (“There’s a lot going on. These are truly unprecedented times,” Mayor Sumbul Siddiqui said, wrestling with software stymying discourse because people failed to mute their microphones at home.)

Councillor Quinton Zondervan, who later urged the council to meet only on the essential business of handling the virus, argued that Cambridge and the rest of the country trailed the outbreak in Italy by about two weeks – and Italy had experienced 368 coronavirus deaths just the previous day.

“The mall is still open today. I did speak with [mall owners] and they are working on potentially shutting it down this week. Dental offices, we’re being told they’re still open. Dunkin’ Donuts. Workbar. So there are still too many places that remain open where people are socializing and potentially spreading the virus and putting us in danger of overwhelming our health care systems,” Zondervan said.

Speaking to his fears, Sayah said the Alliance had been working on disaster preparedness and was readying for a potential surge in patients. Bruno-Murtha, who has been in charge of those efforts, said later that an announcement went out Monday through Alliance ambulatory centers “to reach out to all patients and defer all nonessential appointments” to around May 15.

“And all elective surgeries and procedures have been postponed,” Bruno-Murtha said. “We are still able to see any patient that must be seen [and] we are still available for urgent surgeries.”

All patients should be notified in the next day or two, she said, of this effect of preparing for the worst of Covid-19.