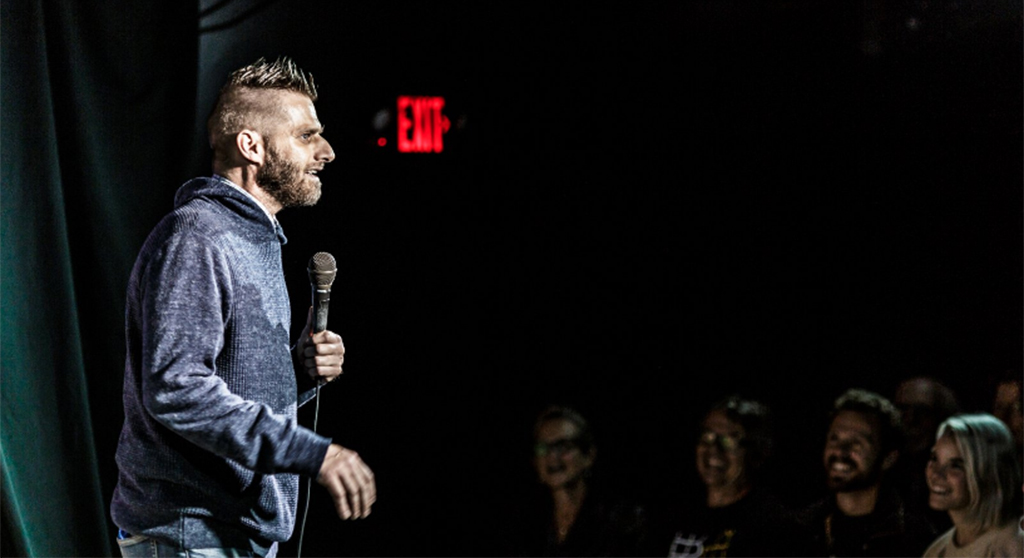 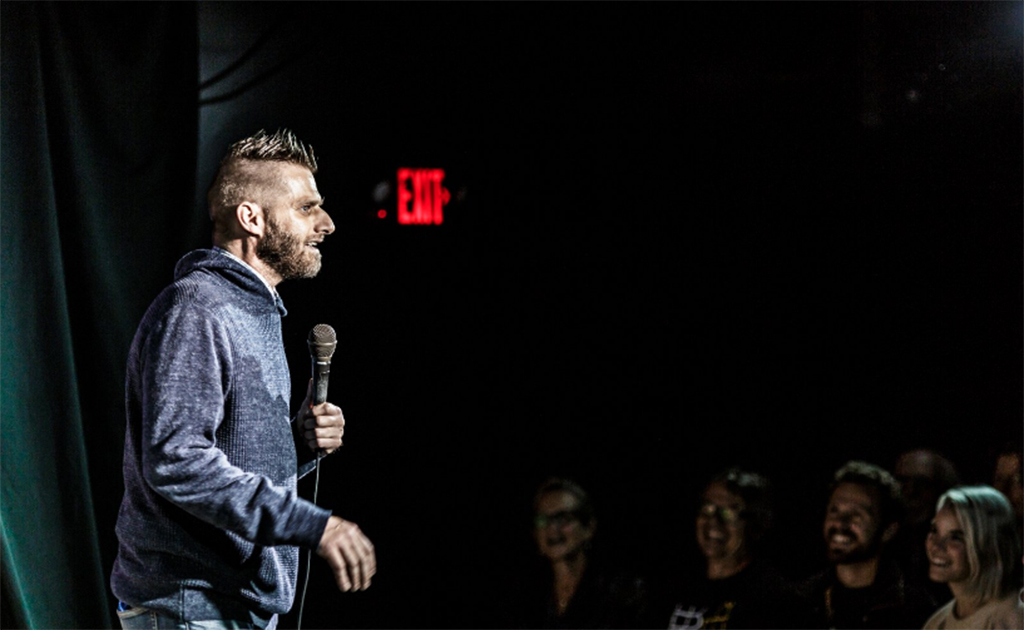 Comedian and comedy teacher Dana Jay Bein is a frequent presence on Twitter – sometimes being funny, often being earnest, painfully honest and urging whoever sees his tweets to love themselves and follow their dreams. At noon Wednesday, appropriately socially distanced in his Cambridge apartment, he posted a thread online with a complete rewrite of Queen’s “Bohemian Rhapsody,” customized for the coronavirus crisis.

Is this a sore throat?
Is this just allergies?
Caught in a lockdown
No escape from reality.

And even if you didn’t see the original tweets, you must have seen the results by now: A barrage of social media videos of people singing Bein’s lyrics and international coverage of the phenomenon, a clear favorite for leading meme of the quarantine. We talked with Bein by phone on Thursday and added some updated information from Friday before posting. The conversation has been condensed and edited for publication.

What’s been the impact of your “Coronavirus Rhapsody” so far?

It’s been insane. It’s hard to keep up with, to be honest. I looked at the stats on Twitter and it’s got 25 million impressions. It’s got 569,000 likes and 169,000 retweets. I never expected it. I mean, you’ve seen me on social media before – I do a lot of brain dumping. And I’ve done so many projects where I work really hard and nobody liked them, but “Coronavirus Rhapsody” took me about six or seven minutes to write: I literally had a scratch in my throat and said out loud, “Is this a sore throat, is this just allergies?” And then boom, I had a lightbulb and I just hammered it out from there and I threw it online, not thinking anything of it. I saw some Boston comedians retweeting it and thought, “Okay, that’s a good sign.” And then before we know it, a lot of people with blue checkmarks are retweeting it and yeah, it’s unreal.

Theresa Rose and Angel M. Castillo do a version on YouTube:

How many response tweets are there of people singing?

I’ve watched at least 30 of them. I know there’s way more. I have so many DMs in my Instagram I haven’t looked at, I would guess there’s probably 100 of them out there if not more – in fact, it’s probably way more. This is all so foreign to me in terms of the sheer number of people who are playing along and on board. A lot of people were like, “You gotta do the video.” But part of what I love about this is everybody’s participating – I don’t want to do the video! You do your own, share it. Let’s do this together,  let’s collaborate while we’re socially distanced. To me, that serendipitous part of it really makes me happy.

If you wrote “Coronavirus Rhapsody” in six or seven minutes, you must know the original song really well.

I know the lyrics by heart. But to be fair, I’m not even a huge Queen fan. A couple of the local news stations were like, you know, “He’s a Queen superfan.” I just know it’s a great song. I’ve done it at karaoke before. What I did was, once those two first lines hit me, I pulled up the lyrics and they were side by side with my notepad and I just hammered it out. It wrote itself. You’ll notice there’s a couple of lines I barely changed because they’re so creepily fitting.

On Twitter you do a lot of positivity, a lot of honesty. As someone who’s on social media a lot, what does this viral moment mean to you?

I can’t tell you how much joy it brings me to know that hundreds of thousands of people are singing a parody I wrote while they’re in lockdown, struggling. I’ve had people tell me this is the best thing that’s happened to them in this pandemic. I’ve had nurses tweet at me and tell me they’ve sung my song at the hospital. I’ve had doctors tweet at me and tell me this is what they need to hear. To be a part of any joy at a time like this, it chokes me up, to be honest. I really want to be there for people. And if it’s this way, great.

Aaron Bailey and his roommate Doms, in a take from Twitter:

Well, it’s funny, because I’ve been on a hiatus from performing since September. I just kind of hit a wall and needed to take a break from my mind and body. I didn’t feel like I really wanted to bring my voice on stage – that voice you hear on social media is not on stage, and I want to find more of a purpose in my standup. Not that there isn’t some value or some artistry in standup, but for me I really wanted to find more, and altruism has always part of what I believe in. That’s why we’re here. People tell me this is really on brand for me. And again, it kind of chokes me up, because if this is what people see me as, I’m doing something right.

Does this mean you might get out there again and perform?

I will definitely be inspired to do something. But I don’t know if it’ll be traditional standup. I’d like to use my platform for good. I want my comedy to be more of a sharing experience, without being preachy.

What’s most important to get out there right now?

I don’t think the pandemic is a joke. It’s important to listen to health officials and virologists and epidemiologists. The experts will tell us what to do, and hopefully we can get back to normal sooner rather than later. Whatever “Coronavirus Rhapsody” accomplishes, I’d hope to help the people in my circles, and a few groups in particular. I work at Inman Oasis as an assistant operations manager during the day, and everyone is out of work, and they’re people I really care about. ImprovBoston and The Comedy Studio are shut down right now, and if there are ways to help them, that would mean a lot to me, whether a gift certificate or merch or whatever. I know a lot of people are going to suffer financially, and I’d hate to see some of my favorite places not recover from this.