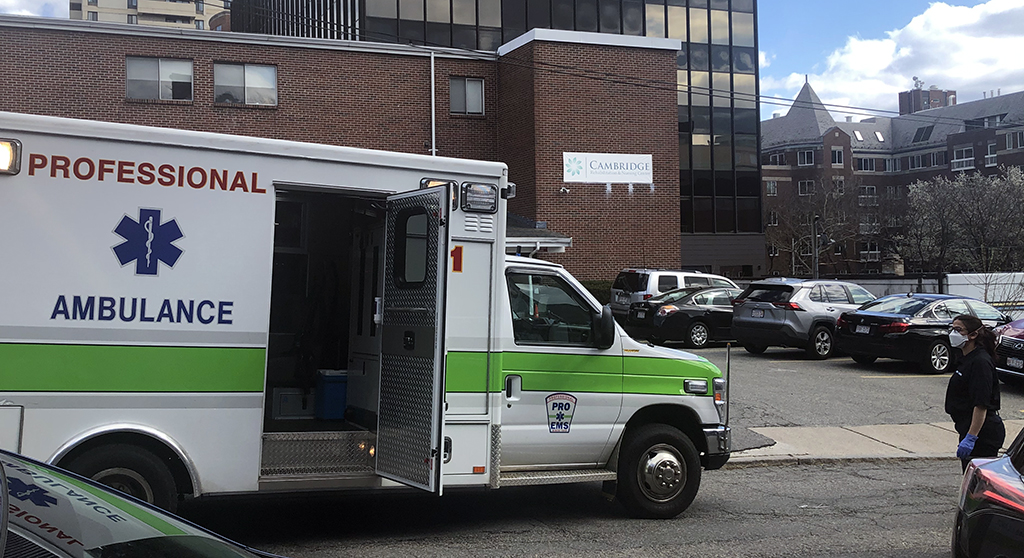 The more-than-30 cases category was the highest level of infection reported by the state health agency. Of the three homes, only Sancta Maria Nursing Facility on Concord Avenue had previously disclosed that some of its residents had the virus, and that was on a recorded message that did not give numbers. The other two homes are Neville Center, at Fresh Pond, and Cambridge Rehabilitation and Nursing Center, on Dana Street.

Administrators at the three homes couldn’t be reached Monday night. Last week none of them returned calls from Cambridge Day. City Public Health Department spokeswoman Susan Feinberg didn’t respond to an email asking what the department is doing to respond to the outbreaks.

Cambridge has not reported the number of deaths among long-term care residents except for six deaths announced April 13. As of Monday, a total of 26 Cambridge residents have died from Covid-19.