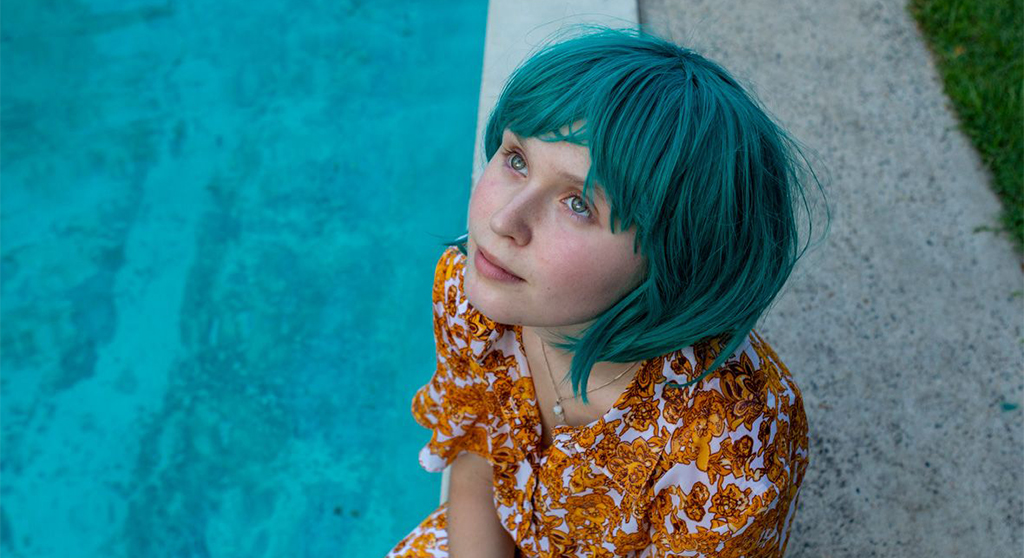 There’s been no shortage of sick teenage girl romance in cinema. From “A Walk to Remember” (2002) to “The Fault in Our Stars” (2014) and “Me and Earl and the Dying Girl” (2015), it’s a surefire trope in storytelling. “Babyteeth,” the latest entry in the canon, is immediately suspect for a summary that hits beat for beat the stories we’ve sat through in an oversaturated genre. Where this film by Shannon Murphy (“Killing Eve”) manages to diverge is in its reliance on the leading lady, who, unlike the countless other versions of her, is the sole focus of this story. She isn’t a tool to evoke emotions due to a devastated romantic partner and she isn’t built on the flimsy, whimsical nature of being the beautiful dying girl frozen in time. She’s raw and destructive, curious and loving, in control of her own agency in a way that demands focus.

Eliza Scanlan (“Little Women,” “Sharp Objects”) plays Milla, the terminally ill teenager in the midst of her latest bout of chemotherapy. After a chance encounter at a train station with Moses (Toby Wallace) a 23-year old drug addict with a distracting rat tail, she falls head over heels immediately, despite the age difference – a gap summarized as “uncomfortable” by her mother (a stunning Essie Davis, of “The Babadook” fame.) Milla’s mom and father (played by Ben Mendelsohn, in what feels like his first humanistic role in ages) are coping with their daughter’s diagnosis by numbing themselves, with Anna becoming one of Henry’s patients just so they can keep her loaded up on Ativan. The family is living on a powder keg, and the introduction of Moses only stokes the flames – though, as they find out, it’s his presence that may serve Milla best.

The “romance” between Moses and Milla is distinct in its refusal to wear rose-tinted glasses. It’s a discomforting pairing from the start – Milla begins the film at 16 – and yet, as they toe the line of a playful, flirtatious friendship and the something more that lays beyond it, the chemistry between Scanlan and Wallace is electrifying and addictively youthful. Even without anything sexual, there’s almost no physical lines between them as they roll around like cats, invade one another’s personal space and begin to live codependently.

The success of their relationship is largely in part due to Scanlan and Wallace. While the script by Rita Kalnejais, based on her play of the same name, has moments of real honesty and power, it’s also prone to repetition. The pair stop and start their relationship multiple times before settling into something stable, relying on that source of fractured drama to propel much of the main storyline. That leads to a slight issue with pacing, but the two young performers keep it from becoming stale, and each new interaction manages to be electric in its own way. Scanlan has been a rising star, and “Babyteeth” solidifies that status with a performance that’s both wise beyond her years – befitting a character who has to live such a tough life only to die young – but also heart-achingly vulnerable in the moments when we’re slapped with just how young and new to the world this character is. She’s a soulful performer, complimented mightily by Wallace, a ball of kinetic motion and wild eyes; he’s tamed by her steadiness, and she’s enlivened by his inability to sit still.

The cast is fully formed with Davis and Mendelsohn, who deliver similarly great performances, and while the film is centered on the romance of Milla and Moses, the story is anchored around the sickening grief that Anna and Henry prematurely experience as they wait for their daughter to disappear and become apart of the clouds and sky. They’re not the most likable parents and, as Anna states, their parenting styles are questionable at best, but they’re bitterly real in how they cope with uncompromising tragedy.

What keeps the film from being just a depressive lull, in addition to the stars’ youthful fervor, is a soundtrack packed with lively songs from the likes of Tune-Yards and Sudan Archives, each giving the story a burst of propulsion. That, along with Murphy’s direction and the vibrant work of cinematographer Andrew Commis, bring alive a spirit that longs to break free from Milla – one that’s too big and too bright for a body that’s slowly rejecting her. In one scene, in which Milla and Moses go to party at a stranger’s apartment, a projection of fireworks dances across her face, cascading down, and this – plus a moment later when she performs a duet with her mother – projects a clear image of what it truly means to feel alive, the moments where you feel sparks in your fingertips and music in your blood.

Murphy’s debut feature film manages to buck tradition while embracing elements that have built the genre into an industry in the first place. Despite the heavy material, “Babyteeth” is so purposefully consumed with the need to live in the moment that it doesn’t so much drag the viewer down as it engulfs us into its emotional orbit. For all its romance, screaming matches and abundance of bodily functions, “Babyteeth” has a sweet and sentimental core, and it’s that center that lingers on long after the credits roll.