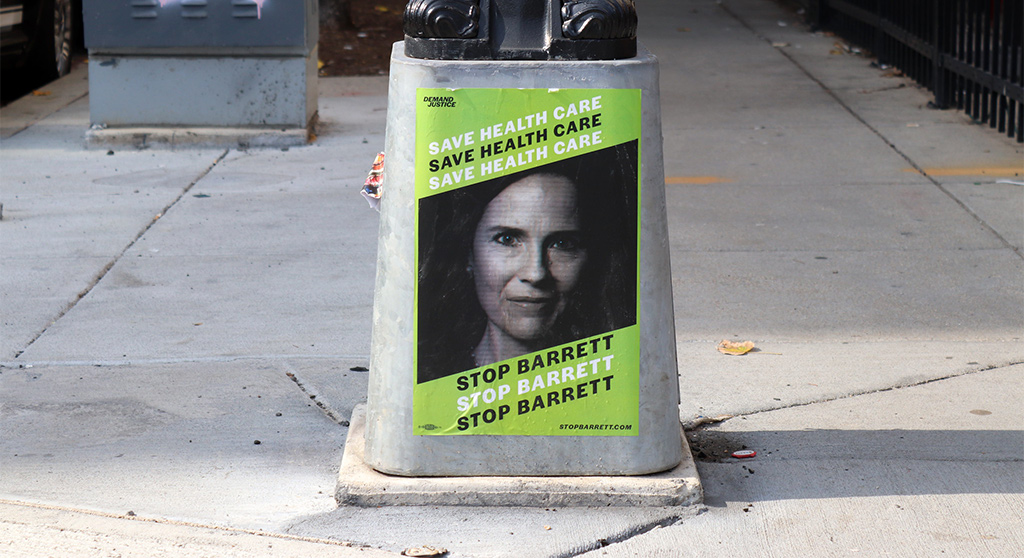 The confirmation of judge Amy Coney Barrett to the Supreme Court continued on rails Friday, with the U.S. Senate beginning debate for a Monday vote to fill the vacancy left by the death of Ruth Bader Ginsburg. That was just Sept. 18, but Republicans are intent on getting a 6-3 conservative majority in place on the bench before the November elections – both because President Donald Trump might be replaced by Joe Biden, and because the court could prevent that replacement if the election looks close.

But what if the nominee were just to refuse the position?

Janie Katz-Christy, director at the transportation-focused Green Streets Initiative, a Cambridge nonprofit, has started a petition asking Barrett to do that, as of Friday afternoon nearly all the way to the hoped-for 500 signatures. Katz-Christy hopes more people will sign the petition – called “Please restore trust in the Supreme Court by halting your nomination, Judge Barrett” – despite acknowledging it’s unlikely to have any effect.

“I’m very unrealistic, I guess, in most things,” Katz-Christy said Friday. “But if we don’t do it, we won’t know.”

In reading coverage of the nomination and confirmation process, she said, she’s been struck by “how tainted it is, and just how undermining it is of our compact with each other.  I don’t think this is the precedent we want either party to be setting.”

There is a petition by the sisters of Barrett’s sorority, Kappa Deltas, denouncing the nomination, and a request to Barrett by fellow faculty members at the University of Notre Dame to pause the process until after the November presidential election. Katz-Christy borrows from it for her petition. “I just wanted to pull it all together and give people who feel that way a chance to speak. You can’t sign on to the Notre Dame faculty’s request,” Katz-Christy said.

“I don’t know how many signatures it would take,” Katz-Christy said. “But she should be embarrassed to be getting on the court this way.”