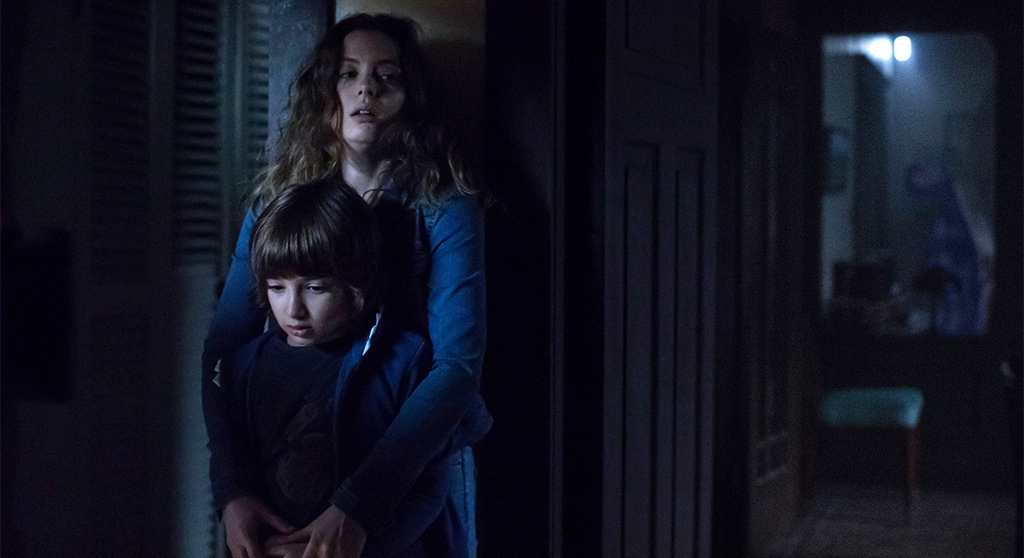 Remember little Heather O’Rourke in “Poltergeist,” mesmerized by the static on a TV and warbling, “They’re here?” That 1982 chiller from Tobe Hooper (“Texas Chainsaw Massacre”) might not be the first film in which ghouls and spirits from beyond made use of technology to haunt those in the material world, but it certainly cemented it as a plot device – evidenced by the later “Ringu” and “Ring” films and even Wes Craven’s “Shocker” (1989). In “Come Play,” Jacob Chase gives us something of a techno upgrade as an incarnation known as Larry invades the life of an autistic boy with a speech impediment, coming at the lad through the gadgets he employs to communicate.

The film marks Chase’s feature debut, and is in fact an expansion of his 2017 short, “Larry.” Themes at play are the painful loneliness of being an outlier and the emotional turmoil a marriage in distress can have on a child with special needs. At school Oliver (Azhy Robertson) gets to use his smartphone in class because he can’t make complete sentences and uses a speech app to help. It also makes him the target of bullies, and it doesn’t help that his parents (John Gallagher Jr. and Gillian Jacobs) are on the edge of splitting up because of those difficulties. When left to his own devices – iDevices, to be exact – Oliver takes solace watching “SpongeBob SquarePants” episodes. One day while checking in with the kooky undersea character, a digital graphic narrative called “Misunderstood Monsters” pops up. As Oliver begins to read through it, slowly and cautiously, Larry – something of a cross between Jack Skellington and Slender Man – starts to use the Internet and electrical wiring as a means of coming more and more into the physical world. Yeah, it’s a bit of a page lifted from Jennifer Kent’s brilliantly moody “The Babadook” (2014), but not as well scripted or emotionally compelling. Kent’s film was more straight-ahead; Chase has more rules and domestic complexities that don’t fully get worked out – which is too bad, because you can feel this is something of a passion project for the nascent filmmaker.

The big win for Chase is Robertson, last seen in “Marriage Story” (2019), another movie built around an unraveling marriage. There he was more plot point; here he’s tasked with conveying loneliness, fear and disenfranchisement, and does so admirably. The role’s slightly akin to that of Danny Torrance in “The Shining” (1980), or close enough in that the child’s affliction is an in to the supernatural. Great company to be in, but it doesn’t all pull together like Kent or Kubrick’s apex accomplishments .