Coalition: This is the time to Move Your Money into small banks that care about the community 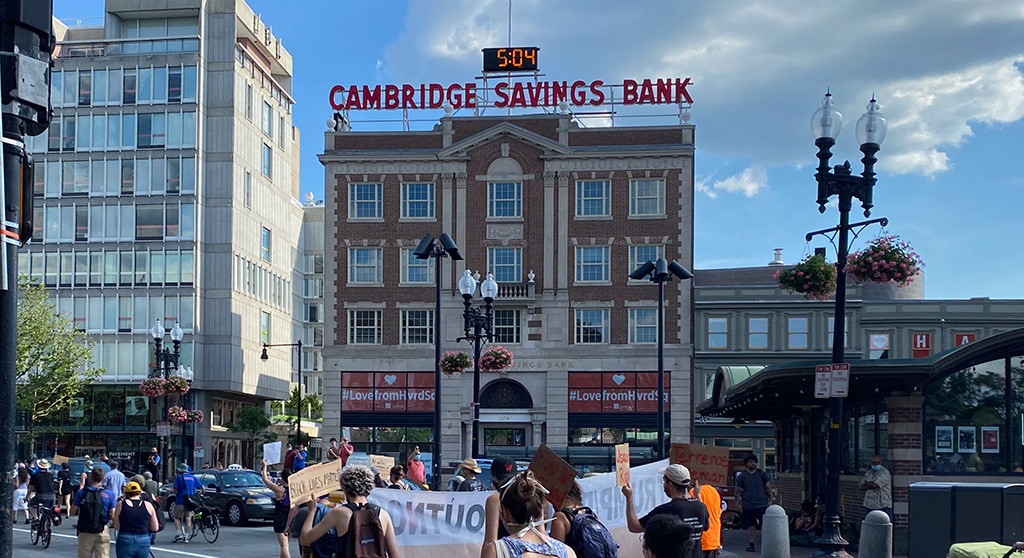 Coalition: This is the time to Move Your Money into small banks that care about the community

By Ryan Scanlon and Theodora Skeadas For decades, we have entrusted too much of our money to a handful of really big banks that hold power over our communities without giving back, regularly practicing unethical and biased lending practices and catering disproportionately to big, not small, businesses.

In 2020, Massachusetts citizens deposited $286 billion into just three banks: Bank of America, Citizens Bank and State Street Bank. These big banks decide who among us can borrow money, but instead of reinvesting in Massachusetts, they take our money and invest it far away. This is money that is needed to grow our communities and small businesses, which are essential for creating diverse wealth, family wealth and generational wealth. Without access to money, entire communities can become trapped in poverty.

But large banks are structurally incapable of lending to small businesses, because they are not specialized in local markets and consider it too risky to lend within them. Banks such as Bank of America, Chase, Citibank and Wells Fargo mostly provide $250,000-plus loans to businesses with more than $5 million in annual revenues. This leaves out substantial numbers of small businesses such as clothing stores, architects and law firms, restaurants and wine companies.

The 1990s saw repeals of the McFadden Act (which constrained banks in their home states) and Glass-Steagall Act (which separated commercial banking from investment banking), and large retail banks responded predictably: They opened branches across state lines, merged with investment banks and traded on stock exchanges, shifting their already bare small-business lending funds to trading. That devastated the small-business lending industry, while reckless trading helped cause the 2008 financial crisis. Yet these banks have only grown larger since.

The big banks also continue to practice unethical and biased lending practices such as redlining, in which they restrict lending in certain areas based on race. This is immoral and criminal.

We can’t continue to support these institutions with our savings accounts, checking accounts or government accounts. Yet we do. And they keep gaining power because of it.

Is there a better way to deposit our money?

Yes. Until the McFadden and Glass-Steagall Acts are reinstated, we can shift our deposits to smaller community banks and credit unions – long-standing pillars of the community that invest and lend in the cities and towns where they’re chartered, allowing families to grow financially, but often go unrecognized.

Community banks such as these have a special relationship with small businesses. They offer more than 60 percent of all small-business loans, which helps Cambridge thrive.

This month, Cambridge Local First is partnering with the Sustainable Business Network of Massachusetts and the newly formed Cambridge-Somerville Black Business Network on a monthlong Move Your Money campaign aimed at amplifying the benefits of banking locally for residents, businesses and students. The campaign will highlight the technical advantages and opportunities offered at these small banks, their positive effects on the community and their better customer service. The campaign will also show to open accounts or transfer your money to local banks.

We’re asking you to help us spread the word about #MoveYourMoney – but to first take the step of looking up who you bank with.

Do they have a history of redlining and not lending to communities of color?

Do they prioritize bailing out large corporations instead of your neighborhood coffee shop?

Make the pledge to move your money and invest in Cambridge. Learn more here.