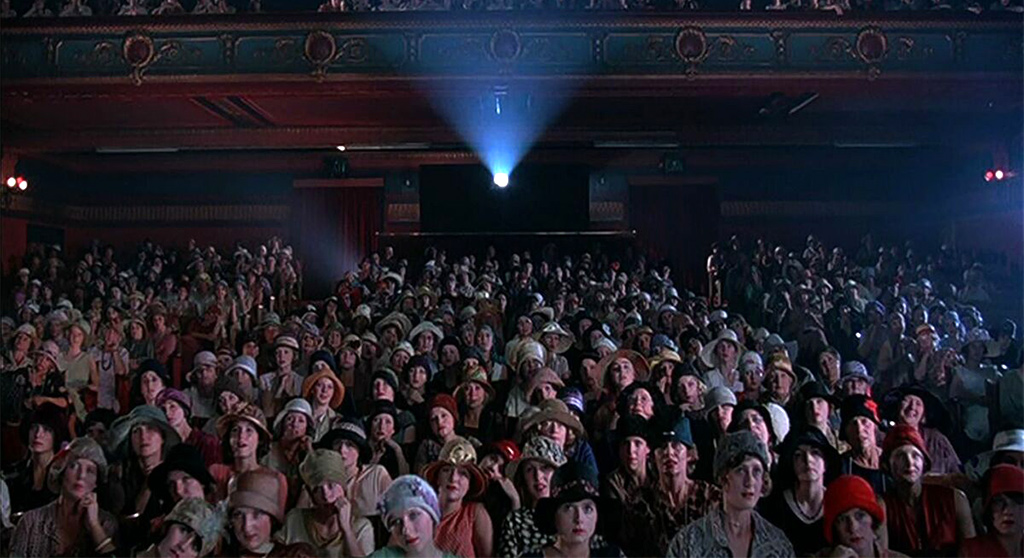 The 46th edition of the Boston Science-Fiction Film Festival (hosted at the Somerville Theatre in non-Covid times) kicks off virtually Wednesday and runs through Feb. 15, with a new app to help manage events and screenings. Documentaries include “Kubrick by Kubrick” and “Red Heaven,” a contemplation on getting to Mars. On the narrative side there’s “The Trouble with Being Born” (in its East Coast premiere), about a near future when androids are part of the family clan, and eye-teasing titles such as “Shakespeare’s Shitstorm,” “Mermaid in Paris,” “The Old Man Movie” and “Monster Seafood Wars” (called “ridiculous and delicious”). Among the many panel discussions are “Afrofuturism: The Once & Future Thing,” “Burden of Proof: Documentaries at the Crossroads” and “The Female Gaze: Women Behind the Camera.” The festival’s urges everyone to “Stay safe, stay healthy, wash your hands, watch a movie.” For tickets and information, see the festival website.

The documentary “Edo Avant-Garde” (2019) screens virtually Tuesday from the Harvard Art Museums, chronicling the Japanese artists of the explosively creative Edo period (1615-1868) and its influences on modern art. After the screening, Rachel Saunders, curator of Japanese art at the museums, will host a discussion with director Linda Hoaglund. To sign up or get details, see the museums’ website.

The Brattle’s Virtual Screening Room added interesting selections this weekend, including James Szalapskis’ 1976 documentary “Heartworn Highways,” which follow the roots of “outlaw country” music featuring Charlie Daniels, Guy Clark, Townes van Zandt and Steve Earle. Also on the billboard is the experimental “Have You Seen My Movie?” (2016), a gift to cinephiles from Paul Anton Smith, an editor on Christian Marclay’s iconic 24-hour film “The Clock” (2010) that ran at the Museum of Fine Arts, Boston in 2017. Smith has mined clips from well-known and obscure films – among them “The Last Action Hero” (1993), “Contempt” (1963) and “Deep Throat” (yes, the porn from 1972) – to create a kaleidoscope of cinematic teasers that rivet and engage as you hop from one memory trigger to the next trying to guess what it was from and if you’ve seen it before. Finally comes “The Mirror” (1975), Andrei Tarkovsky’s dreamy cinematic reflection of 20th century Russian history. It’s kind of a hypnotic cinematic poem with rippling undercurrents, much like the director’s 1979 followup, “Stalker.”

Christopher Plummer, the actor forever known for his role as Captain Von Trapp opposite Julie Andrews in the timeless “The Sound of Music” (1965), passed away last week. He was layered in and appeared in many more films that you probably remember. He won an Oscar for his part in “Beginners” (2010) as a terminal senior who comes out after his wife of 44 years dies, and was nominated for his last-second sub-in for Kevin Spacey as J. Paul Getty in “All the Money in the World” (2017) – Spacey was digitally removed from film after #MeToo allegations against him came to light. Plummer was famous for his derision of Andrews and their collaboration, which has become a cherished Christmastime tradition but which he called “S&M” and “The Sound of Mucus.” Plummer had a part in “Knives Out” (2019), the murder mystery shot nearby, had a “Star Trek” turn and besides Getty portrayed such icons on stage and TV as Mike Wallace (“The Insider”), Cyrano de Bergerac, Othello and Leo Tolstoy (“The Last Station,” earning another Oscar nomination). My favorite Plummer films – those you-forget-he’s-in-it films – are as author Rudyard Kipling in “The Man Who Would Be King” (1975) under the direction of John Huston and opposite Michael Caine and Sean Connery, and “The Girl With the Dragon Tattoo” (2011), David Fincher’s masterful retell of the dark Swedish hit.

Another actor gone is Hal Holbrook, best known for his long list of impressive supporting roles in knockout films and portrayal of timeless icons, most notably Mark Twain for more than 50 years on stage. Holbrook, who was nominated for an Oscar (“Into the Wild”) and won several Emmys, was probably best known for his role as Deep Throat in Alan J. Pakula’s searing 1976 take on the Watergate scandal, “All the President’s Men.” For me, thinking across Holbrook’s impressive and long CV, two favorites (besides “President’s Men”) jump out, both dealing with vigilantism: the second Dirty Harry offering, “Magnum Force” (1973), in which Holbrook’s top cop has formed a brigade to enact street justice, and “The Star Chamber” (1983), in which judges and others (Holbrook and Michael Douglas) form a secret society to bring about the sentences that they feel elude them in the courtroom.