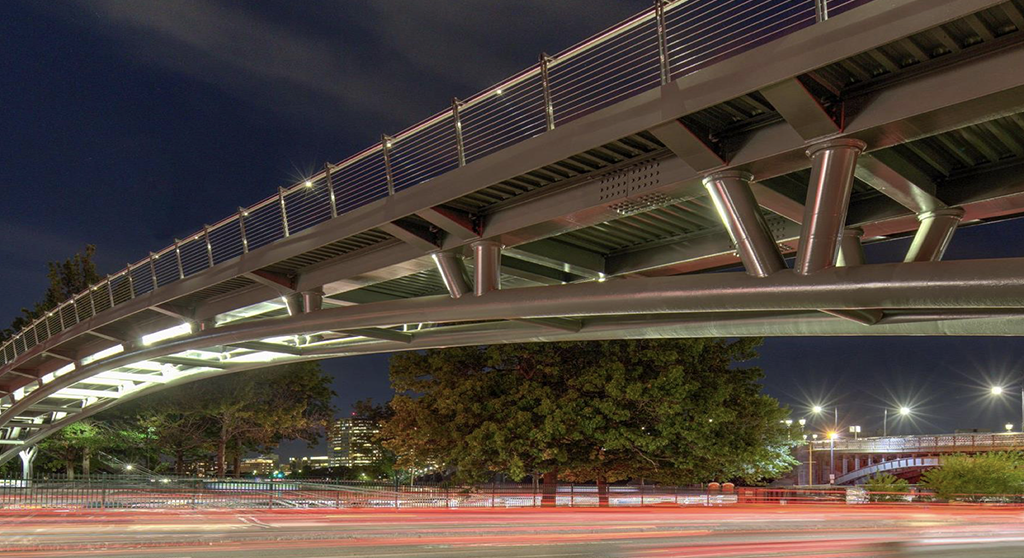 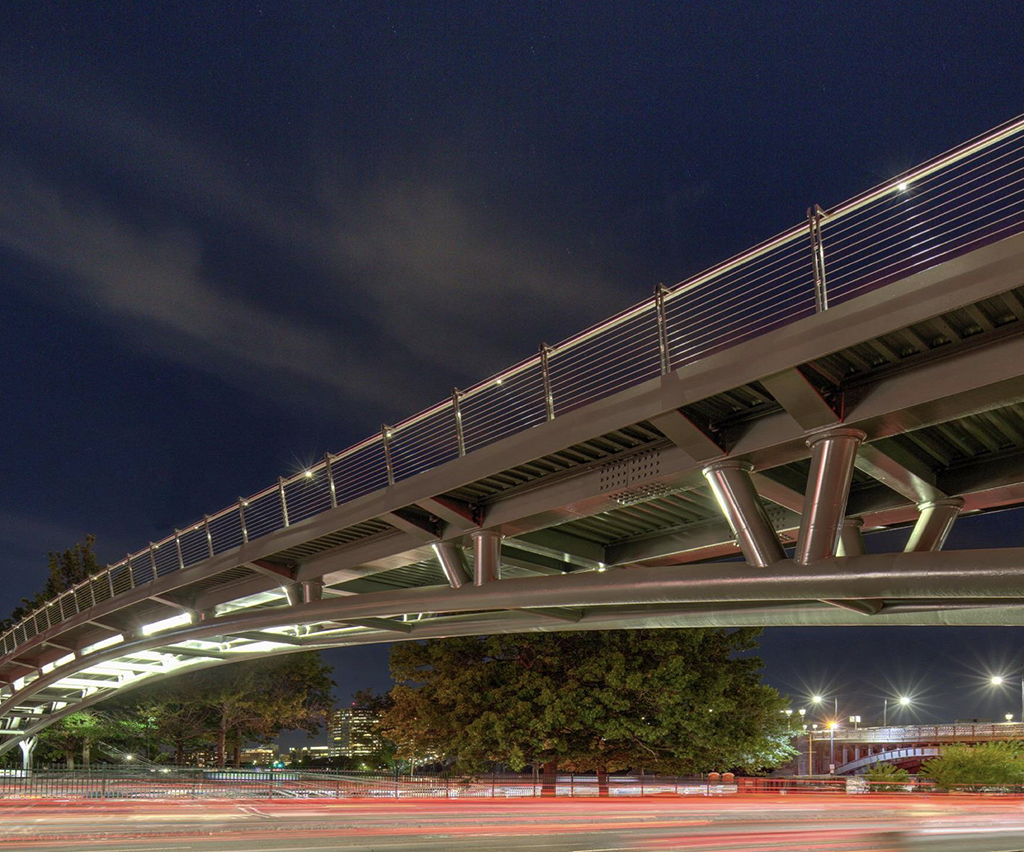 A rendering of a long talked-about pedestrian bridge for the Alewife area. (Image: Cabot, Cabot & Forbes)

License Commission, 1 to 2 p.m. Monday. The commission’s Feb. 10 dismissal of a plan to get more acoustic music into nontraditional venues didn’t go over well with the City Council last week; commissioners plan to take the issue up again in light of the council’s comments, making for the sole item on the agenda. Watchable by Zoom video conferencing.

City Council, 5:30 p.m. Monday. Despite the financial challenges of dealing with coronavirus, the city has again earned the highest credit rank of the big three rating agencies, which helps keep interest rates low on bonds used to pay for construction and other big projects. The council also has zoning to talk about in two areas: Alewife (there are Ordinance Committee reports on this plan, which could bring a long-awaited bridge over train tracks but has not really won over councillors overall) and at the Broad Canal.

It’s a proposal to put affordable housing on a city-owned parking lot at 25 Lowell St. that’s likely to draw attention, considering city staff’s foot-dragging on such ideas despite council enthusiasm. In this case, interest may be even greater because of the lot’s West Cambridge location; councillors generally find the neighborhood to be underrepresented in the city’s affordable housing stock, and the site is by Mount Auburn Hospital, the Cambridge Arts Association and the New School of Music.

There are also orders around police and public safety, with calls for the city to be more transparent around the work of a task force meant to examine their future – neither agendas nor recordings and minutes from the first two meetings are available, councillor Quinton Zondervan says – and to talk about the social-work hiring prioritized ahead of police positions last year. A final order concerns low morale and bad conditions at a 240 Albany St. homeless shelter, where there are reports of staff pay below a living wage.

School Committee, 6 p.m. Tuesday. An approach to filling student needs called Individualized Student Success Plans has enough fans among committee members that they propose getting a group looking at widespread implementation to start work before schools’ mid-April break. More immediately practical suggestions on the agenda: delivery of free menstrual and sanitary hygiene products to students who had been reliant on finding them at school; and communicating with students more via text – not just to tell them what’s happening at their schools, but also to collect data and get their feedback. Televised and watchable by Zoom video conferencing.

Planning Board, 6:30 p.m. Tuesday. When Rodney’s Bookstore closed in November at 698 Massachusetts Ave., Central Square, after 21 years, the likely next use for its space was already known: a relocation by the Citizens Bank directly across the street. The conflict comes in local zoning that’s supposed to prevent banks from taking up more than 25 feet of an address’ frontage on Massachusetts Avenue or Main Street, since financial institutions create dead zones where cities want lively streetscapes; still, the swap shrinks the bank overall and theoretically opens up more square footage overall for other, more interesting uses in the space it would leave behind at 689 Massachusetts Ave., a handsome structure known as the Savings Bank Building. The second item of the night: a long-planned six-story hotel with 70 rooms (up from 68) for Kendall Square replacing an empty lot; the former Kendall Hair Co.; and former Emma’s Pizza at 34-40 Hampshire St. The board and City Council made a zoning change for the site in April 2019 specifically to allow the hotel. Televised and watchable by Zoom video conferencing.

Neighborhood & Long Term Planning, Public Facilities, Arts & Celebration Committee, 5 to 7 p.m. Thursday. This committee run by city councillor Patty Nolan plans to “discuss with neighborhood groups their successes and challenges and how the city can better support them.” It’s an anodyne description of a conversation that resulted from an Oct. 18 incident at the East Cambridge Planning Team that some say shows a group out of touch with the wider community and others see as a calculated attempt to undermine protections against rampant development. (Cambridge Day last reported on this Dec. 1.) The other part of the committee’s agenda is about the goals of the Envision Cambridge citywide master planning process, and is less controversial and ultimately more important: Envision cost the city millions of dollars for a three-year study process that was supposed to guide every aspect of city development over the next decade, but projects continue piecemeal while little has been done with Envision since it was presented in the fall of 2019. Watchable by Zoom video conferencing.

Housing Committee, 10 a.m. to noon Friday. This committee run by city councillors E. Denise Simmons and Jivan Sobrinho-Wheeler will talk about implementing a condo conversion fee. It’s part of a long, larger conversation around giving renters some protection if landlords opt to go the condominium route. Televised and watchable by Zoom video conferencing.