‘Raya and the Last Dragon’: Lore as reimagined by Disney, brought to animated, triumphant end 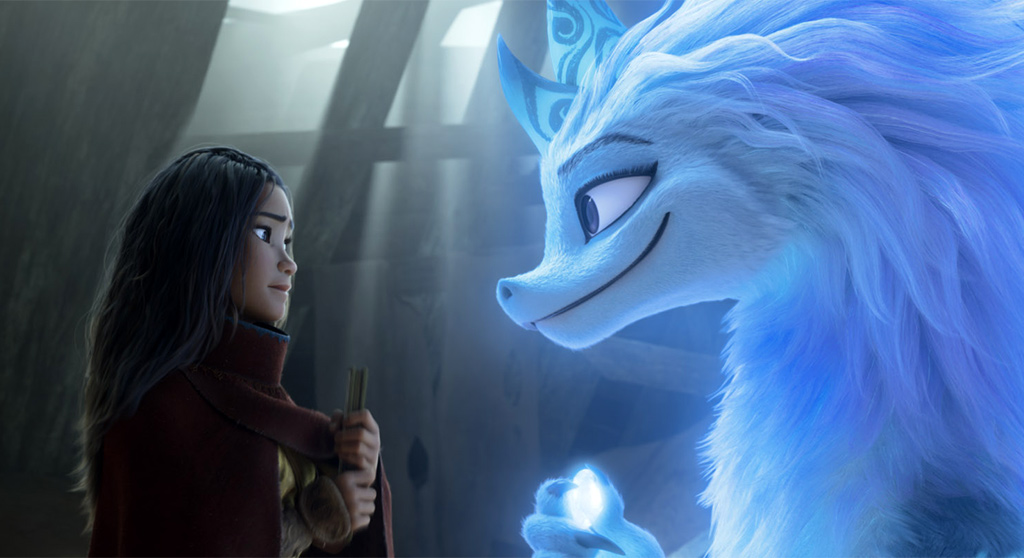 ‘Raya and the Last Dragon’: Lore as reimagined by Disney, brought to animated, triumphant end

Anchored by a moving performance from Kelly Marie Tran and outstanding animation in the film’s most action-packed scenes, “Raya and the Last Dragon” manages to overcome its middling story. The considerable strengths, such as a committed voice cast and nuanced world building, manage to overcome stilted humor, narrative redundancy and some truly questionable creature designs. It’s a feast for the eyes and, especially in its third act, a true fantasy that sweeps us up alongside its heroine, creating an emotive and immersive story.

Directed by Don Hall (“Big Hero Six”) and Carlos López Estrada (“Blindspotting”), “Raya” throws us into the fantasy world of Kumandra, where humans and dragons once lived together in harmony before monsters known as the Druun threatened the land. The dragons sacrificed themselves to bring back to life all the humans, who had all been turned to stone. Now, 500 years later, the monsters have returned and it’s up to Raya to track down the last dragon named Sisu (Awkwafina) to try to stop the Druun for good. There’s an understandable amount of setup and exposition needed before the story really begins to move the pieces along. While strongest during the moments of action, the message of unity and the need to trust in humanity is a rallying one, and especially timely at a moment personal connection seem so frayed. While there’s only so many times the script can lean on Raya’s inability to trust others due to a formative, fracturing moment in her youth, especially when that distrust is needed to prolong the inevitability of the plot, it’s largely effective due the work of Tran and the fanciful score by James Newton Howard.

Aside from the whiplash speed in which “Raya” burns through plot points, one of the greater nitpicks is in the design elements of Sisu, which seem aimed at merchandising. Reportedly drawing inspiration from the Nāga of Southeast Asia, serpent-like creatures associated with water, the goal was to create something approachable, which explains the simplified features of the dragon’s face. In a film that is so overrun with magical and inventive imagery – especially in the details for each clan that give each new territory an individualist spark – it’s a shame that the creative team felt the need to rely on something appeasing rather than innovative and otherworldly.

It would be interesting to see a version of this story that was entirely human-based, since that is where so much of the drama is derived from. The relationship between Tran’s Raya and her friend-turned-foe Namaari (Gemma Chan), the catalyst of Raya’s trust issues along with the grief she experiences in trying to return her father (Daniel Dae Kim) from stone, are much more potent than the one between Raya and Sisu, which comes off as derivative of the Disney blueprint as can be.

The narrative loses its focus momentarily after the meeting of Sisu and Raya, as they grow their team of would-be heroes all looking to see missing loved ones again. It reaches its peak in the third act, an impressive achievement since this tends to be where so many other Disney films lose steam. From a sequence of mighty combat between Raya and Namaari that, blissfully, doesn’t hold back in showcasing the strength of both characters, to a sequence of utmost panic as hope seems lost and the monsters and their ability to destroy are shown as all consuming, and then to moments of delicate unity that speaks to a brighter future, the third act lets the film and its creators close the curtain on a high note. Albeit messy, “Raya” is a wonderment, most notably in its quieter observed moments that touch on grief, determination and companionship.

“Raya and the Last Dragon” streams on Disney+ for $30.