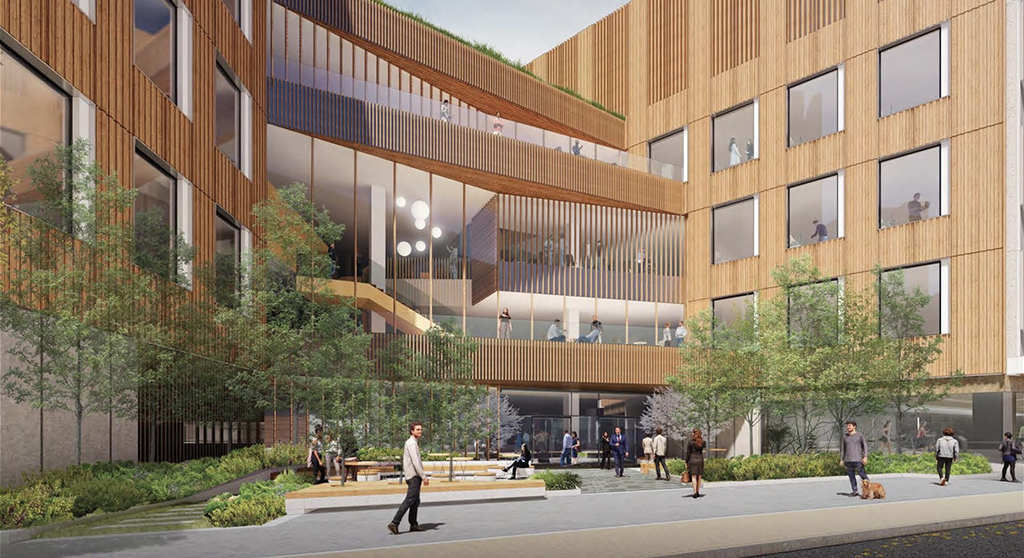 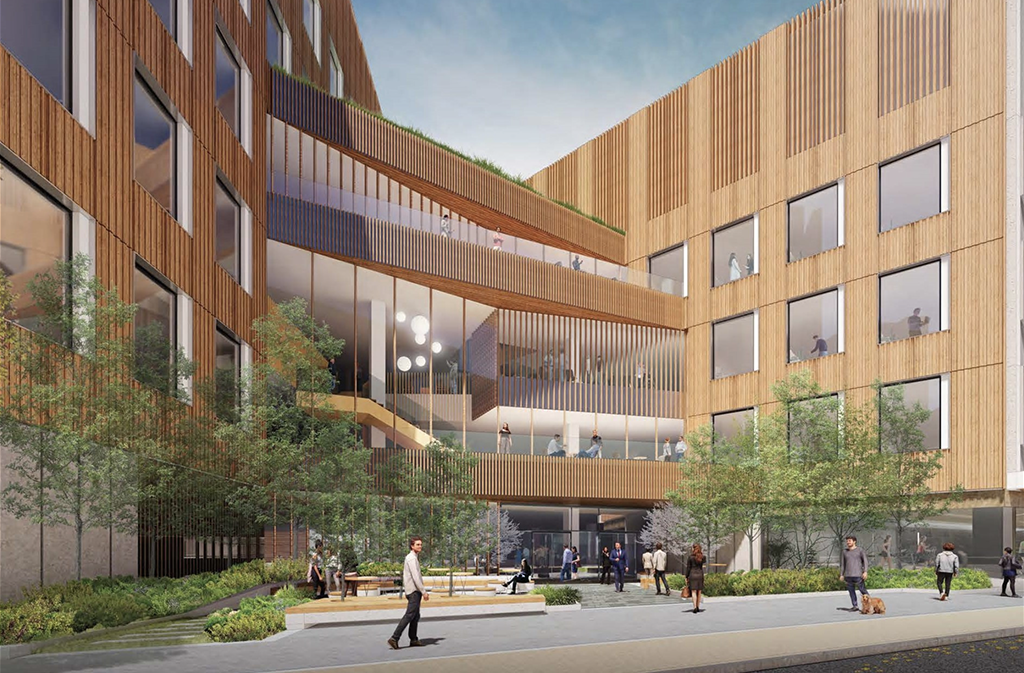 As part of its 325 Binney St. lab building project, Alexandria Real Estate has bought the land it will give to Cambridge for construction of the city’s long-envisioned path for walkers, runners and bicyclists, according to a post on the Bldup development platform Monday.

The company agreed to convey 1,800 linear feet of Roman Catholic Archbishop of Boston land to Cambridge to become part of its Grand Junction Multi-Use Path – part of the zoning it won for 325 Binney in March 2020. The subdivided parking lot land, acquired for $6 million, becomes part of the path from Binney Street to Cambridge Street, “one of the final pieces that will allow cyclists and pedestrians to travel from (the future) West Station in Boston over the Charles River into Cambridge and connect to the Somerville Community Path and beyond,” the company said. 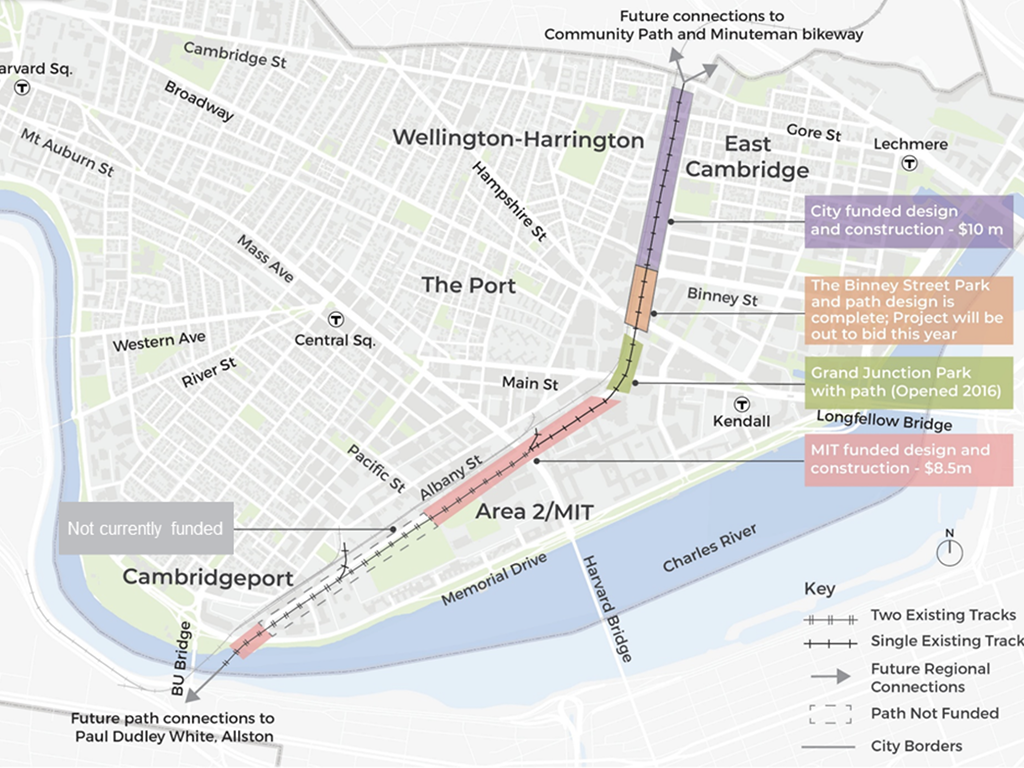 Alexandria is also to contribute $11.3 million to the design and construction of the pathway.

The 375,000-square-foot lab building project at 325 Binney St. – rising from four to six stories not including rooftop mechanicals – is at Binney and Fulkerson streets in Kendall Square, what was Metropolitan Pipe & Supply land.

It won’t be the first office-to-lab conversion by The Davis Cos. in Cambridge. It bought 35 Cambridgepark Drive in Alewife in 2016 and modernized its existing 137,000 square feet, adding a 47,000-square-foot structure. That has embroiled it in an argument about incentive payments that help pay for affordable housing; The Davis Cos. believed it should pay only for the new square footage, and a judge agreed, while the city pointed to the property’s change in use as reason to ask for an additional $1.9 million.