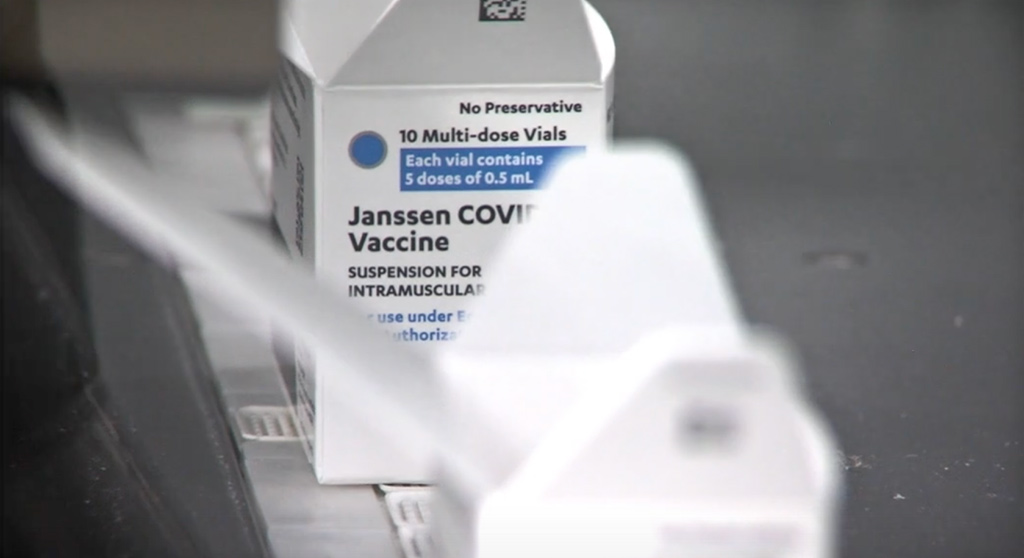 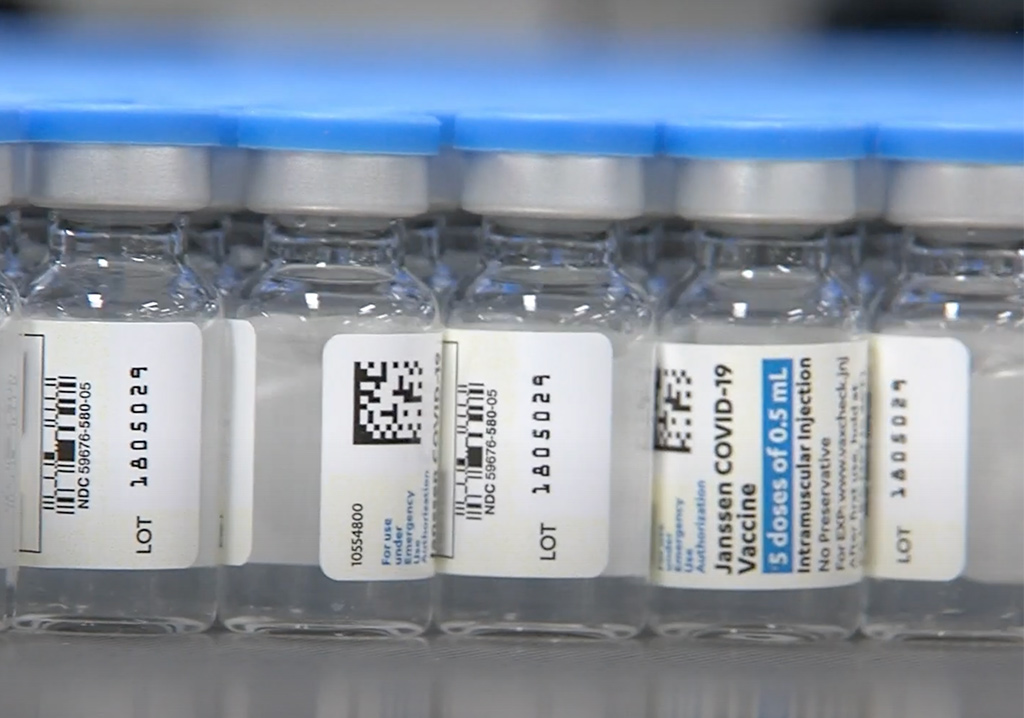 Vials of the the Johnson & Johnson coronavirus vaccine are seen in a screen capture from a company video.

Less than a day before, chief public health officer Claude Jacob had praised the first North Cambridge vaccination session Saturday at Reservoir Church at 15 Notre Dame Ave., reporting to city councillors that 250 people were vaccinated with Johnson & Johnson. Cambridge Public Health Department medical director Lisa Dobberteen said the campaign would continue this week on Tuesday, Wednesday, Thursday and Sunday. Dobberteen said the health department expected to use up most or all the 3,000 doses of Johnson & Johnson vaccine it got from the state for the program.

The number of people suffering blood clots was tiny – six out of 6.8 million shots of J&J vaccine in the United States – but scientists and public health experts said it was important for government officials to investigate such reports to foster trust in vaccines. Symptoms of the extremely rare condition include severe headaches, leg pain, abdominal pain and shortness of breath.

North Cambridge was the first neighborhood chosen for a special vaccination push because of high infections. The city also plans to target East Cambridge, Wellington-Harrington and The Port.

The first vaccination clinic served many low-income residents and people of color, groups that have suffered a disparate impact from the pandemic. Of the 250 people vaccinated, 53 percent live in low-income housing, with most of those from the Fresh Pond Apartments and Rindge Towers, where the health department concentrated its outreach efforts. Almost two-thirds of those vaccinated are people of color, Jacob said.

The clinic attracted some interest from vaccine-seekers on social media, with some commenters on a Reddit.com site for Cambridge speculating about how to get an appointment.

Cambridge Health Alliance will stop administering the J&J vaccine “immediately” but can honor previously made vaccination appointments at its vaccination center in Somerville this week, spokesman David Cecere said, presumably because the Alliance has enough of the other two U.S.-approved vaccines, Pfizer and Moderna, to keep the appointments. The Alliance will have to stop making new first-dose appointments “because of limited vaccine supply,” Cecere said.

CVS and Walgreens pharmacies in Cambridge also offer vaccinations and do not specify what kind of vaccine is available. No one was waiting for a shot during a Tuesday visit to a Walgreens store on River Street. “Following today’s recommendation from [federal agencies] for a pause in the use of the J&J vaccine, out of an abundance of caution we are immediately suspending the administration of the J&J vaccine at our stores and off-site clinics and are awaiting further guidance,” said Walgreens corporate spokesperson Erin Loverher. “We are reaching out to patients with scheduled appointments and rescheduling vaccinations from other manufacturers, as supply allows.”

Several people were lined up for shots at the CVS pharmacy in Central Square. The employee checking them in said the pharmacy used Pfizer.

Federal authorities acted after they got reports of six women aged 18 to 48 who developed a rare type of blood clots within three weeks of getting the Johnson & Johnson vaccine. One died and one is in critical condition, according to news reports.

The blood clots occur in the brain and prevent blood from draining. Besides developing clots, patients’ levels of platelets decline. Ordinarily, platelets promote clotting and help stop bleeding. Similar clotting cases developed after people in Britain and Europe got the AstraZeneca vaccine, which has not been approved for use in the United States. Several countries paused administration of AstraZeneca and some have barred giving it to younger people because they were most likely to develop the rare blood clots. AstraZeneca and Johnson & Johnson vaccines deliver a harmless piece of the Covid-19 virus using a type of another virus as a vector; in contrast, the Moderna and Pfizer vaccines use genetic material that tells cells to make a harmless piece of the coronavirus. The aim is to prompt the immune system to make antibodies against Covid-19.

The Centers for Disease Control and Prevention said 6.8 million people in the United States have received the Johnson & Johnson vaccine. In Massachusetts, 184,034 people got the J&J vaccine, a Department of Public Health official said. None of the blood clot cases were linked to the state, the official said.