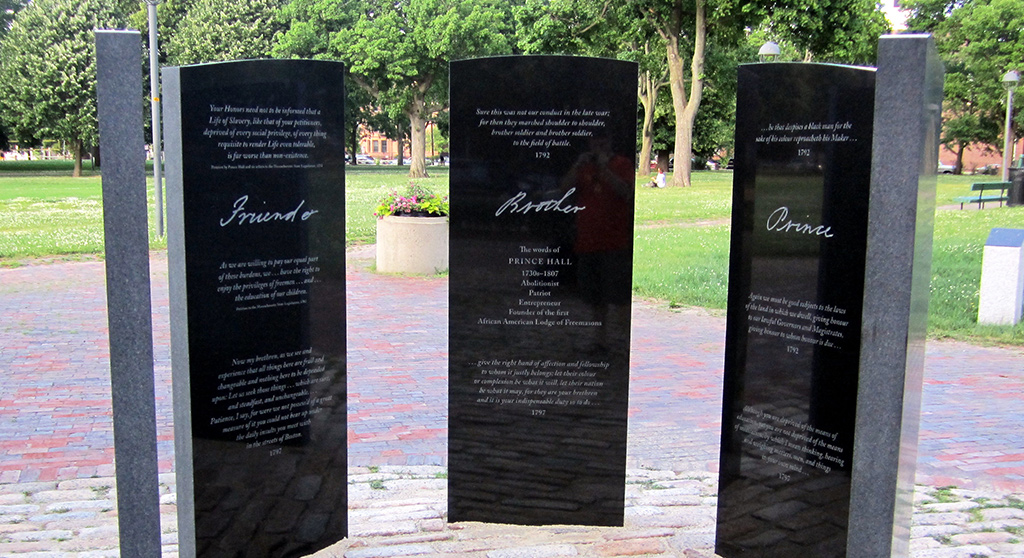 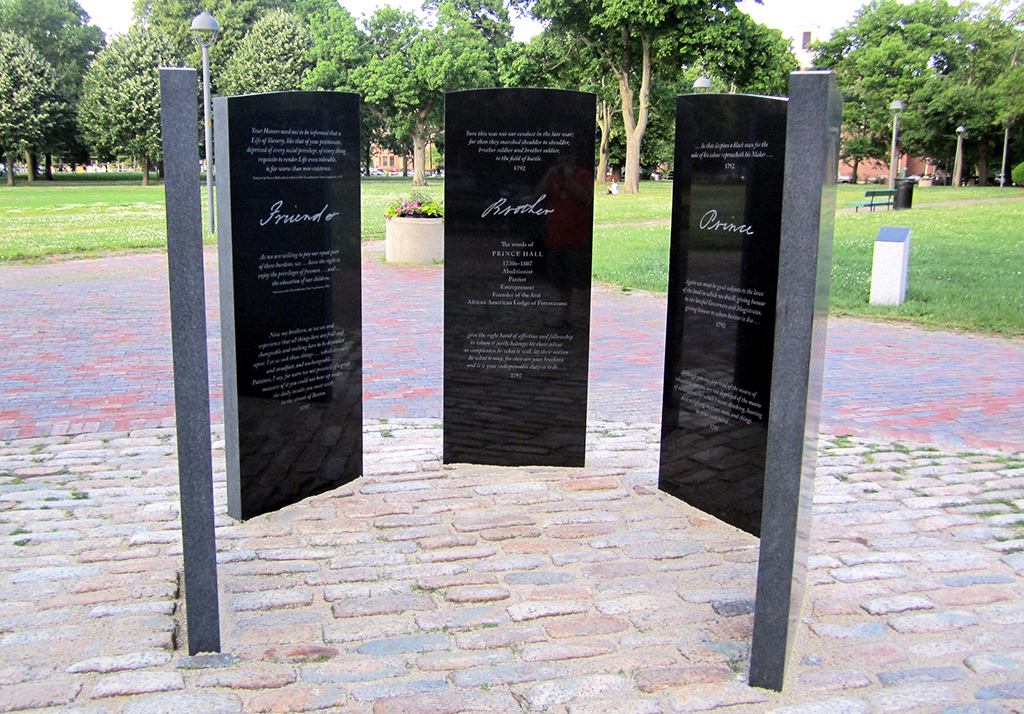 Dedicated in 2010, this monument honors Prince Hall, who was born into enslavement but was emancipated as a young man. Hall became a leader in the free Black community in Boston. (Photo: Wally Gobetz via Flicker)

Cambridge is a city filled with monuments. Statues, plaques and memorials across the city commemorate people and events from its nearly 400 years of settlement. But who decides what is worthy of commemoration, and how does the memorial landscape of the city reinforce certain narratives of Cambridge history and exclude others? This tour highlights several of the many monuments in the city, examining not only the subjects they commemorate but also what they can tell us about the society that created them.

One of the more recent monuments on this tour was created in 2010 and honors the founder of the first Black Masonic lodge. Born circa 1735-1738, Prince Hall was born into slavery but emancipated as a young man and became a leader in the free Black community in Boston. He was an abolitionist and a proponent of Black public education. Hall worked in Boston as a peddler, caterer and leatherworker, eventually owning his own leather shop. We know Hall was a homeowner who voted and paid taxes and have likely evidence he served in the militia during the Revolutionary War and he was a vocal supporter of Blacks serving in the military – arguing that it would help their arguments for freedom after the war. Hall worked with others to propose legislation for equal rights and hosted community events such as educational forums and theater events to improve the lives of Black people in Boston.

Before the American Revolutionary War, Hall and 14 other free Black men petitioned for admission to the all-white Boston St. John’s Lodge, but were turned down. Hall and 15 other African Americans then sought and gained admission into the Grand Lodge of Ireland in 1775. The Lodge was attached to the British forces stationed in Boston. Hall and other freedmen founded African Lodge No. 1 and he was named grand master, but the Black Masons had limited power; they could meet as a lodge, take part in the Masonic processions and bury their dead with Masonic rites, but could not confer Masonic degrees or perform any other essential functions of a fully operating lodge. Unable to create a charter, they applied to the Grand Lodge of England. The grand master of the Mother Grand Lodge of England issued a charter for the African Lodge No. 1 in 1784 – the new country’s first African Masonic lodge.

The monument consists of five standing slabs containing selections of Hall’s writings and speeches, along with his signature in his handwriting and the words of other abolitionists. The monument does not contain an image of Hall, because none is known to exist for certain. Visitors may wonder about the shape of the stones in a near circle. What is the purpose? To pull the viewer in and create a feeling of intimacy? To underscore the “hemmed-in” nature of Black existence in early America? We cannot know for certain, but these are all possible explanations.

The City Council established the Prince Hall Memorial Committee in September 2005 to organize the monument, and spent the next five years designing the structure, educating students and donors and raising the necessary $100,000 to install the monument. In an October 2008 resolution, the council voted to name Hall a founding father, someone who “challenged the principles of democracy, civil rights and equality – those who embody the ‘we’ in ‘we the people.’” The resolution cited his efforts to integrate the Revolutionary Army, establish a school by and for Black citizens, and petition to end slavery and the slave trade as worthy of permanent recognition.

To see all 10 stops on the “Monuments and Memorials in Cambridge” self-guided tour, visit the Cambridge Historical Society website:

Beth Folsom is program manager for the Cambridge Historical Society.