‘Gunda’: Intimate portrait of a pig on a farm, lingering images you’ll never want to leave 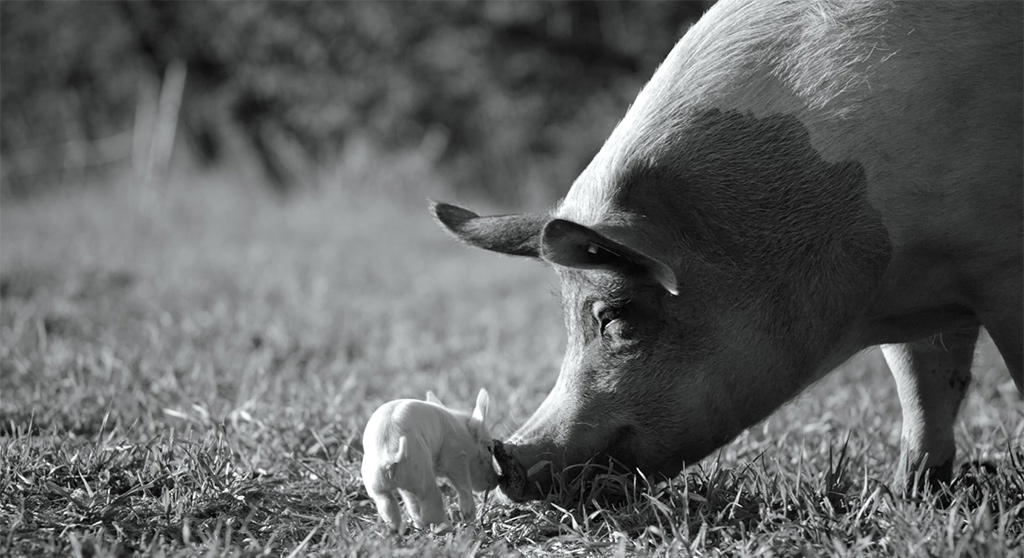 ‘Gunda’: Intimate portrait of a pig on a farm, lingering images you’ll never want to leave

Viktor Kosakovskiy might be one of the most engrossing filmmakers you’ve never heard of. Part of that’s likely because he’s a documentary filmmaker – and those documentaries are about unassuming subjects such as water, or a sow on a Norwegian farm. That 2018 work about humans’ dance with water, “Aquarela,” was a stunning achievement in “how did they get those shots” videography, made even more compelling by deft editing and a driving score. His latest, about the pig named in the title “Gunda,” is equally captivating, even if the perilous power of Mother Nature’s wrath doesn’t loom in every scene.

Shot in deeply layered black and white, “Gunda” follows the seasonal cycle of a sow on a farm, birthing a liter of piglets and rearing them from pink (I know it’s black and white, but bear with me) and squirming, endlessly suckling little oinkers. Throughout the film, shot in long, lingering takes that turn the mundane into a riveting, can’t-turn-away event, we never see a farmer – or any human, for that matter. We see the wheels of a tractor, but for the most part it’s just Gunda and her brood, who seem to have free range of the farm and surrounding forest; we occasionally meet some barnyard friends in Mr. Duck, Mrs. Moo, her bestie, and a one-legged chicken, among the many. It’s “Charlotte’s Web” or “Babe” (1995) sans the anthropomorphic cuteness.

How Kosakovskiy gets at the heart of his subject and makes us feel – and we do feel, if not take on Gunda’s maternal instincts as if we were there caring for her cute brood – clearly has much to do with patience and composition. No one would equate the Russian-born auteur to the great Frederick Wiseman, whose hands-off, fly-on-the-wall style is pretty much the definition of cinéma vérité; but the long takes and observation of rhythms and beats of life, drunk in and deeply felt, are poetically similar, even though the filmmakers’ subjects and effect remain vastly different. “Gunda,” like “Aquarela,” is best seen on the big screen for its masterful cinematography’s attention to framing, depth of field and shadows.

How “Gunda” moves in the final act will come as no surprise, but should give you a bit more pause the next time you’re debating soy or pork bacon for your BLT.