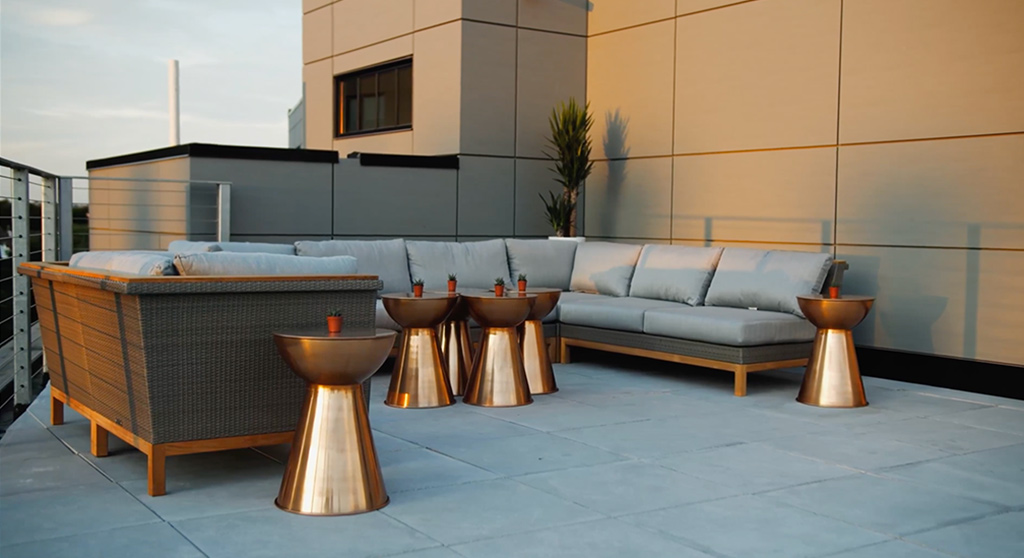 The Blue Owl is close to opening as a rooftop deck bar at the 907 Main hotel in Lafayette Square. (Photo: Blue Owl)

Ice cream lovers don’t need to line up just yet outside the once and future Toscanini’s at the 907 Main hotel in Lafayette Square. The surprises of renovating an older building and inspection timeframes slowed by Covid mean there’s still one to two months of construction to go, hotel owner Patrick Barrett said Aug. 5, and that would bring the opening far past the end of July or start of August hoped for by Tosci’s co-owner Gus Rancatore.

Those yearning for the rooftop deck bar experience offered by 907 Main’s Blue Owl – once eyed for a spring opening – have a shorter wait to endure. The Blue Owl opening could come anytime starting Wednesday, Barrett said, “but I think realistically it’ll be the last week in August or the first week in September for a full opening.”

The pause on opening the Blue Owl to the public was to give 907 Main staff a break after the exhaustion of opening and operating during the Covid-19 pandemic, Barrett said.

“I’ve asked this team to do so much – run during Covid, try to keep your head up, open a restaurant, open a hotel. My staff is fucking phenomenal, but they’re fucking tired,” Barrett said. “We didn’t rush to open the Blue Owl because it seemed cruel and unusual.”

Some management energy was also spent on a related crisis this summer: A financial drain from the extra expense of building delays, construction and opening during the pandemic at a time “hospitality took a little bit of a hit,” Barrett said. “I had people working for me who have kids, they’ve got family. Instead of shutting it all down, I kept them all on. So I was basically paying my debt service and the entire payroll and operational costs of the building out of my own pocket for about 15 months.” 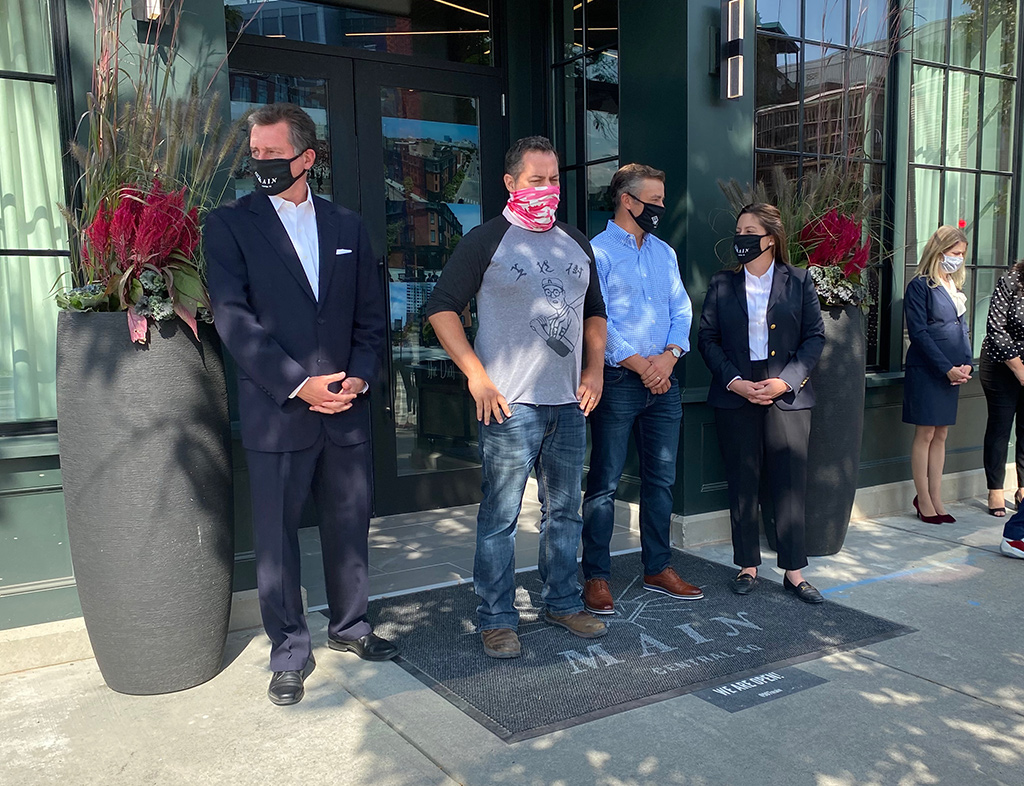 A single small federal pandemic loan didn’t go far when three months of shutdown alone cost a potential $2 million, he said, and three subcontractors went bankrupt without finishing the work they were paid to do.

That’s why instead of running the 67 guest-room hotel in-house, which Barrett said he still hopes to do eventually, it made more financial sense to open in September under Hay Creek management. The Sonder chain has replaced Hay Creek in renting the boutique hotel, while Barrett said he has taken over control of the restaurant spaces. Both steps were considered necessary to secure a $24 million refinancing announced in June.

“After having spoken to about 300 different banks and coming up empty, I wasn’t really sure if we were going to make it,” Barrett said. “Of all the banks in the world, Cambridge Savings Bank actually stepped up” after a halting series of negotiations.

Barrett said he was grateful to the bank for ensuring that for now he still “owns the building and I’m still in Central Square, so I can’t really begrudge anything.” He was aware that there were out-of-state buyers “watching, waiting” for 907 Main to be forced onto the market and surprised when the refinancing came through.

“The vultures were out and they still are in Central Square, looking to pick up properties,” Barrett said. “The good news is, we’re back in action and I’ll feel complete when Toscanini’s opens.”

The challenge of keeping 907 Main open and independent has left Barrett in a state where “I laugh and I cry almost daily,” he said. “I’m just happy to be alive.”