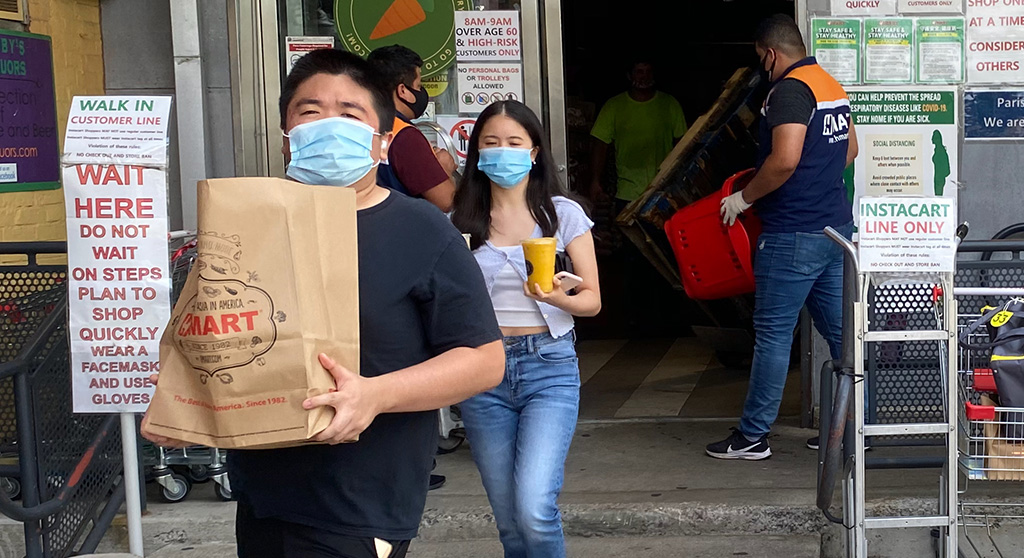 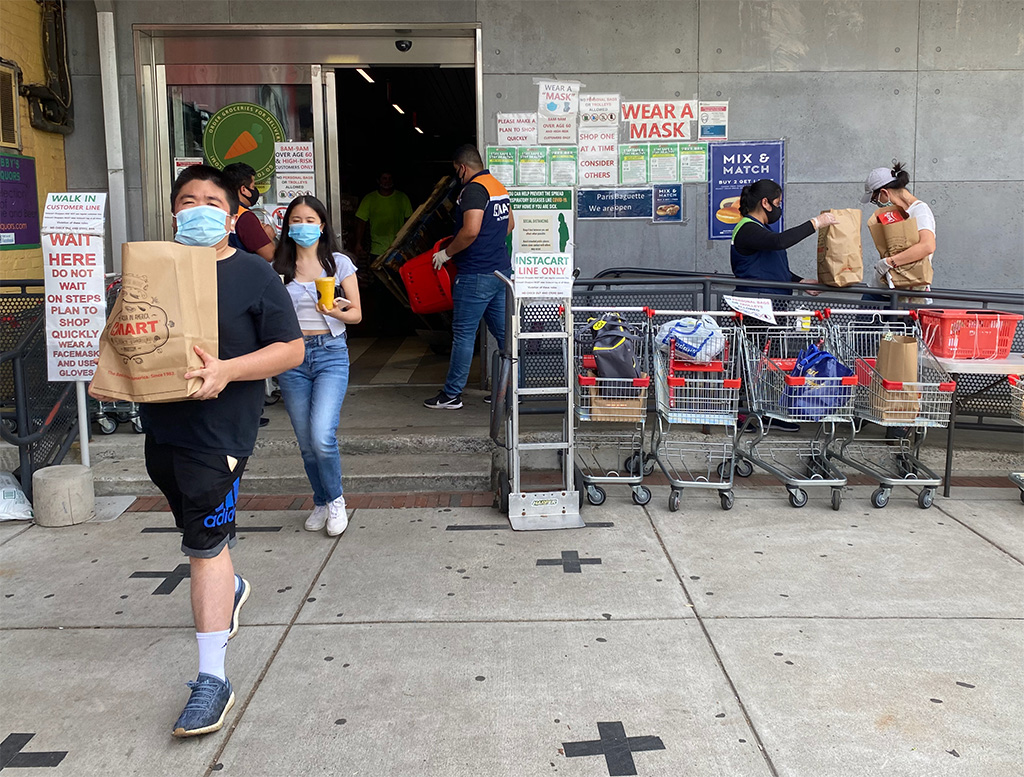 Big increases in the number of people of color living in Cambridge, particularly Asians, fueled a sharp rise in the city’s population between 2010 and 2020, according to U.S. Census figures announced Aug. 12. The total population increased by 13,241, or 12.6 percent, to 118,403.

The number of residents who identified as black, Asian, American Indian and other nonwhite racial groups rose by 15,360, while Hispanic and non-Hispanic white residents combined dipped by 2,119 during the decade. The number of non-Hispanic whites actually increased slightly, by 294 people, a summary by the city’s Community Development Department showed. (Hispanic people can be of any race). Still, their share of the population decreased to 55.2 percent from 62.1 percent. The percentage of non-Hispanic black residents also declined slightly, from 11 percent in 2010 to 10.6 percent in 2020; their population grew by about 500 people.

Asians and multiracial residents grew the fastest over the 10-year period, according to the report. The number of Asians increased 6,864, up 42.1 percent; they remain the second-largest racial group in the city by a wide margin, at 19.2 percent of the total population. In 2010, their share was 15.1 percent. The number of multiracial residents more than doubled, to 10,873 from 4,501 in 2010. They account for 9.2 percent of the population.

Overall, the city grew much faster than Massachusetts, where total population climbed by 7.4 percent. And Cambridge’s growth rate was the steepest for the city since at least 1980, an analysis by the Donahue Institute at the University of Massachusetts, Amherst, showed. It moved the city into the top 10 for population growth among Massachusetts cities and towns – to ninth – but Somerville remains the most densely populated city in the state at more than 19,500 people per square mile; Cambridge is second at around 18,500 people per square mile. 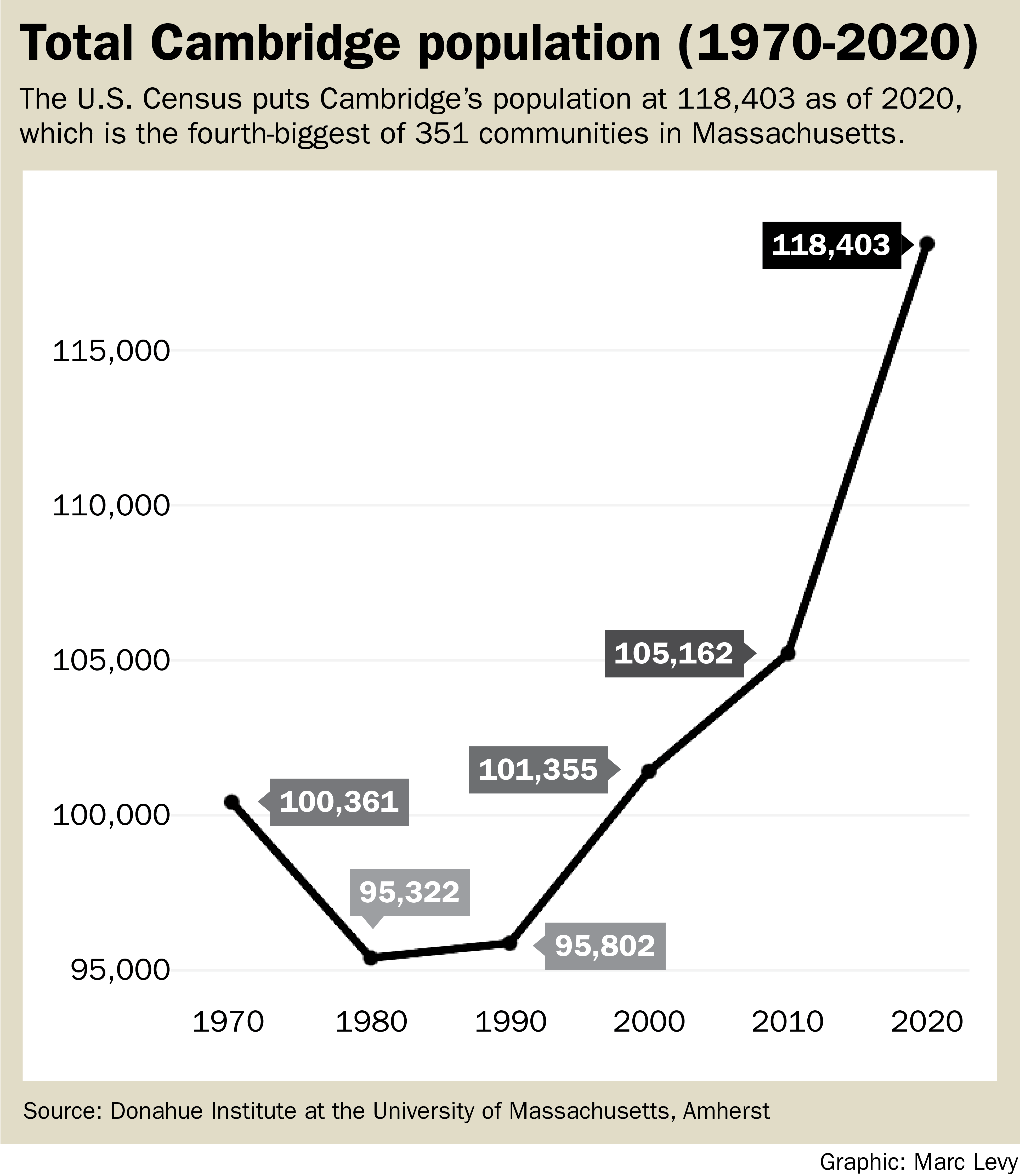 Still, the percentage of vacant housing units in Cambridge increased to 8.1 percent in 2020 from 6.9 percent in 2010, while the total number of units rose 14 percent. The reason isn’t clear, but it could be associated with the coronavirus pandemic, which was ongoing as the count was taken.

The city’s large population of college students left in spring 2020 – the target period for the Census count – when their schools closed dormitories and classrooms because of the Covid-19. Still, the Census Bureau tries to account for college students and similar groups by asking respondents to report where they lived for most of the year or, if they couldn’t determine that, where they lived April 1, 2020. Most colleges and universities also provided their student directories to the bureau, said Susan Strate, senior manager for the population estimates program at the Donahue Institute.

A local real estate manager said the impact of universities closing was more widespread, though. “The rental market tanked,” she said, “because of the absence of the academic centers.” The market has since recovered, she said.

The increase in the vacancy rate is not that unusual, either, according to Census figures. As more units were built in the city, the percentage occupied during the Census count has generally declined since at least 1970, a summary from the Donahue Institute showed. The figure was 96.7 percent in 1970 and has dropped every decade since then except for 2000.