‘The French Dispatch’: Bienvenue to the latest precious pages from the desk of Wes Anderson 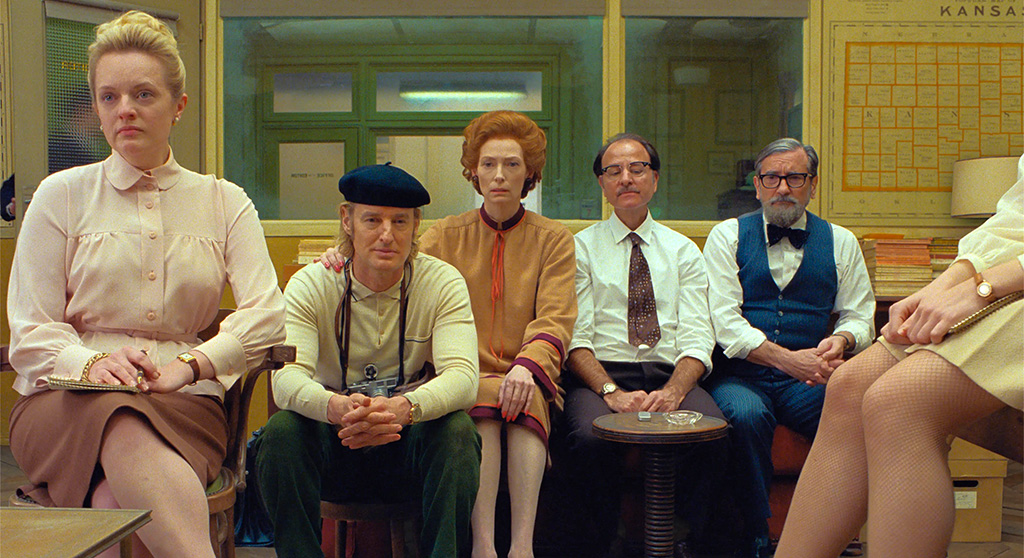 ‘The French Dispatch’: Bienvenue to the latest precious pages from the desk of Wes Anderson

Fans of Wes Anderson, cinema’s official maestro of all things quirky and twee, may be in for a bit of a letdown with this loving smooch to “The New Yorker” and other intellectually curious magazines of the latter half of the 20th century – i.e., “The Paris Review.” Sure, it has a tremendous cast: Anderson regulars Bill Murray, Owen Wilson, Jason Schwartzman, Edward Norton, Tilda Swinton, Saoirse Ronan, Adrien Brody, Frances McDormand and Léa Seydoux, as well as new players Timothée Chalamet, Benicio del Toro, Elisabeth Moss and Jeffrey Wright are invited to the party. But in the league of “Moonrise Kingdom” (2012), “The Royal Tenenbaums” (2001) and “The Grand Budapest Hotel” (2014) it is not.

True to the object of its affection, “The French Dispatch” has the assemblage of a glossy flip-through, laid out in sections with a different story told by a different writer. Holding it all together is Murray’s George Plimpton-esque publisher Arthur Howitzer Jr. as he talks with various staffers in the book-lined confines of the Dispatch, the European desk of the Liberty, Kansas, Evening Sun located in the fictional French village of Ennui-sur-Blasé (yes, there’s that twee). Of the four chapters, the least interesting is the opener with Wilson as a bike-riding journalist who pretty much gives us a guided tour of of Ennui, which proves to be true to its name – oui, oui, yawn. The best segment has Swinton’s art critic presenting a long lecture about a criminally insane prison artist (Del Toro) who becomes a modern abstract expressionist sensation inspired by his guard, lover and model (Seydoux). The two actors have outstanding chemistry. Then there’s the political bit in which McDormand’s on-the-scene reporter jumps into the 1968 French student revolt (de Gaulle be gone) and embeds with (and beds) the movement’s young leader (Chalamet, whom you can also catch on screen in the next theater over in “Dune”). Lastly, we get the food critic (Wright, Billy Dee smooth) on a Dick Cavett-like talk show recalling a massive kidnapping plot (lots of bodies) for which culinary skills prove essential and lethal.

The snazzy scenes that take place between the segments, either amid the halls of the Dispatch or in Howitzer’s office with most of the ensemble huddled to together, are gift bonbons that cleanse the palate between the plats principaux. Overall, “The French Dispatch” never rises to Anderson’s high bar. It’s a savory, indulgent mess, something of a fallen soufflé.