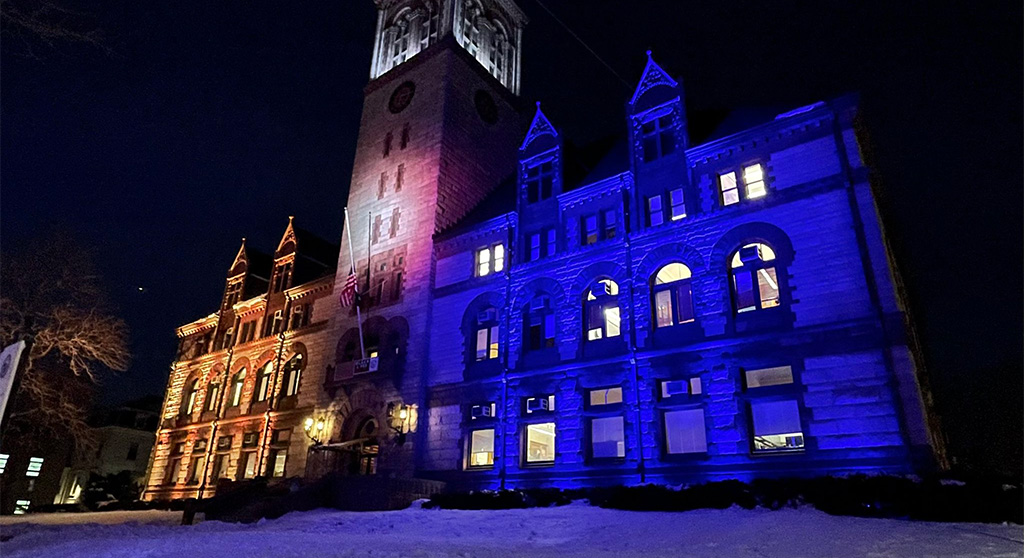 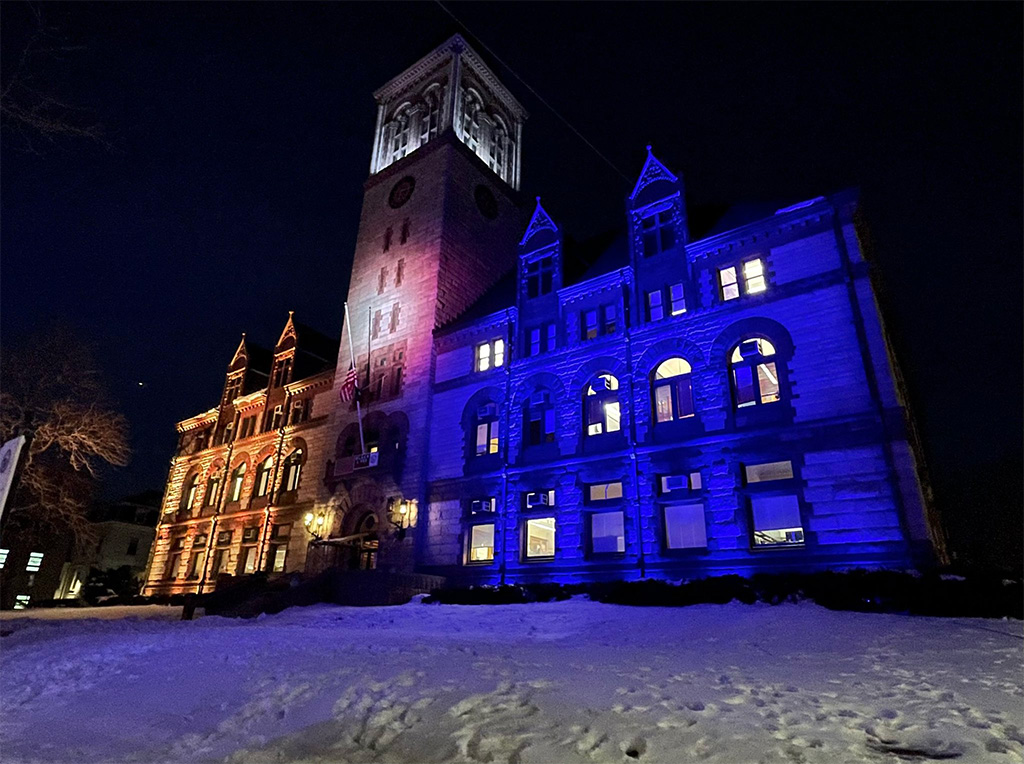 City Hall will be lit this week in blue and yellow, the colors of the Ukrainian flag. Though the display began Monday as the City Council meeting was underway, councillors approved a late order making the memorial official at the end of their meeting.

Russia invaded Ukraine on Thursday, instigating a war, setting off an instant refugee crisis and causing global economic and environmental turmoil – and, in the United States, conjecture about a return to a Cold War mentality or even the coming of World War III.

Harvard Yard hosted a rally of more than 500 people on Saturday in support of the embattled nation, according to WCVB-TV. As governments around the world leveled sanctions against Russia and sent aid to Ukraine, lighting City Hall was something officials could do to literally show Cantabrigians’ colors.

“It’s to show that Cambridge is standing with Ukraine and all the Ukrainian people. We’ve all been refreshing the news constantly since late last week to get updates on this horrific war that’s been waged by Russia,” Mayor Sumbul Siddiqui said in introducing her order. “Lighting City Hall is a really small, small way to show solidarity.”

Councillors were unanimous in support of the display.