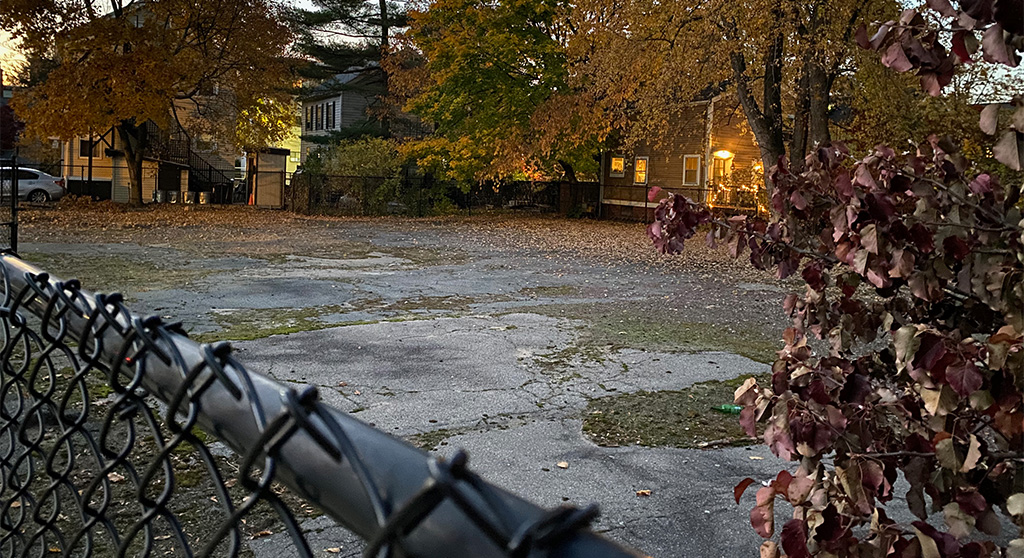 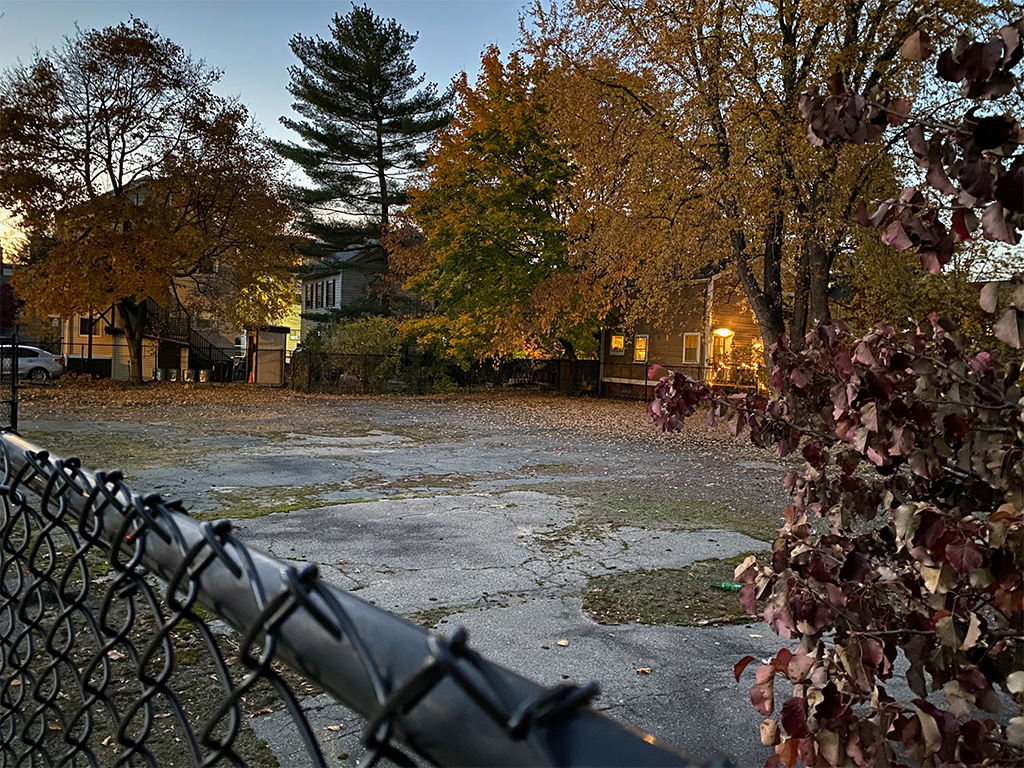 A vacant lot on Cherry Street in The Port is due to become family-owned homes, city planners say. (Photo: Marc Levy)

Problems with rats, and preschools

City Council, 5:30 p.m. Monday. Another blow to caregivers has inspired an order calling for the city’s Department of Human Service Programs to put “more parent response into their decision-making process.” It was just last December that city manager for human services Ellen Semonoff acknowledged “a number of mistakes” in changes to after-school programs that left kids out with little warning; in mid-January, though, DHSP preschools gave less than a week’s notice that they would go down to eight-hour days from 10, “leaving parents to scramble” to fill in the missing two hours, councillor E. Denise Simmons said.

Another council order that could offer a solution to a recurring city problem – Cambridge’s “growing rodent problem” – calls for introduction of the same “Smart Box” rat-catchers that Somerville is testing. The boxes lure rats inside and electrocute them. Councillors are also bringing back a few things set aside from last week, including lowering an “impact fee” on economic-empowerment recreational cannabis shops that have spent into the hundreds of thousands of dollars before being able to open their doors; an expansion of “Riverbend Park” while the underlying area of Memorial Drive is undergoing reconstruction; and zoning to add more charging stations for electric cars.

The city manager, meanwhile, is asking for $730,000 more to add bike lanes under the city’s Cycling Safety Ordinance and explaining that a May 1 deadline will be missed to add bicycle infrastructure through Porter Square. There’s also a response to a divisive order from last spring that started as addressing how Hewlett-Packard’s work affects Palestinians in Israel, led to discussion of the Boycott, Divestment, Sanctions movement and ended up asking for a review of vendors to see if any violate international human-rights laws and Cambridge’s policies against discrimination. The answer could be summed up as “You must be joking,” as the city found it makes as many as 12,000 purchases annually and would have to figure out a welter of laws administered by various bodies. The city is “not equipped to make adjudications based on mere allegations of such violations,” city solicitor Nancy Glowa said in a memo.

On real estate matters, the vacant lot at 35 Cherry St., The Port, must be handed over to the Affordable Housing Trust to be developed. Community conversations called for by the council in late 2020 tilted slightly toward preferring rentals over homeownership opportunities, but “an affordable rental development would need to be significantly larger than desired by the community to be feasible,” said Iram Farooq, assistant city manager for community development – so family-sized homeownership units it will be. The council will also have to go into closed-door session to discuss an unnamed real estate issue.

School Committee Special Education & Student Supports Subcommittee, 6 to 7:30 p.m. Monday. This hearing chaired by Ayesha Wilson will review policies for the Office of Student Services, for which goals and the leadership of interim assistant superintendent Barbara Mullen and others were introduced in December. Watchable by Zoom video conferencing.

Health & Environment Committee, 3 to 5 p.m. Tuesday. This committee run by city councillor Patty Nolan expects to discuss amendments to a “Building Energy Use Disclosure Ordinance” that could – finally – drive down energy use and emissions in existing buildings in Cambridge, part of the city’s proposed New Green Deal. The committee meets at City Hall, 795 Massachusetts Ave., Central Square. Televised and watchable by Zoom video conferencing.

Planning Board, 6:30 p.m. Tuesday. A City Council-driven idea to stop construction of more office space and labs in the Alewife “Quad” area – until planning begun some 40 years ago gets consideration, that is – arrives before the board (and the council’s Ordinance Committee on Wednesday for a Part II). There will also be discussion and a possible temporary suspension of Planning Board rules around in-person community engagement meetings. Watchable by Zoom video conferencing.

Government Operations, Rules & Claims Committee, 1 to 3 p.m. Wednesday. This committee run by vice mayor Alanna Mallon meets to review next steps in looking for a new leader for the day-to-day running of the city (and, judging by the past 40 years, much more). The committee meets at City Hall, 795 Massachusetts Ave., Central Square. Televised and watchable by Zoom video conferencing.

Ordinance Committee, 5:30 to 7:30 p.m. Wednesday. This committee run by city councillors Marc McGovern and Quinton Zondervan pick up the idea to stop construction of more office space and labs in the Alewife “Quad” area until planning begun some 40 years ago gets consideration. (This appears on Tuesday before the Planning Board for a Part I.) The committee meets at City Hall, 795 Massachusetts Ave., Central Square. Televised and watchable by Zoom video conferencing.

Ordinance Committee, 5:30 to 7:30 p.m. Thursday. This committee run by city councillors Marc McGovern and Quinton Zondervan return to an order introduced in September about crimes that include “the illegal misclassification of employees as independent contractors … an epidemic particularly in the construction industry.” The measure would allow only businesses free of compensation scandals as contractors for the city, and only if they “properly classify employees” and pay them appropriately. The committee meets at City Hall, 795 Massachusetts Ave., Central Square. Televised and watchable by Zoom video conferencing.

Massachusetts Avenue Improvements, 6 to 8 p.m. Thursday. Bus stops in Harvard Square get some work as part of the Cycling Safety Ordinance. This meeting also brings an update on upgrades to the brick plaza around the Harvard Square red line T headhouse and the kiosk that once held the Out of Town News stand. Watchable by Zoom video conferencing.