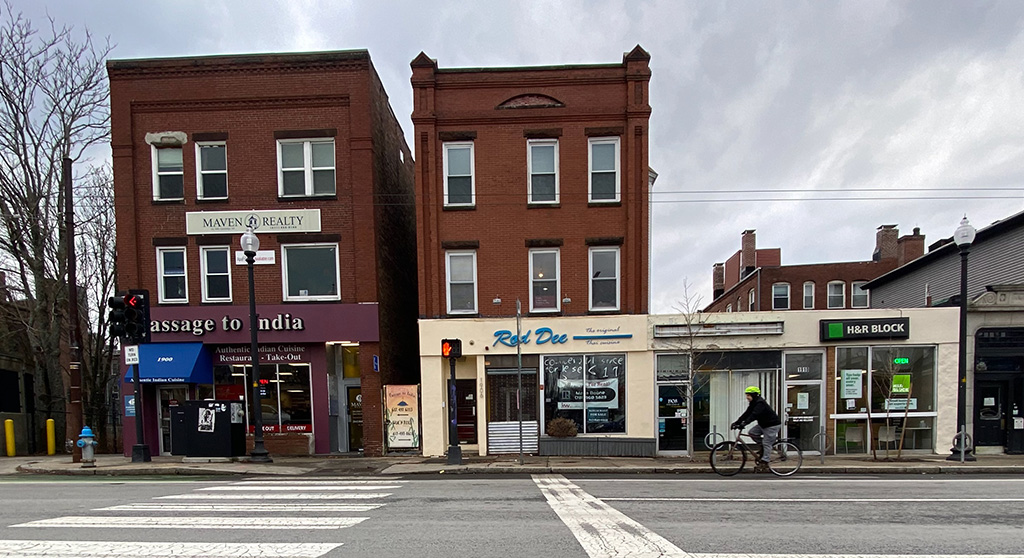 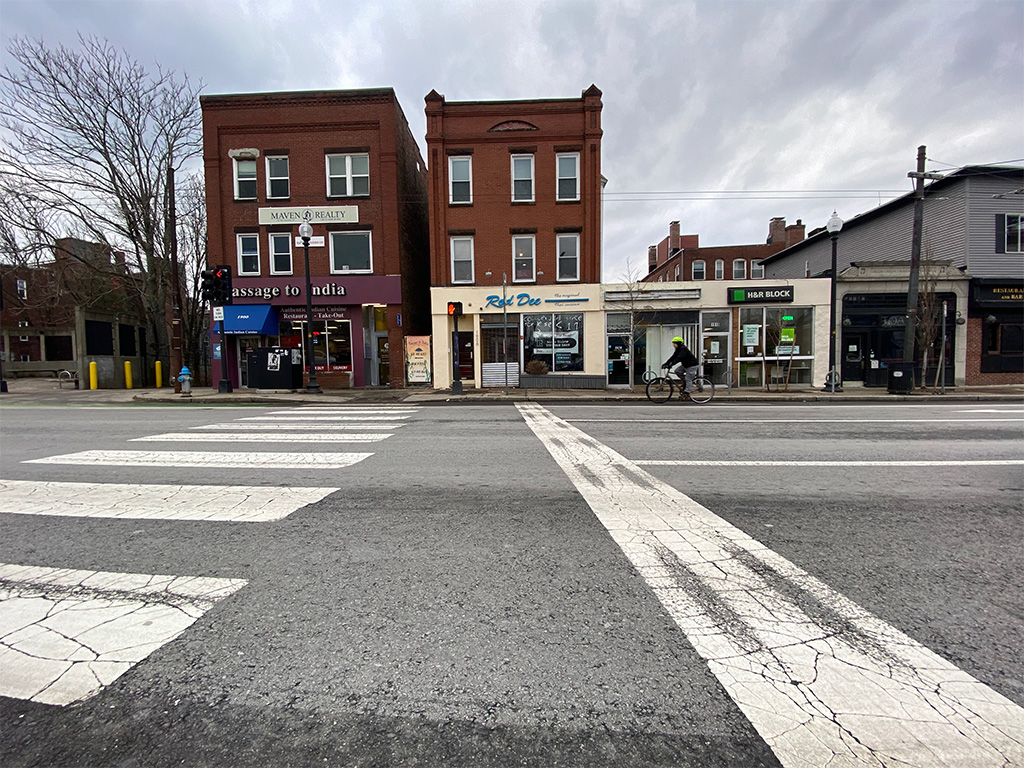 The city will miss its May 1 deadline to install quick-build separated bicycle lanes on Massachusetts Avenue through Porter Square, the city manager will tell the City Council on Monday.

Community engagement requirements, the need for more time to develop and install infrastructure to make up for the loss of current parking spaces and complications in scheduling contractors combine to make it impossible to meet the demands set by the city’s Cycling Safety Ordinance, City Manager Louis A. DePasquale said. The letter was included Thursday in the agenda packet for the next council meeting.

The bike lanes between Beech Street and Roseland Street are to be done in quick-build fashion using road paint and plastic flex-posts, with parking meters and loading zones moved to side streets to make up for some loss of spaces on Massachusetts Avenue. But a quick-build bus-and-bike project in November that cost parking spaces, angering businesses west of Porter Square, forced a reconsideration of how the Traffic, Parking & Transportation Department moved ahead with community engagement and mitigation efforts.

One community meeting was held Jan. 25; the next is set for March 15.

In addition, “to make these types of quick-build improvements as successful as possible, it is important to include as many mitigation elements as possible,” DePasquale said. “By allowing more time for the implementation of this project, we can ensure that the project improvements are installed in the most beneficial sequence” – that is, having makeup on-street parking in place before spaces are taken off Massachusetts Avenue.

With pavement-marking contractors generally not available until late April or early May and complicated now by Covid-induced supply-chain problems, “contractor availability is likely to be even more constrained, leading to the likelihood for even further delays,” DePasquale said.

City councillor Burhan Azeem, who leads the council’s Transportation & Public Utilities Committee, said Saturday that he looked forward to learning the new expected deadline – and hearing an assurance that the current learning curve will help the city meet future bike lane installations on deadline. “This would hopefully be the last time that we’re delaying, not a precedent we’re setting for next implementations,” Azeem said.

“As an individual who bikes a lot and doesn’t want other people to get hurt, it is sad that these bike lanes are getting delayed, and I’m disappointed,” Azeem said. “At the same time, we’ve heard a lot of feedback from the community and the council itself has passed a lot of extra ordinance asking for studies and additional advisory groups. The city manager has to balance that, and I can appreciate how hard the city staff has been working.”

The reaction from the head of the Porter Square Neighbors Association, Ruth Ryals, was of relief. “I know there’ll be a huge outcry from the bicycle safety folks,” Ryals said. “But we’re all trying to see if we can do it right, not fast.”

More time is needed to find a better solution, Ryals said. She expected that the solution will mean pulling up the concrete median to make more room for bikes, car traffic and parking. “We should have stopped yelling at each other and gotten on with that immediately,” Ryals said. That could happen south of Porter Square.

There may be infrastructure beneath the median that defeats that solution south of Porter Square, though, Azeem said, though a Thursday meeting on Massachusetts Avenue improvements formalized that officials were heading toward a “partial-build” approach that would likely remove a good portion of the strip and include some curb and sidewalk work.

The prospect of a quick-build done this spring or summer followed by partial construction was dismissed because of the feared impact on businesses along the corridor, said Kathy Watkins, the city’s assistant commissioner for engineering. Waiting for full reconstruction with a complete repaving of the street, intense utility work and sidewalk reconfiguration – possibly with a raised, separated bike lane like those on Western and Concord avenues heading west from the Fresh Pond Rotary – would take as much as 10 years or more to complete and not meet the timeline requirements of the ordinance.

Partial reconstruction would take about half as long, though, and perhaps as little as two years, Watkins said, allowing more design options by giving time for the MBTA to take down overhead catenary wires that will no longer be needed for a new fleet of electric buses. The prospect for a full reconstruction would remain on the table as a follow-up.

Of those attending the Thursday meeting for the “MassAve4” segment, an overwhelming number supported bike lanes and the hybrid solution, though some cyclists questioned the timing. Many concerned about the loss of parking were generally amenable to the partial-build solution, though a few speakers were strongly opposed and one wanted to impose a tax on bike riders. Groups wary of the bike lanes and those behind the new PorterSquareNeighborhood.com, which has launched an intense flyer campaign along the avenue, were silent during the two-hour webinar. (There was briefly a profanity-laced, hot mic tirade against bike lanes that interrupted Watkins.)

In a statement Saturday about the city manager’s deadline letter, the Bike Safety Group said it did not “see eye-to-eye with the city on whether this delay is necessary [but] we fully support a Porter Square project design that works as well as possible for everyone.”

“We are disappointed,” the group said. “Cambridge Bicycle Safety has called for protected bicycle lanes on this short – but extremely dangerous – stretch of roadway for over five and half years, and before our founding, cyclists had been asking the city for protection for bicyclists here for much longer. The project area is very small, covering only 1,400 feet of Massachusetts Avenue, and there are 10 times as many bicycle crashes in this area than in the average comparable-length stretch.”