IFFB’s in-person screenings spring back to life, from ‘Emily the Criminal’ to ‘Marcel, the Shell’ 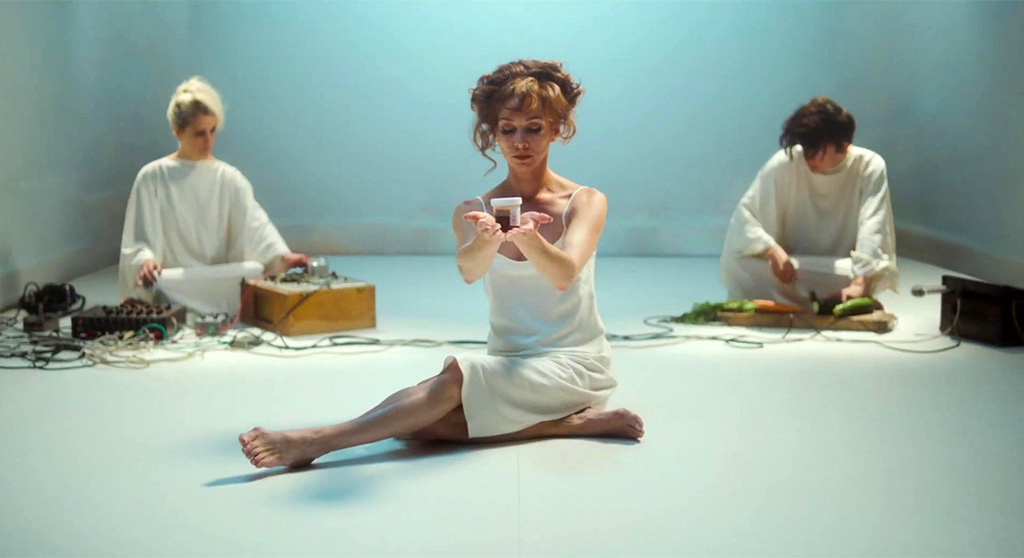 IFFB’s in-person screenings spring back to life, from ‘Emily the Criminal’ to ‘Marcel, the Shell’

It’s been a joy to see the return to in-person film festivals. The Brattle has recently hosted Wicked Queer and Boston Underground screenings, and on Wednesday, Boston’s premiere movie event, the Independent Film Festival Boston, roars back after a Covid-canceled 2020 and a remote 2021.

The 2022 lineup marks the IFFB’s 19th cinematic rites of spring taking place locally at the Brattle and Somerville theaters (as well as the Coolidge Corner Theatre and WBUR CitySpace on the other side of the river). Looking at the slate, it’s another hats-off to executive director Brian Tamm and programming director Nancy Campbell and their all-volunteer staff. There are 30 features (13 of them documentaries) and seven shorts programs. Anticipated highlights include Sundance crowd pleaser “Cha Cha Real Smooth” (April 29, Brattle), in which a floundering college grad (writer/director Cooper Raiff) falls for a single mom (Dakota Johnson, in a role she recently played in “The Lost Daughter”); fest opener “Emily the Criminal,” in which Emily (Aubrey Plaza, “Black Bear”), a debt-strapped college grad, gets involved in a credit card scam; and “Flux Gourmet” (April 28, Brattle) the latest from eerie ambiance director Peter Strickland, the mind behind such outré curios as “The Duke of Burgundy” (2015) and “In Fabric” (2020).

From world cinema come efforts by two of the very best: “One Second” (May 1, Brattle), a Cultural Revolution prison-escapee film directed by Zhang Yimou (“Raise the Red Lantern,” “Shadow”) and “Both Sides of the Blade” (April 29, Brattle), a love triangle from Claire Denis (“High Life,” “White Noise”) with the ever-alluring Juliette Binoche as the object of desire. On the thriller side of things there’s “God’s Country” (April 30, Brattle) starring Thandiwe Newton as a grieving black college professor who confronts a pair of white hunters insistent on accessing her land; “Resurrection” (April 29, Brattle) with Rebecca Hall as a woman who starts seeing her ex (Tim Roth) everywhere; and “How to Rob” (April 29, Somerville) about two thieves who steal from South Shore and Cape bookies and drug dealers until one angered target unleashes a team of hitmen to even the score.

For changeups there’s “Piggy” (April 30, Brattle) about a bullied teen who witnesses the kidnapping of her tormentors; “Good Luck to You, Leo Grande” (May 2, Brattle) with Emma Thompson playing a 60-something widow who gifts herself a male prostitute; and the closing-night film, “Marcel, the Shell with Shoes On” (April 30, Coolidge), an animated feature about a mollusk named Marcel with the voice talents of Jenny Slate and Isabella Rossellini. The IFFB’s Centerpiece Narrative Spotlight is on “I Love My Dad,” James Morosini’s semi-autobiographical tale about a father (Patton Oswalt) who catfishes his son (Morosini) in an attempt to reconnect with him. It screens April 30 at the Somerville Theatre.

On the non-narrative lineup, from big-name director Ron Howard (“Rush,” “Apollo 13”) there’s “We Feed People” (April 29, Somerville) about celebrity chef José Andrés and his nonprofit World Central Kitchen; “The Janes” (May 3, WBUR), a doc by Tia Lessin and Emma Pildes about a clandestine network in 1960s Chicago that helped women get abortions and medical care; “Fire of Love” (April 29, Somerville) about volcanologists Katia and Maurice Krafft, who lost their lives in a 1990s eruption; and “Riotsville, U.S.A.” (April 30, Somerville) about the rehearsal of military responses to the sweeping riots of the late 1960s. This year’s Centerpiece Documentary Spotlight will be “Girl Talk” (May 1, Somerville) from area filmmaker Lucia Small (“My Father the Genius”), following five girls on a top-ranked Massachusetts high school debate team.

On Sunday, the IFFB hosts “The Panola Project: Celebrating the Power of Black Women,” with a panel discussion preceded by a screening of the title short film about Dorothy Oliver, an activist who worked to get her town of Panola, Alabama, vaccinated against Covid-19 – and nearly all adults in town are because of her efforts. Amber Payne, co-editor-in-chief of The Emancipator, moderates the conversation with Oliver and the filmmakers.

The Student Shorts Showcase (April 30) and “Panola Project” panel are set to take place at the Somerville Theatre and are free to the public.

For information, tickets and a complete listing, see the IFFB website.