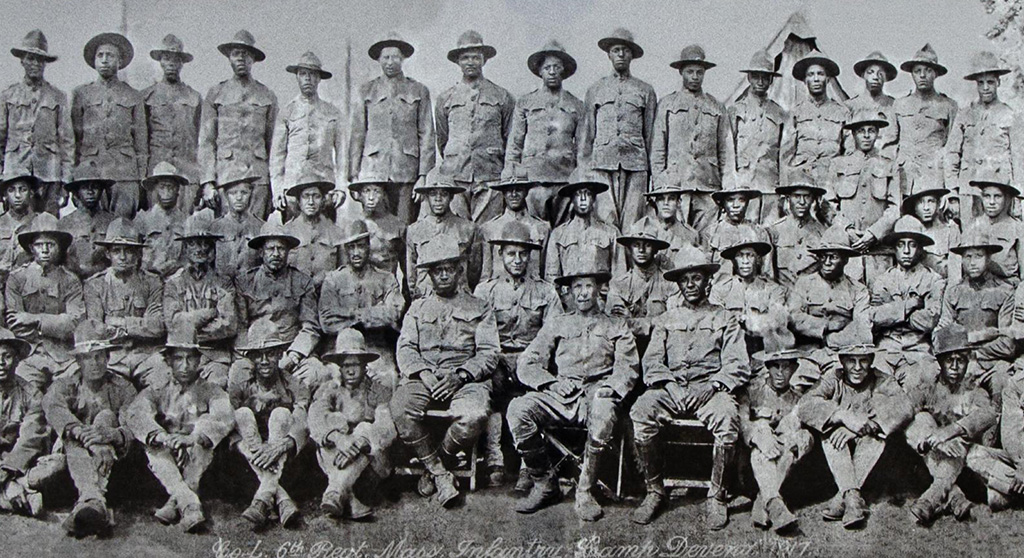 This photo belonged to Bruce Wright and hung on the wall in his living room for more than 40 years.

A panoramic group portrait taken at Camp Devens in 1917 is one of the few surviving photos of Company L, 372nd Infantry of the 26th Division of the Massachusetts Army National Guard. If you were a Black man in the Cambridge-Boston vicinity recruited or drafted to serve in the U.S. Army in World War l, this would likely be your regiment.

In this regiment and somewhere in this photo is Cambridge’s Clifton Merriman, who was awarded the Distinguished Service Cross for his heroics. In Central Square, the Clifton Merriman Post Office Building honors this soldier who worked and later became assistant superintendent there. 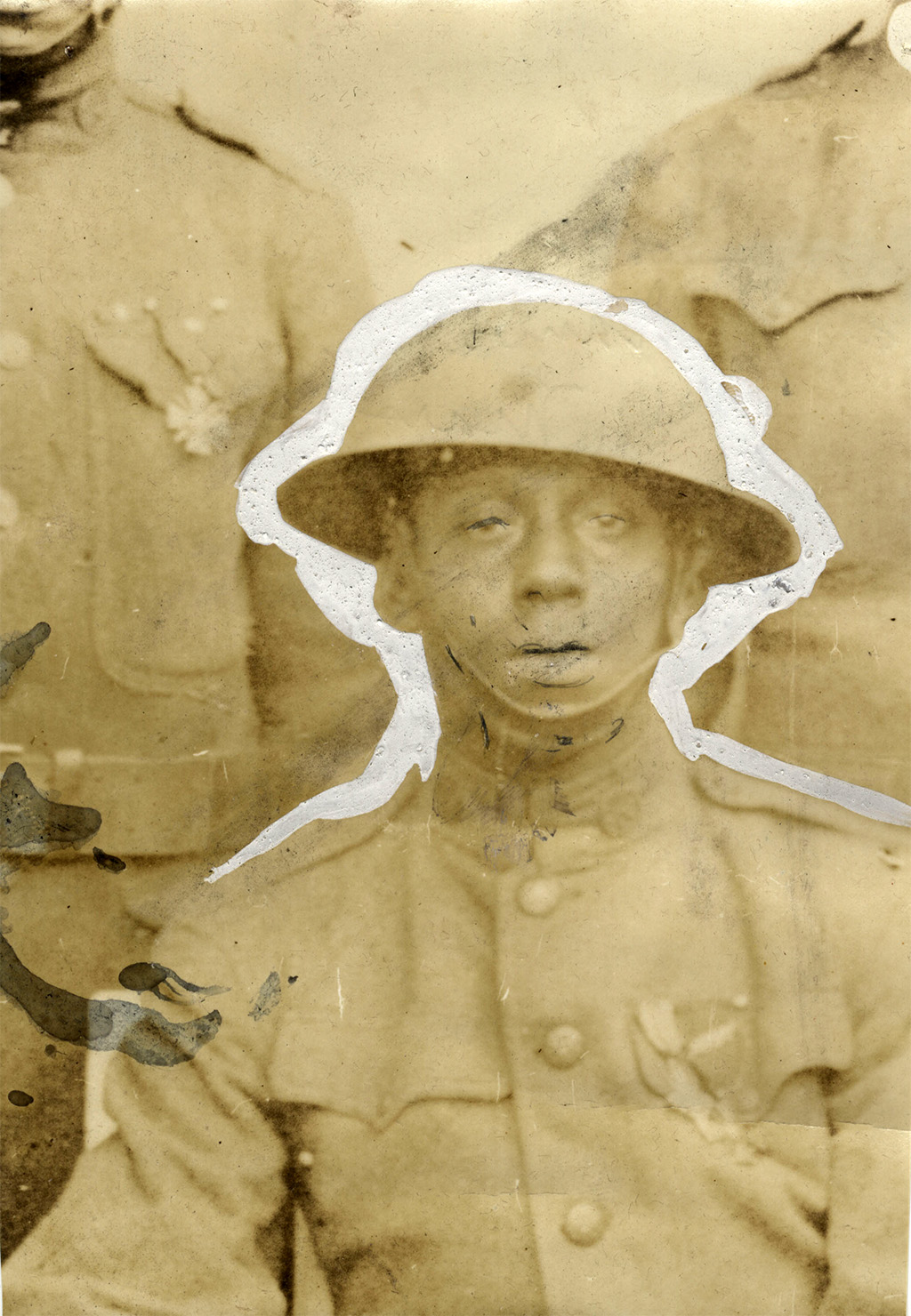 Recently, the Cambridge Black History Project learned that Merriman’s heroics are being reexamined by the George S. Robb Center to see if he was denied a higher-level valor award, possibly the Congressional Medal of Honor, because of his color.

Also in the group portrait is Cambridge’s own Bruce Wright, my grandfather, whose World War I diary is the only one known to have been published by a Black soldier. 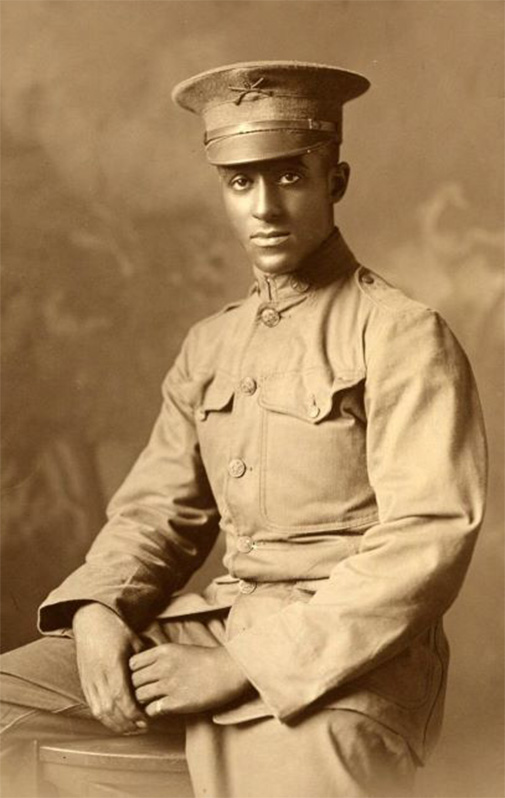 The Great War, as it was then known, was an international land, air and sea conflict that left more than 8 million military personnel and 6.6 million civilians dead. The Black men of Company L embraced the civic and patriotic duty to support the war effort. African Americans had fought in every war since the American Revolution and once again looked at this new war to demonstrate their loyalty to the nation and to be rewarded with greater civil rights.

The Army at that time maintained a rigid racial segregation policy. Those wanting to put their lives on the line joined Company L, which was eventually seconded to the French Army’s 157th Division, known as the Red Hand Division. This secondment to the French was the result of the U.S. Army refusing to let Black men fight and assigning them to menial labor, such as unloading ships. My grandfather and his friends who started out with Company L refused to be servants, and the French were only too happy to take America’s Black soldiers.

They fought valiantly in the Champagne region, were part of the Meuse-Argonne offensive and eventually moved to the Vosges Mountains area of the front.

The French paid tribute the 372nd infantry with unit and numerous individual citations. The regiment returned to the United States with French medals and citations awarded by a grateful French nation. A monument to the 372nd Infantry Regiment was erected after the war south of Monthois to commemorate the unit’s fighting in the Champagne region, in which the regiment took 579 casualties – the total killed, wounded, taken prisoner and missing.

When my grandfather was alive, Memorial Day was a day well celebrated. The day began with the whole family preparing for Cambridge’s Memorial Day Parade. My grandfather and many of the men in my family would march for the Isaac Wilson Taylor VFW Post, and my grandmother and other women in the family would march with its Ladies Auxiliary. So many have made great sacrifices for us on the field of battle. All should be memorialized.

James Spencer is president of The Cambridge Black History Project.