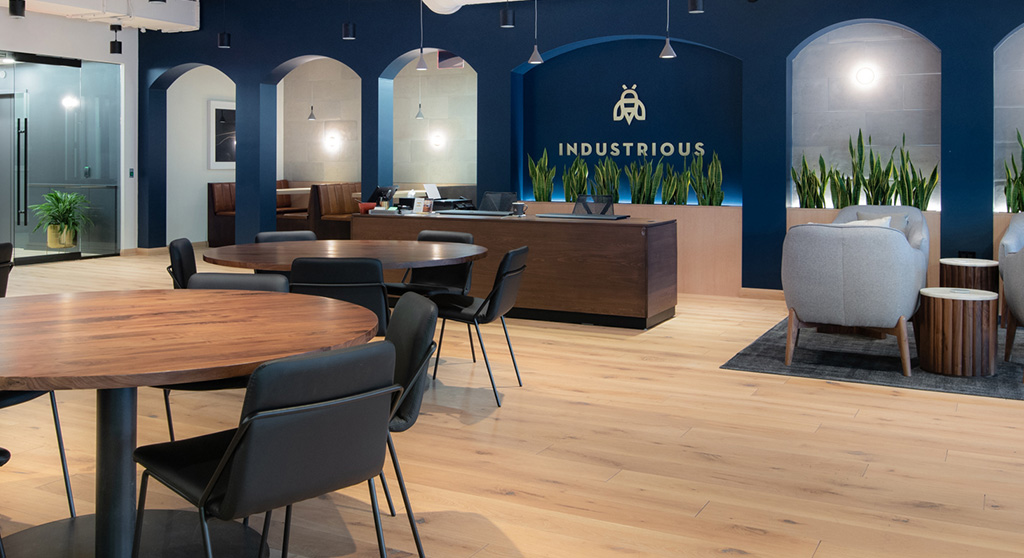 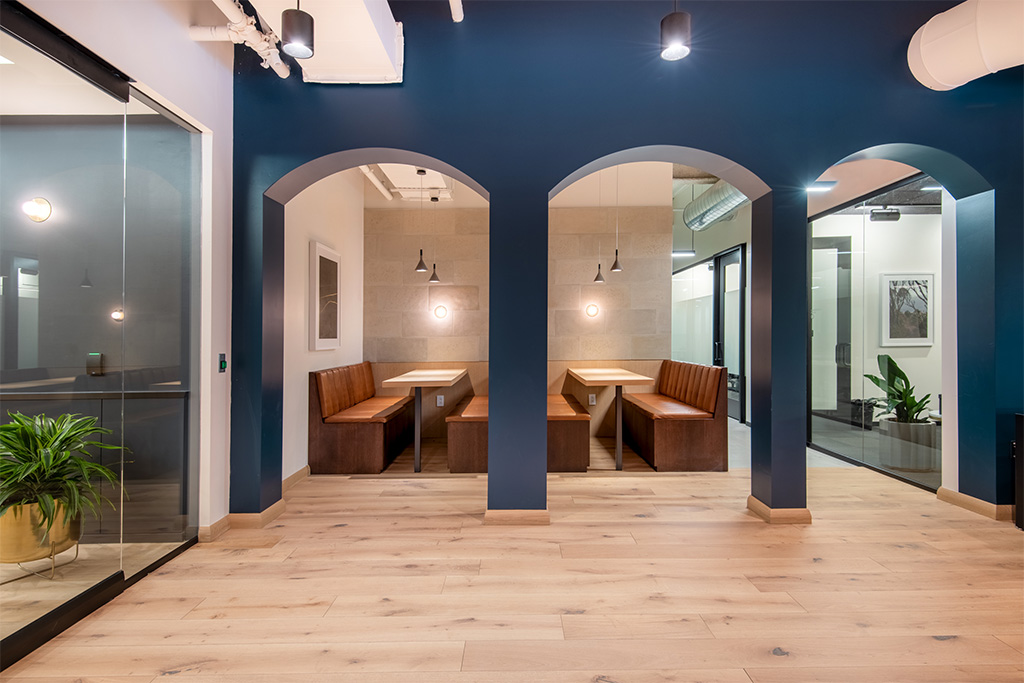 Industrious offers a variety of environments in its coworking offices, including these booths in the Copley location in Boston. (Photo: Industrious)

Cambridge is getting another coworking space, this one in Harvard Square.

Industrious, which has Back Bay, Copley, Financial District and Seaport locations in Boston, said Tuesday that it plans to open a site of more than 21,550 square feet within The Charles Hotel in partnership with owner Carpenter & Co., a real estate developer, manager and broker.

The opening is expected in December.

It comes at an interesting time for offices, as the coronavirus pandemic sent most office workers home and created a resistance to a full-time return, which industry analysts have said is expected to depress the need for space long term. “This partnership with Carpenter & Co. will allow us to better support the needs and preferences of modern workers, furthering our vision to truly support work-from-anywhere,” said Doug Feinberg, senior director of real estate at Industrious.

It also follows the financial collapse of WeWork – which has space at 625 Massachusetts Ave. in Central Square – which made a splash in the field but overhyped a simple model of leasing space just to sublease it to businesses. Industrious, though, has partnership agreements with landlords, not traditional leases, the company noted, calling it a unique business model in the commercial real estate industry for its more than 100 coworking offices in 50 cities.

Richard Friedman, president and chief executive of Carpenter & Co., called Industrious “the perfect fit for our space” that “we looked long and hard for” – but still referred to it as “the right tenant to complement the Charles Square complex.” The Charles Hotel is at 1 Bennett St., but the business address for Carpenter and Industrious is the adjacent 20 University Road.

Cambridge has a few general coworking spaces spread out citywide, including the CIC (formerly the Cambridge Innovation Center) in Kendall Square, Workbar in Central Square and a Staples Studio in Alewife. There are also several incubator spaces.

A month of “community” membership at Industrious in Greater Boston goes for from $428 to $648 and office space for between $1,121 and $1,600, TravelMag said in September. By comparison, so-called hotdesking at Workbar starts at $229 monthly – for 10 days access a month – and is capped at $399 for full-time access. It also offers rates starting at $29 daily or $10 hourly. Full-time memberships at Staples Studio are $299 monthly, and a seat in a private or shared office is $599 monthly.