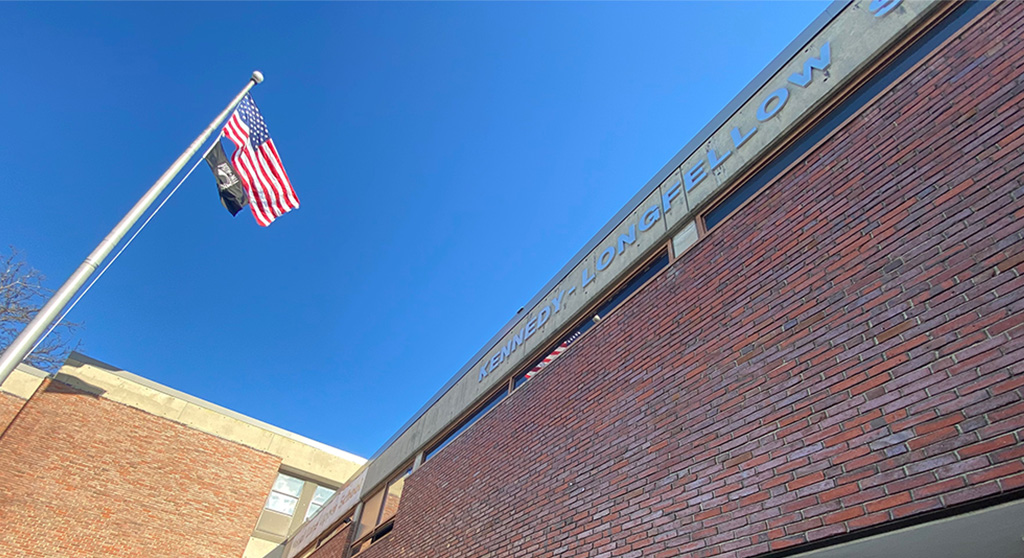 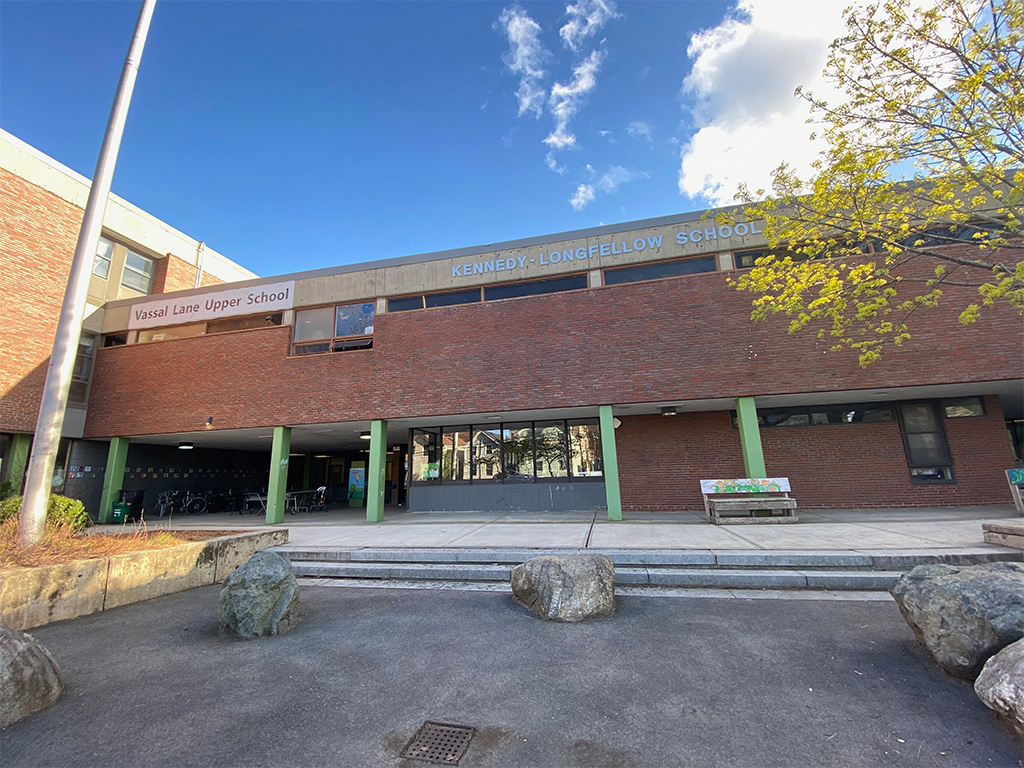 The family of a student attending the Kennedy-Longfellow School in 2017 took legal action after punishment they said was unfair. (Photo: Marc Levy)

The state Appeals Court dismissed on Tuesday part of a lawsuit asserting that Cambridge school officials discriminated against a black fourth-grader described as being subjected to an extraordinary on-and-off-again suspension four years ago. One judge strongly dissented from the ruling, which was based on a legal technicality – that the child’s lawyer filed the suit with the schools superintendent instead of the city manager or other city of Cambridge executive.

According to the suit, the boy suffered “severe emotional distress” including “anxiety, sleep deprivation, weight gain and post-traumatic stress” as a result of the action. He attended Kennedy-Longfellow School in East Cambridge at the time of the suspension. A lower court judge agreed to keep the child’s identity secret for privacy reasons but refused to impound other records of the suit because “the case is of public importance,” according to an entry in the case record.

The two associate justices in the Appeals Court majority, William J. Meade and Mary Thomas Sullivan, agreed with the city’s position that the boy’s lawyer should have sent notice of his suit to the city, not the schools superintendent, because the school department is not a “legal entity” separate from the city. In a dissent, Associate Justice Peter J. Rubin said the boy was entitled to sue the school department and thus had correctly sent notice to the schools superintendent.

“The [Massachusetts Tort Claims Act] allows suit against a city department so long as its executive officer has been timely presented with the claim in writing, as he was in this case,” Rubin wrote. “The court majority’s holding effectively eliminates that part of the MTCA.”

Rubin questioned what the consequences would be of holding that a school superintendent operates under the supervision of a city manager and that plaintiffs cannot sue a school department.

The Appeals Court decision applied to one count of the lawsuit alleging “negligent infliction of emotional distress”; three other counts citing racial and gender discrimination and lack of due process remain to be decided in a trial. No evidence has been presented, so the allegations remain unproven. But state education department officials investigated the suspension in 2018 and found that the school district violated the student’s rights, according to the suit. The state ordered Cambridge school officials to remove the suspension from the student’s school records.

The student’s lawyer, Sania Santos of Brockton, didn’t respond to a message left at her office Tuesday. Cambridge spokesperson Lee Gianetti said the city would not comment because “litigation remains ongoing in this matter.”

The boy was suspended Dec. 21, 2017, the suit said. The previous day, some female students had complained that male students had been looking at photos of naked women on their cellphones as they waited for the bus after school.

This student had not been at school that day. Yet when he returned, the assistant principal at the time, Erin Kuehn, pulled him from class and summoned his grandmother to the school.

After the grandmother told the assistant principal that the boy hadn’t attended school the previous day, and that she forbade him to take his cellphone to school anyway, the boy was allowed to return to class and his grandmother went home, the suit said. But a half-hour later, school officials sent the boy to an unused classroom for three hours.

On that day, Dec. 22, the boy’s father came to the school to find out more; he was told the child was suspended not because of the photos of naked women but because of “an incident in the cafeteria in which fourth-grade students were allegedly overheard saying ’they wanted to have sex with girls in their class,’” the suit said. Later that day, a school official scheduled a meeting on Jan. 2 with the family to discuss when the suspension would end, according to the suit.

The family canceled the meeting on Jan. 2, allegedly because the boy was so anxious about further discipline that he couldn’t leave his house, the suit said. On the rescheduled date the next day, the family showed up but principal Christine Gerber wasn’t available, according to the suit. Later that day, officials told the boy’s father that the suspension had been canceled and the boy could return to class the next day.

After an investigation, the state Department of Elementary and Secondary Education found in June 2018 that school officials had violated the boy’s rights and ordered the suspension removed from his records, the suit said. A month later, the boy’s grandmother met with city councillor Marc McGovern, then mayor of Cambridge and chair of the School Committee, to ask that the boy get an alternate school placement and that the schools hire more black teachers. McGovern referred the grandmother to his secretary, according to a legal brief filed by the boy’s lawyer; the brief said no action was taken on the child’s “claims.” The suit was not filed for more than a year after that meeting so it’s not clear what the “claims” were.